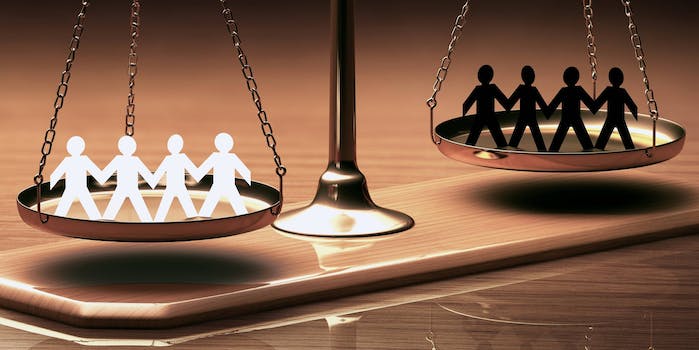 Sunday wasn’t just for Father’s Day and dozens of LGBT Pride celebrations this week—it was also the 150th anniversary of the Juneteenth holiday that commemorates the freeing of slaves at the end of the U.S. Civil War.

The history of Juneteenth is complex. Though President Abraham Lincoln issued the slavery-abolishing Emancipation Proclamation in 1863, news traveled slowly across the Confederate southern states. A full two and a half years later on June 19, 1865, Union General Gordon Granger arrived with troops in Galveston, Texas and announced that slavery was no longer legal and that the “connection heretofore existing between them becomes that between employer and hired labor” instead.

The next year, newly freed African-Americans in Texas celebrated with the first in a long line of Juneteenth parties. Because of segregation laws, many early Juneteenth celebrations were held on land purchased by former slaves expressly for the purpose—including Houston’s Emancipation Park.

Nowadays, Juneteenth celebrations often take the form of parades that wind through historically black neighborhoods across the nation. Some of the largest celebrations of the holiday take place in major cities like Atlanta, where the parade is followed by a music festival attended by thousands.

According to the National Juneteenth Observance Foundation, which campaigns for the date to be observed as an official national holiday, Juneteenth is officially observed in 45 states. The only U.S. states that don’t observe Juneteenth are Hawaii, Montana, New Hampshire, North Dakota and South Dakota.

On social media Sunday, many observed Juneteenth as the black community and advocates have done for years: by calling for America’s other independence day to become an official national holiday.

@POTUS can you work on recognizing #Juneteenth as a national holiday? If Texas can declare it a state holiday, you can make the declaration

Today, Juneteenth (6/19) the day marking the official end of slavery in Texas (the last state 2 do so) shld be a federally observed holiday

It would be great if one of Obama's last official acts is to declare #Juneteenth a national holiday (which it should be.)

#Juneteenth should be a federal holiday. A celebration of liberty purchased in blood? That's as American a holiday as you can get.

Seriously, why is Columbus Day a federal holiday, but #Juneteenth is not?

Year after year, Americans wonder why Juneteenth—a celebration of liberty and the end of enslavement—is not a federal holiday while so many other historic moments are. Some on social media noted that the nation’s first black president gave a speech recognizing Juneteenth and urged him to declare the date a federal holiday before he leaves office in November.

President Obama issued a statement on Sunday that applauded Juneteenth, but stopped short of declaring it a national holiday.

Juneteenth is a time to recommit ourselves to the work that remains undone. We remember that even in the darkest hours, there is cause to hope for tomorrow’s light. Today, no matter our race, religion, gender, or sexual orientation, we recommit ourselves to working to free modern-day slaves around the world and to honoring in our own time the efforts of those who fought so hard to steer our country truer to our highest ideals.

Juneteenth’s status as an unofficial national holiday can unfortunately lend itself to pandering. This Sunday, everyone from Rachel Dolezal to the Republican National Committee offered up Juneteenth greetings that no one asked for.

In a statement posted to the GOP website, RNC chairman Reince Priebus and co-chair Sharon Day made sure to note that Emancipation Proclamation author Abraham Lincoln was a Republican before waxing on the holiday’s greater meaning.

“On this day we honor African American heritage and remember the celebration that took place upon liberation and the official end of slavery,” said Day in the statement. “Juneteenth allows us to reflect on how we will continue to work towards a better future where justice and equality is valued and guaranteed to all.”

Twitter users outright mocked third-party presidential candidate Jill Stein, who announced on the social platform that she was at a Philadelphia Juneteenth festival gathering signatures—even though the accompanying photo showed a room full of white people.

Jill…you sure you at Juneteenth? In Philly? Cause…I got questions… https://t.co/S1wD4fSs8t

Some Twitter users pointed out that Juneteenth is a holiday closely tied to the black community in Texas specifically, and that white politicians and others who used the holiday as a messaging springboard were doing it wrong.

Black people who don't have roots in Texas step carefully around Juneteenth. But white folks are just jumping on? Naw. Nope.

Regardless of the confused national messaging, Juneteenth was celebrated all over Texas with an eye toward the future. In Midland, a Saturday festival was held with a theme of “Breaking the Cycle.”

In Galveston, where it all began, an annual march took place from the courthouse to the steps of the Reedy Chapel African Methodist Episcopal Church. Speaking with the Houston Press, Reedy Chapel trustee Sharon B. Gillins declared that Juneteenth should be observed at the national level.

“We want to keep our history alive. But it’s not just Reedy history, not just Galveston history,” said Gillins. “This is national history. I would like to see this stop being pigeonholed as African-American history. It’s American history.”