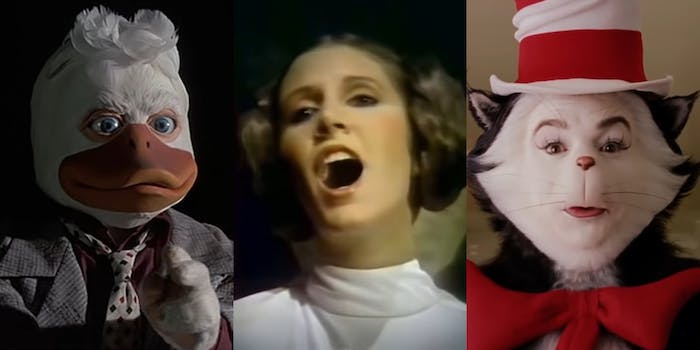 The first presidential debate was much worse than these bad movies

The first presidential debate on Tuesday night was, to put it lightly, a hot mess and a catastrophic disaster. But for some creatives, it put some of their own worst work in a new light.

Almost immediately after the debate ended, writer Jeremy Slater, whose resume includes The Exorcist TV show, The Umbrella Academy, and Moon Knight, took a shot at one of his own worst moves. Slater co-wrote the widely panned Fantastic Four film from 2015, a superhero movie that almost nobody would say is good. But as bad as that might be, it doesn’t compare to what happened last night.

Over the next several hours, stars from Mark Hamill and Lea Thompson chimed in with some of the darker spots in their illustrious careers to use as a comparison to the first presidential debate.

But other writers also joined in on the self-owns as they dragged the worst projects of their careers—along with the simply questionable ones—to prove a point.

And yes, even the writer of Sharknado—the made-for-TV movie that sparked several sequels—chimed in.

There’s definitely a bit of self-awareness as these writers poke fun at their own worst work while highlighting just how unwatchable the presidential debate between Donald Trump and Joe Biden actually was—which involved interruptions and shouting, a lack of control from the moderator, and Trump’s refusal to condemn white supremacists.

But as far as proving their point that their worst movies are worse than the debate, you might just want to take their word for it.