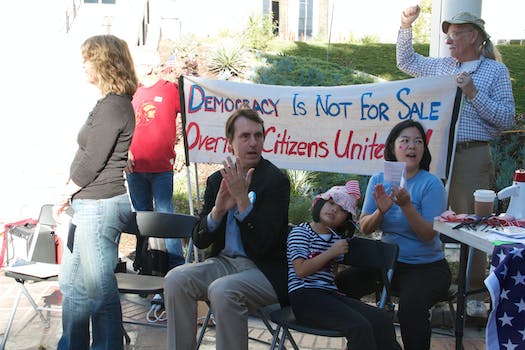 Money in politics has gotten almost comically absurd. This Chrome extension capitalizes on the comedy.

Corporate money in politics is at an all-time high these days, thanks in part to the Supreme Court’s Citizens United ruling allowing corporations and unions to spend unlimited funds in support of candidates.

It would be great if candidates were simply transparent about the corporate machines funding their campaigns, but relying on any  politician to be forthright is naive.

Lucky for us, Mike McGuire has done his country a service by creating a Chrome extension that replaces every candidate’s name with that of their top corporate sponsor.

The extension, called Corporatize, “brings truth to politics,” McGuire told Death and Taxes. “The American people feel disenfranchised by corporate America, for very good reason. People deserve to know who is fueling our political process and this seems like an obvious platform for showing that.” 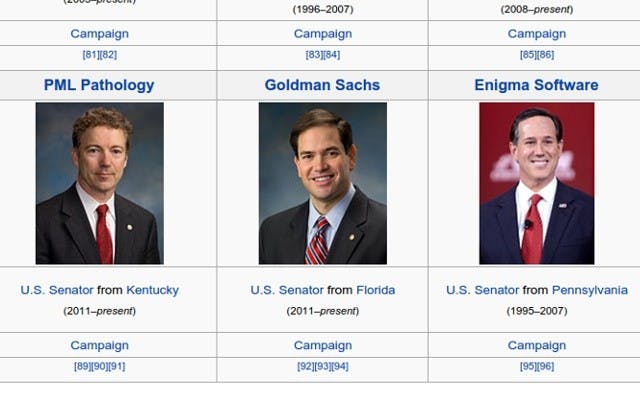 Let’s take a brief moment to acknowledge Ohio Gov. John Kasich (R), the only candidate still in the race with no major backing. We commend this tried-and-true Midwesterner for keeping his campaign finance relatively kosher, but he should consider fundraising harder if he wants to compete with corporate-backed contenders.

When you install Corporatize, election coverage becomes too real for comfort. Check out Politico’s front page. 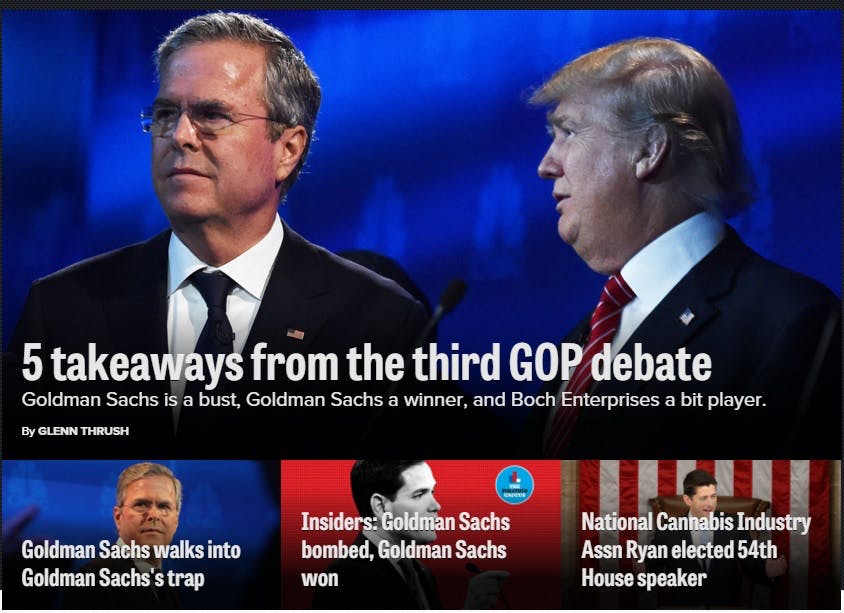 This is twisted humor. On the one hand, we can rejoice knowing that Goldman Sachs, which did catastrophic damage to the U.S. economy, partially lost the Republican debate Wednesday night. On the other hand, we realize that the true winner of the debate was Goldman Sach, not the American people. That’s sort of funny but mostly sad.

However, it’s better to be informed about campaign finance than to believe that candidates are raising most of their money from average Americans.  Corporatize serves as a constant reminder that our democratic process has been subverted by special interests. Perhaps the only person looking out for the American people is creator Mike McGuire himself.

H/T Death and Taxes | Photo via barryelevine/Flickr (CC BY SA 2.0)