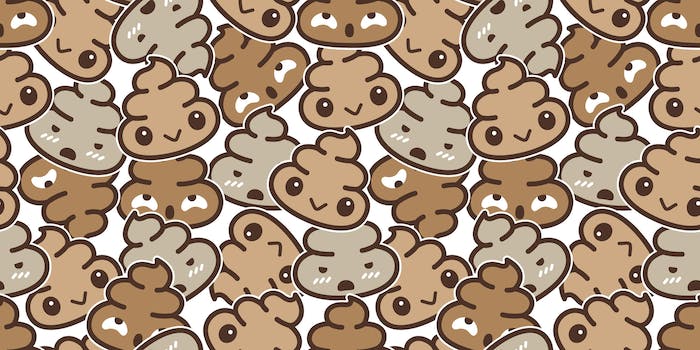 Americans are toughing out coronavirus quarantine with the #poopchallenge

There is no one right way to occupy oneself during a quarantine and cope with the anxiety induced by a global pandemic—but there is a definitive wrong way.

More specifically, it involves the #poopchallenge, a burgeoning social media challenge that has amassed tens of thousands of tweets. The gist of it is simple: Parents ask their children to fetch them some toilet paper, which they have adorned with a substance that resembles poop but is more sanitary—such as peanut butter—and film their kids’ reactions.

That’s it. That’s the challenge.

Admittedly, the #poopchallenge has produced some funny results. Kids, it turns out, are masters of shaming adults for bad hygiene. Just check out Twitter user @_brittanilh’s submission, in which her son looks incredulously at the roll of dirty toilet paper and groans in a way that sums up our entire global worldview right now.

But it turns out kids also have an incredible capacity for forgiveness. When Twitter user @xiaraaaaa_ tried the #poopchallenge on her daughter, she instantly went into problem-solving mode, washing her hands and telling her mom that everything was OK. “I’m always not mad at you!” she assured her.

Some people flipped the #poopchallenge on their parents, like Twitter user @_RachelSayss, who smeared some Nutella on her toilet paper before asking her mom to pick it up. Apparently, she did a convincing job, as her mom gives an impassioned “What the fuck?!” after getting her hands dirty. Really, can you blame her?

Some kids, after learning the #poopchallenge was a prank, still needed further convincing. Take @EMC240’s son, who, after being told he had only touched chocolate, licked his hand for verification.

Because this is Twitter, the #poopchallenge also earned swift condemnation from people who are rightfully baffled at the way others spend their free time. At this point, it’s difficult to tell whether the participants or the detractors are boosting the hashtag more.

Just remember folks: Someday, when your children are of tweeting age, they will unearth these #poopchallenge videos, and their Broken Internet Brains will concoct a revenge plot far more dastardly. You will have made your bed, and it will be time to lay in it. For now, though, enjoy more half-wholesome, half-disgusting #poopchallenge videos.

It’s Monday. Week one of quarantine is down. We’re already making poop videos. May God have mercy on America.