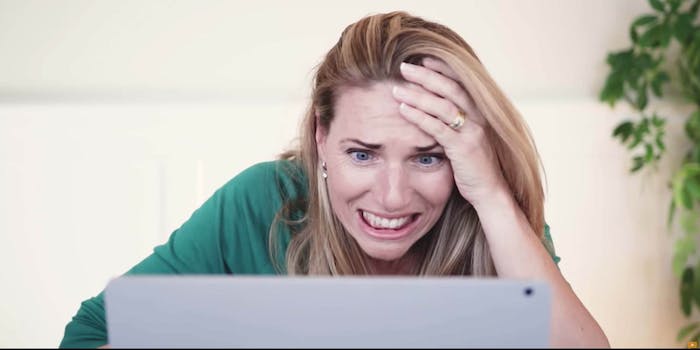 Tools for remote workers feel the strain amid the coronavirus pandemic.

Microsoft Teams experienced widespread issues all across Europe on Monday as millions of people attempted to work from home amid the ongoing coronavirus pandemic.

The software, which allows individuals to collaborate with coworkers remotely, began experiencing connectivity issues around 9am GMT, the Daily Mail reported.

Workers reported problems with the platform in numerous countries, including Belgium, France, Italy, Spain, and the U.K.

At least 524 users alerted Microsoft to the problems, 77 percent of which surrounded server connection issues. Some couldn’t even access the Microsoft Teams’ website or log in altogether.

Although Microsoft later said it had eventually “resolved an issue that may have impacted a subset of customers in Europe,” users on Twitter continued to complain well into the early evening, although at a less substantial rate.

“Hi @MicrosoftTeams are you guys having some network overload?” user @FernandoScheps asked.

The issues are somewhat unsurprising given the overnight influx of workers who began using the software. Microsoft had also recently announced that the platform would be made available to companies for free for the next six months in response to the outbreak.

Numerous countries throughout the region have also closed their borders and shut down most businesses in an attempt to stop the virus from spreading further.

Over the weekend, Spain went into a full lockdown.

Other tools designed for remote work such as Zoom, Google Hangouts, and Slack have also seen huge growth over the last few weeks.