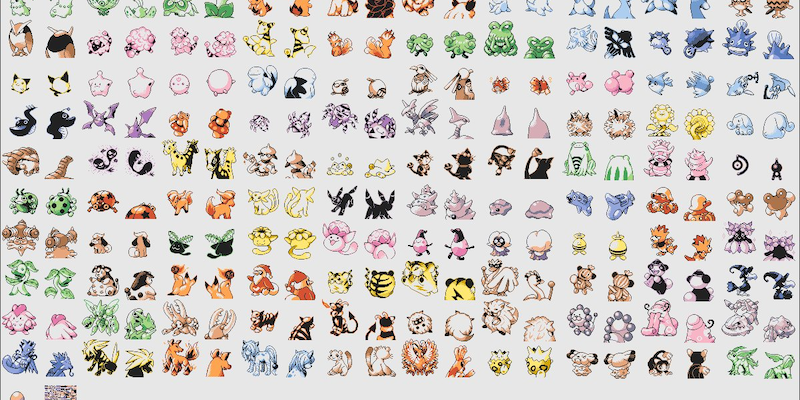 Got to catch all the beta Pokémon.

The Pokémon world was absolutely shook this week, and it wasn’t just over the release of new Nintendo Switch game Pokémon Quest and the forthcoming titles Pokémon Let’s Go Pikachu! and Let’s Go Eevee! Early betas of Pokémon Gold and Silver leaked to the world and Pokemon Gold and Silver beta memes were born. Fans pooled their efforts to comb through the ROMs and find any differences between the early versions and the final products that Pokémaniacs couldn’t get enough of back in 1999 when it officially launched on Game Boy Color.

What they found and posted on The Cutting Room Floor for all us to see is astounding. The leaked betas were showcased an E3-like promotional event known as Space World 1997, and between then and the full release of Pokémon Gold and Silver, almost everything we know about the classic Pokémon games has changed.

The best of the ‘Pokemon Gold and Silver’ beta leak

Tons of never-before-seen Pokémon came to light for the first time, and people can’t get enough of them. Internet denizens’ reactions, like the Pokémon themselves, run the gamut from “Man, I wish they’d have used that one,” to “Oh my God, that’s horrifying.”

One of the biggest shockers to come out of the leak was just how many evolutions of the original 151 were scrapped. When Pokémon level up in-game, many of them transform into bigger, more powerful creatures. When Gold and Silver hit the scene, several of them were even given “pre-evolutions,” or “baby” versions of their adult forms. Pichu would eventually evolve into Pikachu, or Cleffa into Clefairy.

In the Gold and Silver beta, for instance, there were some Pokémon that were way cooler than what we ended up getting. Tangela’s evolutionary line, in particular, was amazing. Just look at it. Tangrowth could never be this cool.

Then there were some better left in the past, like this strange Metal-type evolution of Ditto that, well, yeah…it looks like a giant screaming condom. Astute observation, Twitter denizen.

The three legendary dogs are also better for the change. The originals look like fan-made My Little Pony characters in the worst way possible, as this Twitter user pointed out.

Unfortunately, we don’t have any official English names for these unreleased Pokémon, so some fans have just done their best to describe them.

One of the biggest letdowns of seeing these scrapped Pokémon is that some of their designs actually solved a lot of questions fans have been asking for years. For one, Remoraid evolving into Octillery actually made sense, because it originally looked like a revolver. Skipping the evolution, though? Not so much.

Also, if you’ve ever read Slowbro’s entry in the Pokédex, you may remember it says that the creature biting down on its tail is a Shellder. Well, even kids playing Pokémon Red and Blue knew that wasn’t a Shellder. Pokémon Gold and Silver were supposed to have an answer for that. The shellfish attached to Slowbro’s flank was to be its own separate Pokémon.

Original features that were later removed

Of course, some fans are more concerned about the other cut features found in the betas. In particular, losing skateboarding as a form of transportation was a deep blow for some.

Pokémon has a diehard fandom, and that means that these unofficial beta creatures are already getting their own fanart. It hasn’t even been a week yet and people are creating drawings memorializing them.

A team of artists on Reddit also made drawings of the newly discovered Pokémon in the style of Ken Sugimori. The result is an impressive rendering of what the Pokémon might have looked like in the final game.

We drew ALL the beta Pokémon! from pokemon

Of course, if you’re looking for something that shows off the actual beta sprites, Reddit has you covered too. Fans have already extracted all the artwork from the game and put together a spread of the front and back sprites of all the newly found Pokémon.

One of my life-long dreams was for the beta of Pokemon Gold to leak and approximately 8 hours ago my dream finally came true. Here are the unreleased and altered Pokemon from it, a lot of them are infinitely better than the Pokemon that we got in the final game. from gaming

Discovering this lost collection of Pokémon history has fans almost as enthused as if a new game was released. There’s good cause for it, though. Pokémon Gold and Silver were huge parts of so many people’s childhoods, and to get to take a look at what could have been is a heartwarming nostalgia trip. There’s still more to come, as data miners are still getting to the bottom of the beta. We aren’t sure what they’ll dig up next, but we do know one thing: People are going to keep the hot takes and reactions coming, and we’re here for it.