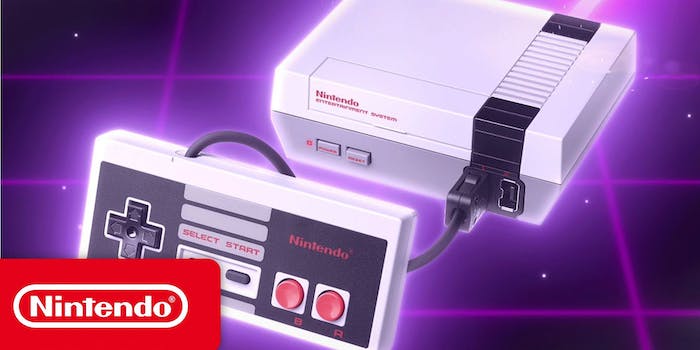 11 fascinating things you didn’t know about the original NES

Get ready to feel old.

Nintendo’s NES Classic mini is the hottest video game item in recent memory (if you could get your hands on it), and excitement over the nostalgia-heavy mini-machine has many gamers reminiscing about their original game systems.

Of course, a lot of information about the NES has been forgotten amid the 30 years of glowing memories. Below you’ll find a few facts about the system and its release that you may have never heard before. For more on the retro gaming machine, check out how much the NES Classic mini actually saves you, as well as our ideas for an SNES Classic.

It took five years but I finally found it: the very first advertisement for what became the Nintendo Entertainment System, from late 1984! pic.twitter.com/6r4sv7vSst

Frank Cifaldi, a prolific video game archivist and creator of the Video Game History Foundation, has spent years tracking down the marketing materials behind the original Nintendo Entertainment System. Earlier this year, Cifaldi discovered one of the earliest prototypes for the game boards, worked on by Satoru Iwata. Even more recently, Cifaldi tracked down a copy of Computer World’s January 1985 issue, featuring the very first ad for the NES. The console is concealed beneath a curtain, teasing the world of the gaming juggernaut to come later that year.
READ MORE:

In Japan, the Nintendo Entertainment System was released as the Famicom, with a white and red color scheme. Though the systems’ hardware was mostly the same, there were a few key differences between the global releases. Early prototypes of the controller featured square buttons, which were quickly changed to the iconic circles we know today. Famicom controllers also featured a microphone, a design element that never left Japan and that was hardly used by any of the console’s software. In Japan, the Famicom also supported the Family Basic Keyboard (seen above) and a Disk System that supported extra storage. Although he might not be the most iconic Nintendo hero, this friendly robot character recently made appearances in Mario Kart and Super Smash Bros. In fact, R.O.B. was created as a way to sell the NES during its initial run in North America. The Robotic Operating Buddy’s design marketed the NES as an advanced toy rather than a risky video game console, following the industry’s crash in the early 1980s. However, the flashy light-up toy only supported two games (Gyromite and Stack-Up) and didn’t survive on store shelves for very long. 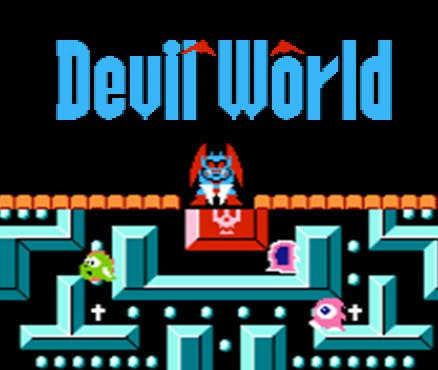 One of famed designer Shigeru Miyamoto’s earliest projects for the Nintendo Entertainment System never made its way to North America. Devil World played very similarly to Pac-Man but featured a significant twist. Players controlled a noble dragon creature who decided to wage war on the land of the devil. The player needed to collect crosses and bibles to avoid the devil who controlled enemies in the game’s maze. Due to Nintendo of America’s aversion to any religious iconography in games, this project was only released in Japan and Europe. Before most players had the internet easily at their disposal to solve a tough puzzle in The Legend of Zelda or advance in Super Mario Bros, the only way to move forward was with help from another player. Luckily, Nintendo offered the Powerline, a call-in telephone service hosted by players recruited for their Nintendo gaming skills. The service ran through the early ’90s, and Nintendo resurrected it earlier this year for the launch of the NES Classic. Nintendo fans are often critical of the company’s problems with third-party support on their systems, but the history of that relationship is more complicated than many realize. During the NES days, Nintendo controlled how many titles other companies could publish for their console in a year as well as how many copies they were permitted to sell. Publishers such as Namco weren’t satisfied with this, so they sought out other game manufacturers, like Atari’s company Tengen. The unlicensed cartridges they produced worked with the NES, though they looked quite different, and Nintendo ended up suing almost every company involved.

To commemorate the launch of the NES Classic, Nintendo has revived many of the materials that came with some of the original games, as well as some never-before-seen items, like the original Legend of Zelda map featured above. In fact, Nintendo launched a website recently that hosts the original manuals for all 30 of the games included in the NES Classic. It’s worth going through these pamphlets, as they hold plenty of secrets and forgotten facts about these nostalgic games.

The NES Classic comes preloaded with the original Final Fantasy game, and the series happens to be celebrating its 30th anniversary in 2017. Square’s RPG series is one of the most iconic and beloved franchises in gaming history, but it has a long and sometimes confusing history. The first game hit Japan in 1987, but it didn’t come stateside until 1990. Final Fantasy II and III made use of Famicom’s Disk System and were not compatible with the North American NES release. Therefore, Final Fantasy IV hit Super Nintendo in 1991 under the moniker of Final Fantasy II in North America. This peculiar naming scheme has since been changed, and the other two Famicom Final Fantasy games were made available in North America on other systems like the PlayStation 1, GameBoy advance, and Nintendo DS with their proper titles. 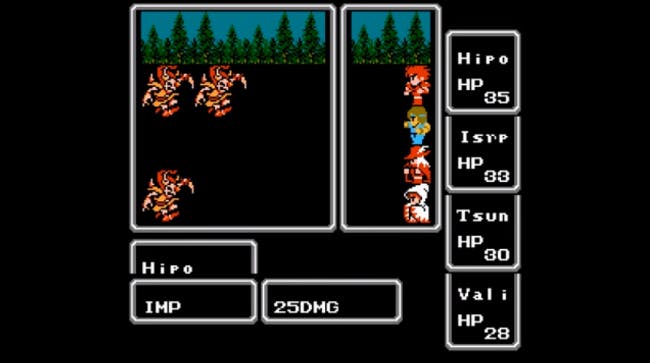 Screengrab via World of Longplays/YouTube

The Nintendo Entertainment System was originally released as the Famicom, short for Family Computer, in Japan. Development for the console began secretly in 1980, based on the popularity of the Atari 2600 and Intellivision, but with the goal of being a cheaper and more powerful alternative to the competition. Previously mentioned peripherals like the keyboard and disk drive were originally intended to be included with the system, but they were rejected and released separately to cut costs. The 8-bit gaming system launched on July 15, 1983, in Japan for 14,800 yen. The first run of the system was bundled with two controllers and home versions of popular arcade games Donkey Kong, Donkey Kong Jr., and Popeye. 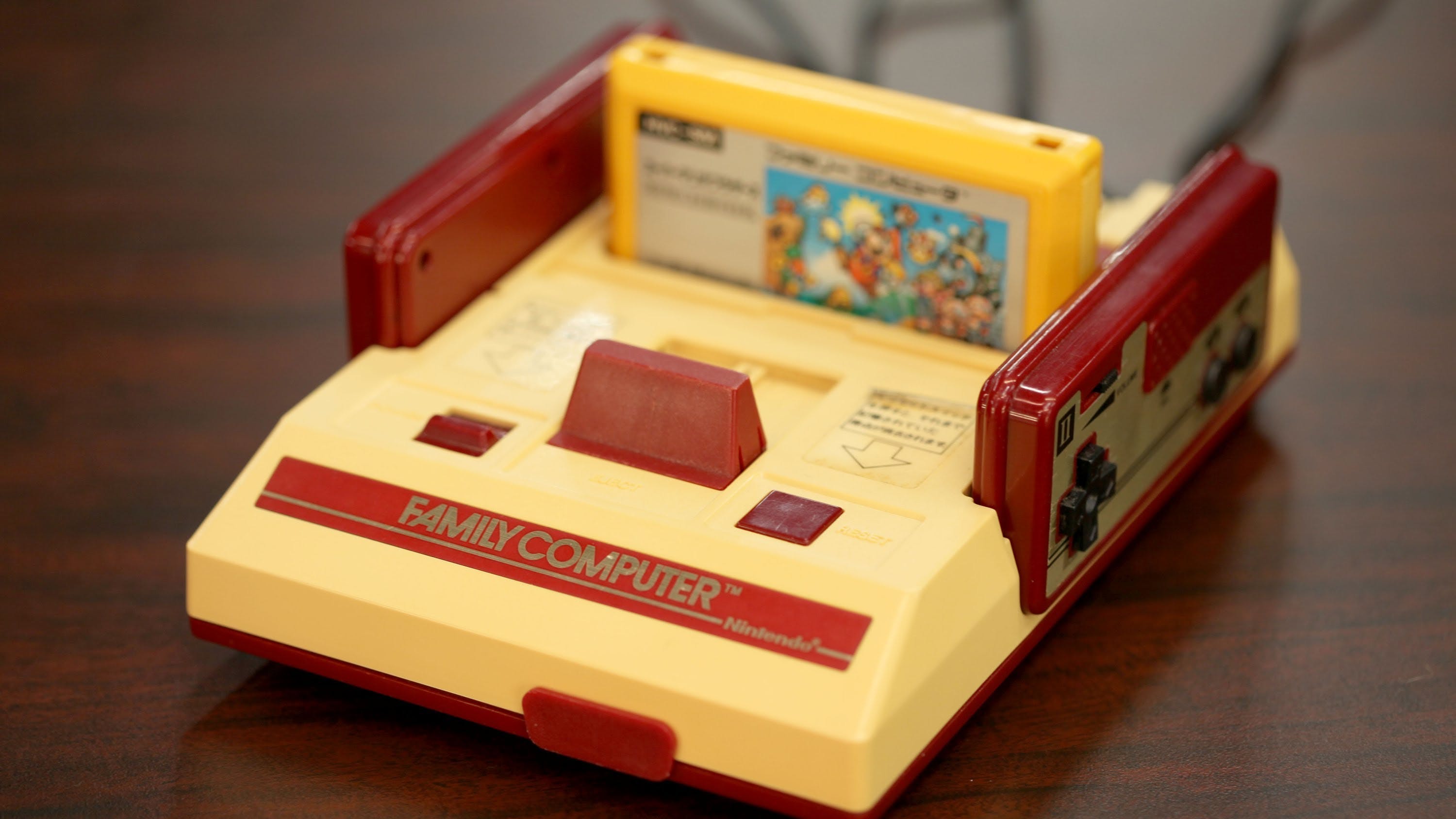 The Legend of Zelda 2: The Adventure of Link is the only proper sequel in the entire Zelda franchise. While other games maintain a great deal of continuity and universe-building, the timeline of the series is known to cause headaches, thanks to alternate timelines and parallel universes. However, in the days of the NES, the series still had a relative hold on the linear direction its story would go. Following Zelda 2, Nintendo began development on a proper, Zelda 3. What eventually happened to that project is one a longstanding debate in the fan community.

The real third Zelda game would become A Link to the Past, one of the most acclaimed video games of all time. After getting the green light on a new Zelda title, development began using NES hardware in 1988. However, with the SNES production in 1989, the game was moved over to the new, stronger system. Years after the game’s release, a supposed NES beta cartridge for Zelda 3 appeared on eBay. While the owner claimed it was the real deal, many video game historians speculated the game was a hoax due to a 1990 production date visible on the cartridge. The listing’s origin was never resolved, but fans have since agreed that a game titled “The Triforce Saga” never existed and that A Link to the Past was the only intended follow-up to The Adventure of Link, the final Zelda game for NES. 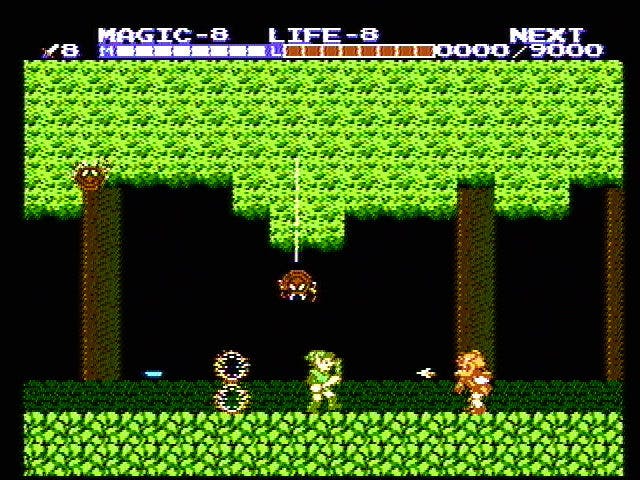 Zelda II: The Adventure of Link

Many who grew up with the NES likely have fond memories of the 1991 Star Wars game, a precursor to Super Star Wars that loosely followed the plot of the original film in a side-scrolling adventure. This game was, in fact, the second Star Wars tie-in on the Nintendo platform, though the original release never made it outside of Japan. Released in 1987, Star Wars for the Famicom took some interesting liberties with the property, the most egregious including Vader’s ability to turn into a shark and a scorpion.

The Namco title played similarly to other side-scrollers of the time, albeit with short interludes that gave players control of the Millennium Falcon and an X-Wing. It loosely borrowed the world-jumping structure from Mario Bros, with each level concluding in a showdown with Darth Vader. The Sith Lord could transform into beastly forms based on his location, with some real-world artifacts like great pyramids and the U.S. capitol building visible in the background. This title was never re-released, not even digitally, and lives in as much infamy as the Star Wars Holiday Special. 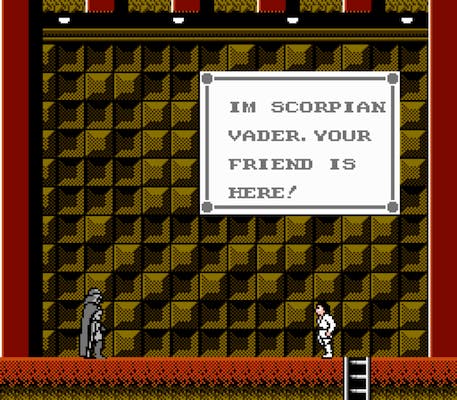 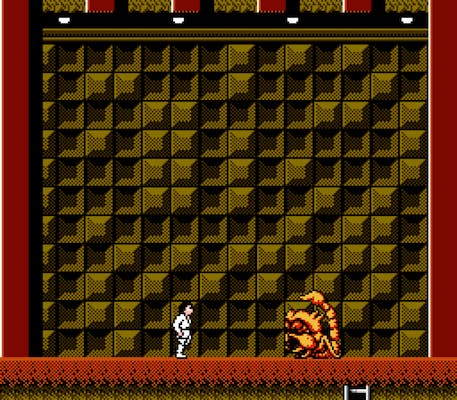