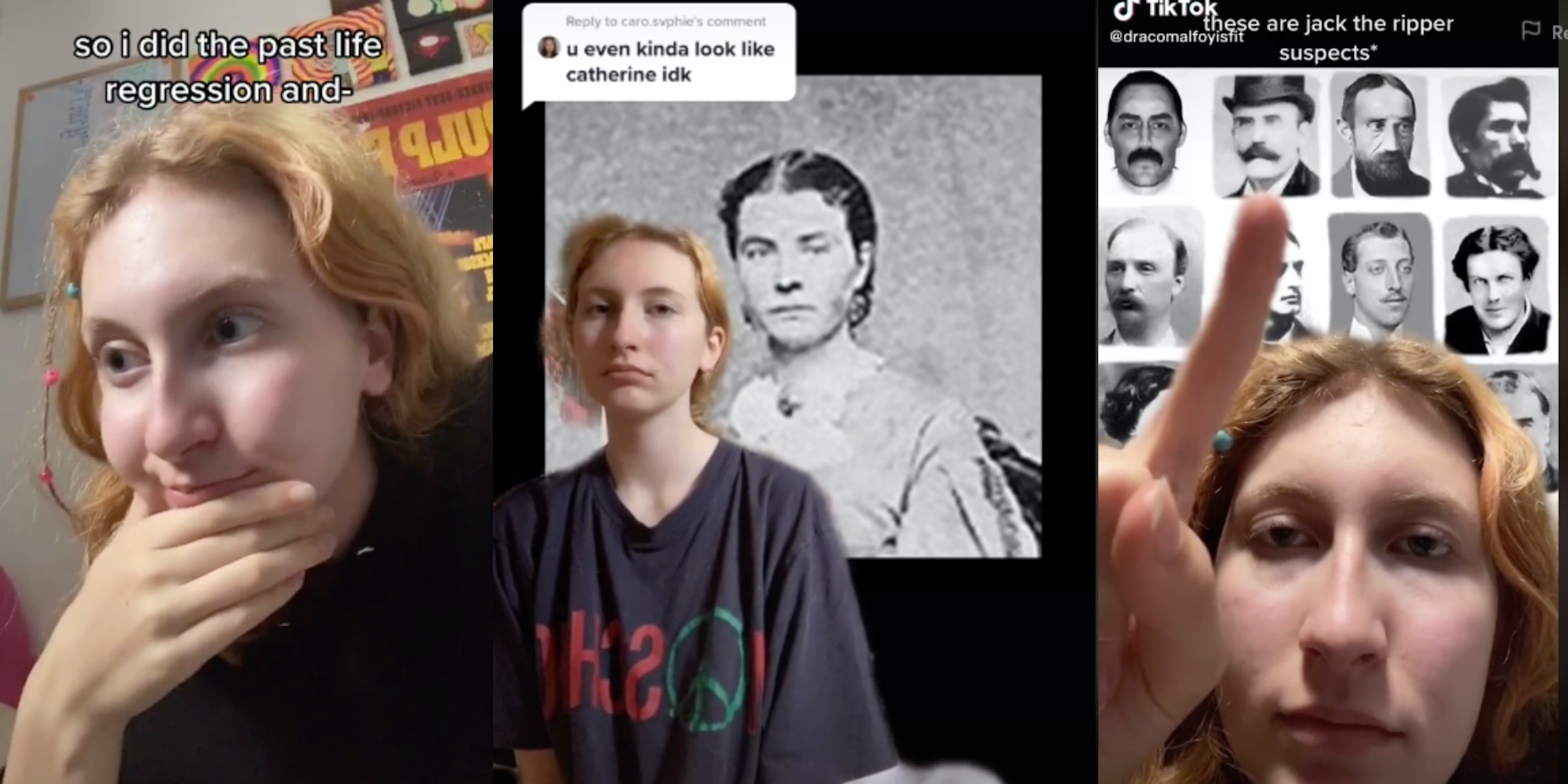 The trend has TikTokers attempting past life regression therapy and making content based on their alleged past lives.

A TikTok trend has users attempting past life regression therapy and making content based on their alleged past lives. One teen is claiming to be Catherine Eddowes, one of Jack the Ripper’s victims.

The teen, @dracomalfoyisfit, uses the Buggles’ “Video Killed the Radio Star,” the sound from another TikTok trend about death conspiracies, to allege the notorious serial killer murdered her in her past life. She completes her video with the hashtags #pastliferegression and #pastlife.

Participants of past life regression therapy are hypnotized, and visions of their past lives come to them during that time, according to Distractify. While some TikTokers are sharing videos featuring this hypnosis process, others, like @dracomalfoyisfit, are sharing the aftermath featuring what they discovered about their “past lives.”

“So, I was on the street, saw this guy. I was like, you know, a prostitute,” she begins in one of her storytimes. “We had a little chat, and then he took me like around the corner of the street.”

While there is some pushback surrounding the theory, most of Jack the Ripper’s victims were believed to be sex workers.

“Bear in mind, I saw the sign of the street, it was Whitechapel. You already know where this is going,” @dracomalfoyisfit continues.

The Whitechapel area, an impoverished district in East London, was the site where Jack the Ripper killed at least five women, leading them to be collectively referred to as the “Whitechapel Murders.”

“So, he took me into this alleyway and slit my throat. Right before he slit my throat, I asked him what his name was. He said, ‘Jack the fucking Ripper.’ Then my like soul left (my) body, and I was looking down at this body being mutilated,” @dracomalfoyisfit says.

“I looked at the cases, and I’m pretty sure I was Catherine Eddowes,” @dracomalfoyisfit adds.

Eddowes was believed to be the fourth Jack the Ripper victim, the second in just one night. Her body—including her face, uterus, and left kidney—was mutilated. Jack the Ripper often mutilated his victims’ bodies, leading some to believe he had surgical skills.

In more follow-ups, the teen compares her appearance to Eddowes’ using photos of the slain 46-year-old.

To this day, Jack the Ripper remains one of the most notorious unidentified serial killers.