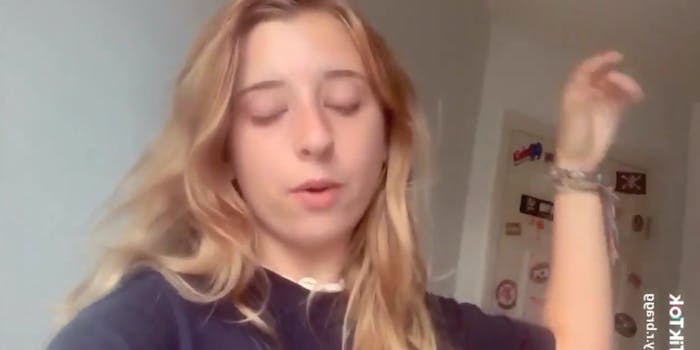 'What could possibly be more 2019 than Ted Bundy’s granddaughter outing her family for TikTok clout.'

A teen on Tik Tok claimed to be the granddaughter of Carole Ann Boone and serial killer Ted Bundy.

Bundy confessed to the murder of 30 women before his execution in 1989. The murders occurred throughout the 1970s–perhaps even earlier–and spanned across several states. In the months before his execution, he and Boone reportedly managed, on several occasions, to have sex in the visitation room. It was during these visits that Boone and Bundy’s child Rose Bundy was allegedly conceived. Rose, who was born in Oct. 1982, would be 36 years old in 2019. The woman who claimed to be her daughter, Ally R. Bragg, announced her alleged connection to the infamous serial killer via TikTok.

Bragg recently made the claim about her family in a now-deleted video. The video was also widely shared on Twitter before also being deleted from the platform. The video, which had been viewed by millions of people, garnered split reactions.

Many people who viewed the video criticized Bragg for outing her alleged mother, who has spent her life attempting to remain hidden. “What could possibly be more 2019 than Ted Bundy’s granddaughter outing her family for tik tok clout,” Twitter user Josh Blevins wrote.

omfg ted bundy’s family went into hiding for YEARS and was all ruined bc his granddaughter made a tiktok vid skkskskskssksksk https://t.co/X9I6vtQvvr

Other users expressed their surprise that Bragg would claim to be related to one of the most notorious serial killers in history.

The most prominent share of the video came from Twitter user @ssdvfa, who later deleted the video. Following criticism for her choice to further spread the video, @ssdvfa shared screenshots of Bragg’s responses in the comment section of her original video. Among her responses were statements like, “If I hit 10K I will make a video showing yall all the proof yall need and tell y’all why I posted this,” and “My mother go’s (sic) by Rosa.”

Update 3:25pm CT, Aug. 6: Bragg later backtracked her claim through an Instagram post on Monday. In the post, Bragg wrote that she is not Bundy’s granddaughter and only made the TikTok video as a joke.

“I rlly didn’t expect it to blow up BC I never get more than 12 likes on any of my post,” she wrote before outlining the “evidence” that would debunk her previous claim.

She wrote that her grandma is very much alive, while Boone is believed to be dead. She noted that her mother and Rose were born in different months. Bragg also said that she wouldn’t have made the video if she were the real granddaughter of Bundy.

“I’m please asking y’all to delete any post about me or my family, I know that’s a lot to ask for but please for me and my family’s sake,” she wrote. “But I do apologize Bc I know it is also my fault and I should have not posted it in the first place.”

She went on to write that the video has “ruined” her.

“Ted Bundy was a bad man and I should have never even tried to make that video but at the time I was not thinking about it … I am sorry if it did offend anyone,” Bragg wrote.

In a now-deleted tweet, another user even shared screenshots of an alleged conversation with Bragg, in which Bragg admitted that the video was intended as a joke. “No it was a joke but some people can’t take a joke,” she said. “But I’m okay I’m just afraid they are gonna go after my parents and shit like I don’t rlly care  for me but it’s a whole other story if they text my parents.”

Even before Bragg backtracked her claim, many people expressed disbelief that Bragg is actually related to the notorious murderer and began pointing out inaccuracies. “This Ally Bragg’s mother was born June 17, 1977. Rose was born October 24, 1982. Her FB page links to her mother, and you can easily uncover that the birthdates are different,” Twitter user Christopher M. Jones pointed out.

This Ally Bragg's mother was born June 17, 1977. Rose was born October 24, 1982. Her FB page links to her mother, and you can easily uncover that the birthdates are different.