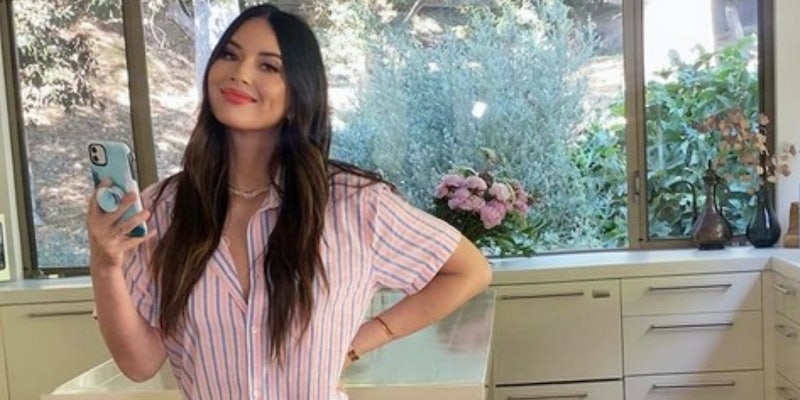 People are taking to Twitter to shoot their shot.

The bizarre scrutiny over John Mulaney’s love life took yet another turn this week. After his rumored girlfriend, Olivia Munn was snapped by paparazzi with what appeared to be a baby bump, the comedian appeared on Late Night with Seth Meyers to confirm both the relationship and the pregnancy. He also provided a rough timeline of his separation from his ex-wife Anna Marie Tendler, stints in rehab, and romance with Munn to ostensibly silence all the amateur sleuths on the internet.

Unfortunately, though not unpredictably, the talk show appearance did little to quell the endless discourse. And now people are honing in on a tweet from Olivia Munn to Mulaney from Dec. 21, 2020, which has become an admittedly pretty amusing meme.

At the time, it was reported that Mulaney had just checked into a Pennsylvania rehab to seek help for his drug and alcohol addiction. “Sending SO MUCH love and support to John Mulaney. You got this,” tweeted Munn, shortly after the news broke.

What a nice message of encouragement from a friend! Certainly, nothing that people would be dissecting at extreme length months and months later.

At any rate, when the tweet once again resurfaced this week, people began retweeting Munn to send love and support to other random celebrities, hoping that they too, could manifest their own celebrity crushes.

But as lovely as it sounds to hook up with Ana de Armas or, uh, Danny DeVito, others had even loftier aspirations. Some people began retweeting Munn to put their dreams into the world about acquiring cash, the perfect apartment, or just an emotionally available partner.

Obviously, there’s a bigger conversation to be had about parasocial relationships here, whether romanticizing a celebrity’s personal life or thirsting on strangers on the internet. But on the other hand, if it worked for Olivia Munn, then why not?

Upcoming CBS competition ‘The Activist’ gets a ‘no’ from the internet

Why isn’t Laurence Fishburne’s Morpheus in ‘The Matrix Resurrections’?