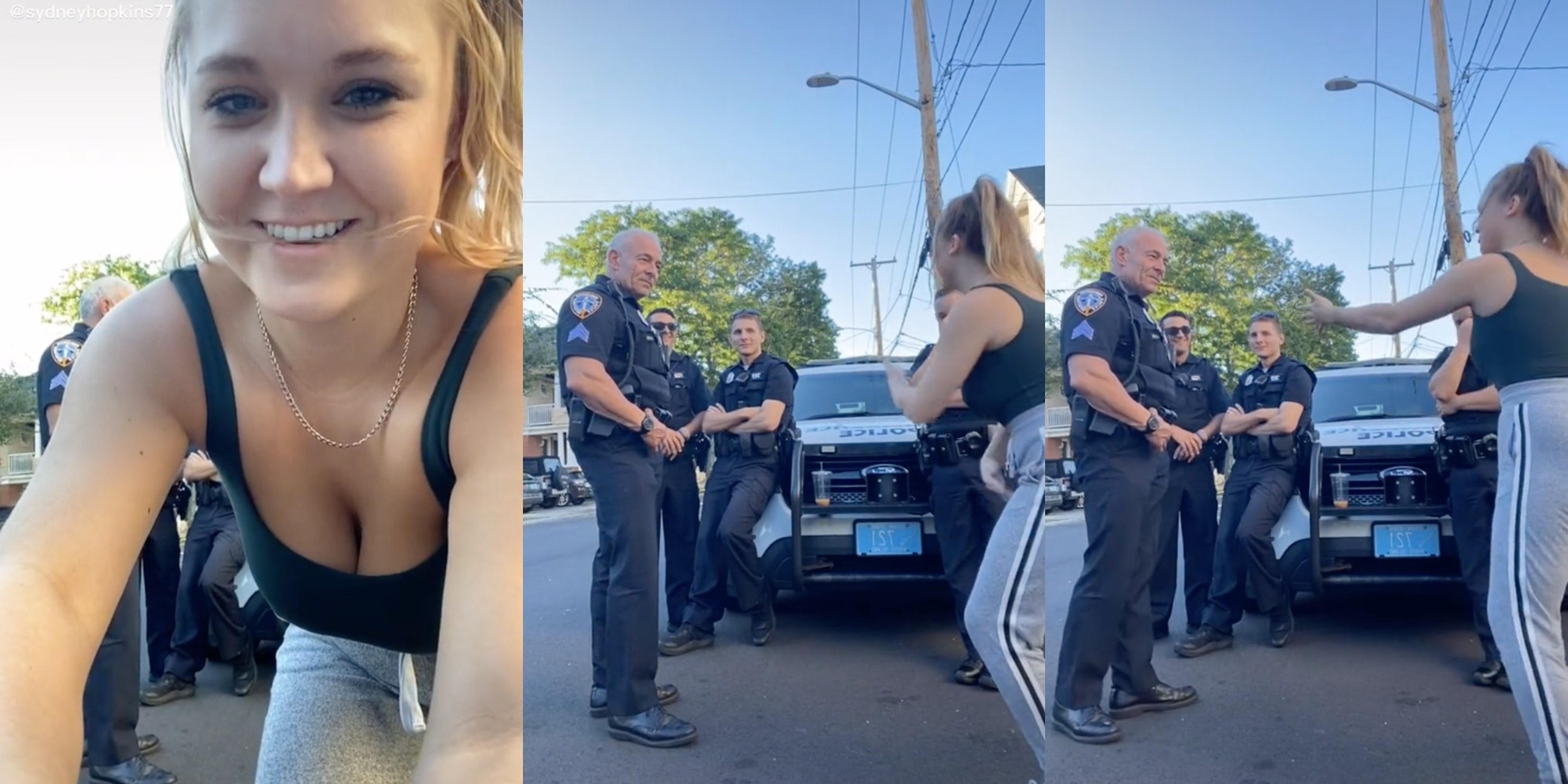 TikTok viewers say a woman put her white privilege on full display in a viral TikTok that shows her performing the viral Rick & Morty dance—and claiming she did so to get out of receiving a ticket.

In the video, Sydney Hopkins, user @sydneyhopkins77 on TikTok, props her cellphone up to record. “All right, ready fellas?” she says before performing the dance.

The Rick & Morty dance originated in July when a young man filmed himself rapping “Rick and Morty” over and over in front of a fake Woodrow Wilson grave. The sound and accompanying dance took off on TikTok, with tons of people filming themselves performing it in front of inanimate objects.

But Hopkins performed it for a group of four police officers, although it’s unclear why. She captioned the TikTok, “Rick and mortying my way into not getting arrested.” In the video’s comments, she added, “Just for context, I was not being arrested or detained! I walked up and asked them if I could put on a quick show for them, that’s all!”

Apparently, the officers agreed, but they didn’t seem that entertained by the impromptu show. Their body language and awkward chuckles—one of them literally facepalmed—made them seem more embarrassed for the woman. Viewers were just as unimpressed.

“I’m rick and mortified,” one user cracked in the comments.

“Them covering their laughs is the best part of the video,” another viewer wrote.

The woman was unfazed, though, and asked the officers what they thought after completing her performance. People off-camera can be heard cheering while the officers assured her, “It was good.”

Regardless of whether the woman was actually dancing her way out of an arrest, many viewers pointed out that the officers may not have humored her if she wasn’t white.

Hopkins did not immediately respond to the Daily Dot’s request for comment.