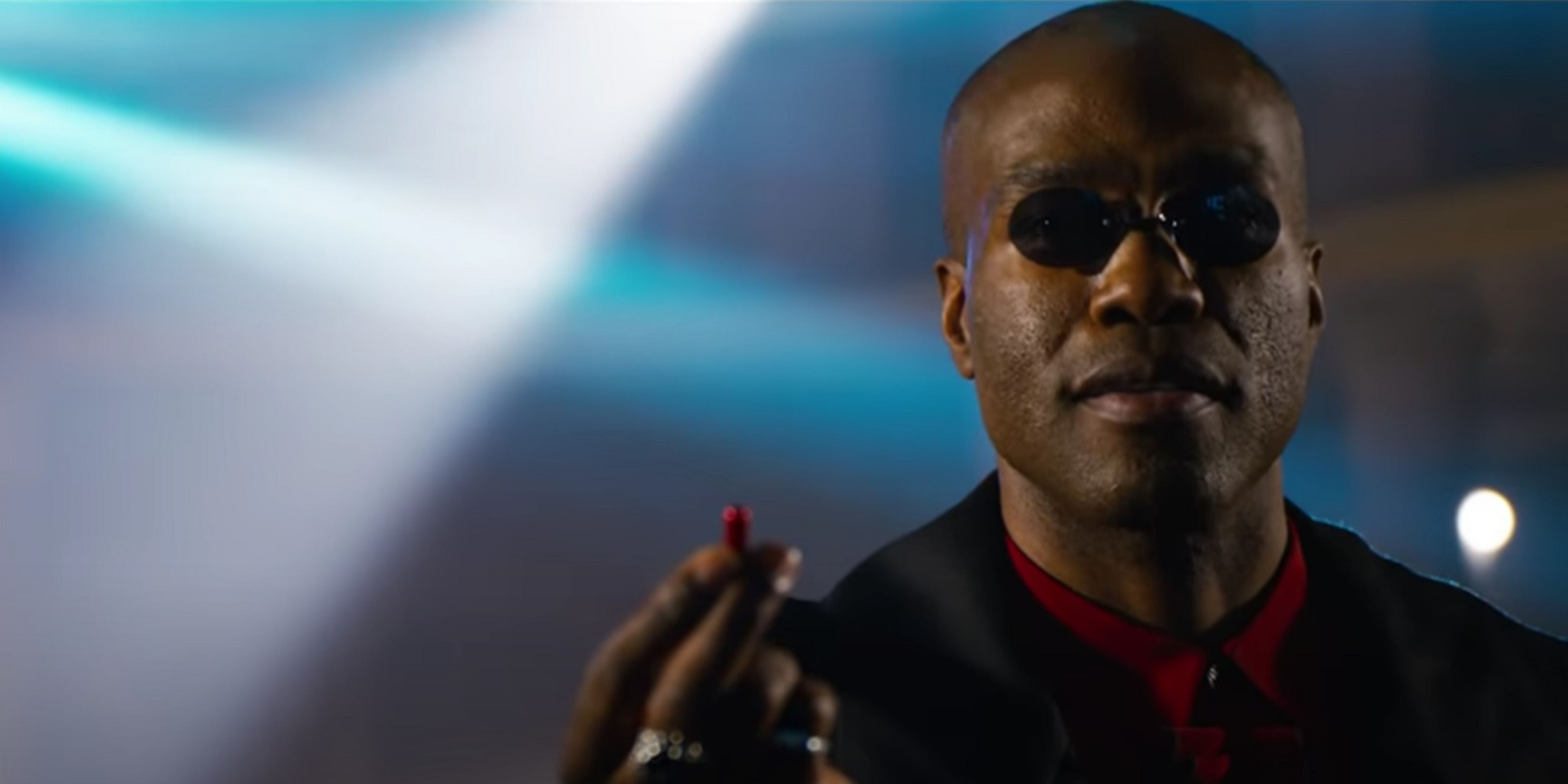 Why isn’t Laurence Fishburne’s Morpheus in ‘The Matrix Resurrections’?

There's a lot of speculation about Yahya Abdul-Mateen II's role in the 'Resurrections' trailer.

We’ve known for a while that Laurence Fishburne isn’t in The Matrix Resurrections, with Fishburne saying he doesn’t know why he wasn’t invited back. Fans were shocked to hear that Fishburne wouldn’t reprise his iconic role as Morpheus, and the plot thickened with the arrival of the first Resurrections trailer, featuring Yahya Abdul-Mateen II as a Morpheus lookalike.

Abdul-Mateen later confirmed on Instagram that he’s playing Morpheus, raising questions about why this role was recast. There’s some inevitable (and unfounded) speculation about a rift between Fishburne and director Lana Wachowski, but the Morpheus recasting could have a more elaborate explanation: Matrix franchise lore.

Prior to the trailer’s release, a lot of Matrix fans assumed that Yahya Abdul-Mateen II would play a new character, and that Morpheus was canonically dead. Unlike many video game tie-ins, The Matrix‘s MMO game The Matrix Online is considered to be part of Matrix canon. The Wachowskis were very interested in transmedia storytelling at the time, and the game (which launched in 2005) continued where The Matrix Revolutions left off.

Players could immerse themselves in the Matrix universe, participating in live events and following a story that unfolded over the course of months and years. The game was discontinued in 2009, but during The Matrix Online‘s four-year tenure, Morpheus was indeed killed off.

This game now looks amusingly clunky, but many Matrix fans view it with affectionate nostalgia. Some are still wondering if Morpheus’s death will be woven into The Matrix Resurrections, possibly signaling that Yahya Abdul-Mateen II plays a reborn version of the character. It would be a bold move to incorporate this type of deep, nerdy lore into a mainstream blockbuster, but then again, the Wachowskis are known for making bold moves.

Of course, while fans overthink this obscure corner of Matrix canon, they’re kind of ignoring the elephant in the room: Neo is also canonically dead. The third movie ends with him dying as a heroic martyr, yet Keanu Reeves is back in action for The Matrix Resurrections.

The Resurrections trailer is enticingly enigmatic, departing from the style of the original trilogy while playing fast and loose with our expectations. Neo is seemingly back in a version of the Matrix, and he’s aged in real-time while “Morpheus” remains the same age. We see Thomas Anderson begin to doubt his own reality, repeating elements of his previous origin story as Neo. The line between simulation and reality is intentionally mysterious, remixing familiar characters in unfamiliar ways. There’s also a shot where the original Matrix movie plays on a screen in the background. Maybe The Matrix is a film-within-a-film inside the universe of Resurrections!

After 20 years of branching out with projects like Speed Racer, Sense8, and Cloud Atlas, Lana Wachowski is a very different storyteller than she was when she made The Matrix. Co-written by Wachowski and the novelists Aleksandar Hemon and David Mitchell (Cloud Atlas), Resurrections already looks weirder than The Matrix. So while there’s plenty to analyze in this trailer, we probably can’t make solid predictions based on fan theories about a 15-year-old MMO.