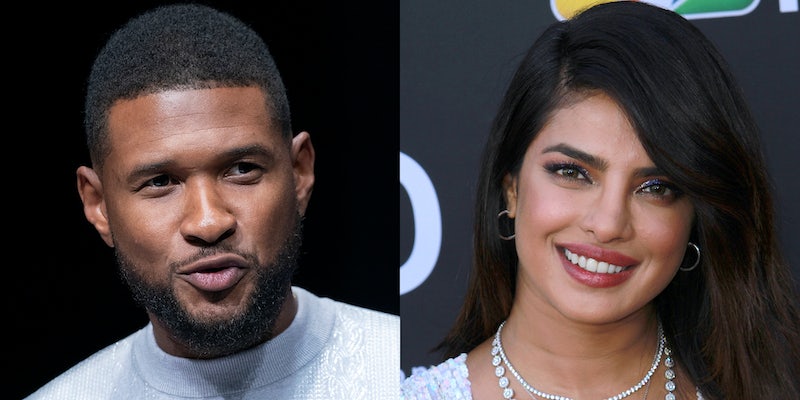 'So it's literal performative activism?'

On Thursday, a premiere date for new CBS competition series The Activist was announced. It’s set to star Usher, Priyanka Chopra, and Julianne Hough as hosts, and pairs six activists with public figures working for environmental, educational, or health causes, in an effort to make “real” change.

And it immediately didn’t sit right with a lot of people.

There’s no real sense of what this show will be like, or whether it will mirror other competition shows, or why it exists at all. But the “competition” part certainly sits in direct opposition to the spirit of activism. Adding to that icky feeling: Contestants will apparently be judged by their “online engagement” and “social metrics,” according to a press release. The series also reportedly culminates at the G20 summit, where activists and protesters are typically treated much differently than the world leaders attending.

The hosts also received criticism: People pointed to the fact that Hough wore blackface in 2013 as one reason why she shouldn’t be involved (as well as whatever happened here), and Chopra was called out for her political views and relationship with Indian Prime Minister Narendra Modi.

The series is set to premiere Oct. 22.

Update Sept. 16, 9:03am CT: In response to widespread criticism, The Activist is being reformatted “to remove the competitive element,” according to a statement from CBS and production partner Global Citizen. It will now be a “primetime documentary special” with a new release date. Global Citizen released a separate apology, saying: “We apologize to the activists, hosts, and the larger activist community—we got it wrong.”