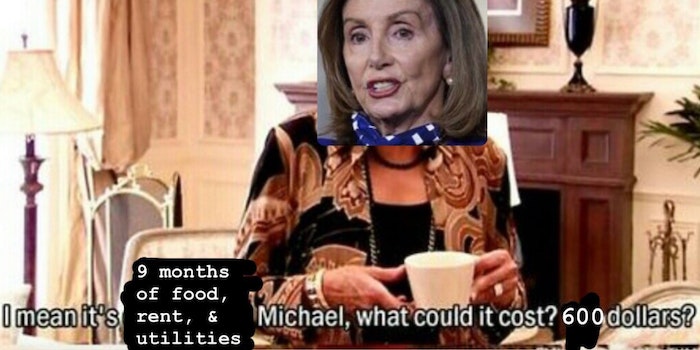 'Gov might be trying to kill us, but at least I'm going down laughin.'

People have been posting hilarious—and lowkey sad—”the next stimulus” memes on Twitter, which are full of terrible consolation prizes.