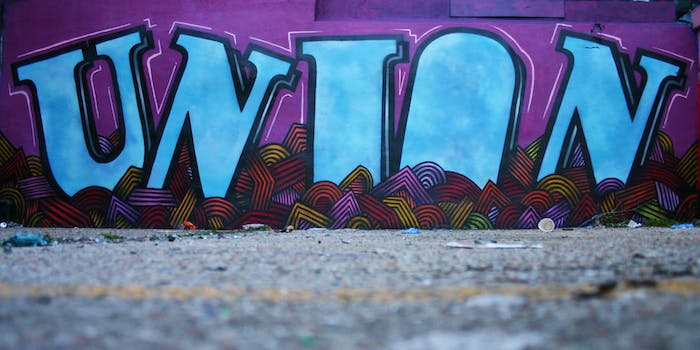 And you thought your relationship had problems!

Relationships are rarely easy. Apparently, this especially holds true if you happen to be in a committed polyamorous dominant-submissive relationship with three men and two women, who suddenly turn and unionize against you. And then, to add insult to injury, your woes get turned into a meme on top of everything else.

My subs have unionized meme

Three months ago, user dennismiller2024 (or “Dennis the dom,” as his profile states) wrote that things had been going great, and everyone was having sexy, consensual fun at his apartment where the group would hang out nearly every day. As the dom, he noted, there were naturally some ground rules to follow. for instance, his subs were required to call him “master” and there was to be no kissing between subs. Likewise, punishments were doled out in the event that subs did not obey his commands.

“Everything has been great,” he continued, until it was not going great.

I woke up a couple days ago and told one of my subs to get me a cup of coffee. He didn’t do it. I told him that I was going to punish him (public humiliation which can be easily resisted) and he said that he wouldn’t do it. Now, if one of my subs acts like this I break it off with them so I threatened him that I would kick him out of the relationship. The other subs chimed in and said that if I kick him out, they all leave. That’s right; my submissives have unionized.

The group then provided him with a list of demands such as “allow kissing between subs,” however the OP’s attempted negotiations ended in a stalemate. And as a result of the newly-shifted power balance, he felt that the relationship was no longer satisfying and wasn’t sure it ever would be again.

“What should I do?” Dennis finally concluded. “Do I let them get a new dom and leave them? Or do I give into their demands and relinquish some of my power?”

Thankfully, the post was preserved on r/removedreddit, where it existed quietly until just a few days ago.

On July 26, Twitter user @welshsnarker posted the following screenshot of the post’s title, writing: “THIS IMAGE IS SENDING ME.”

THIS IMAGE IS SENDING ME pic.twitter.com/QRXKtgvCK0

From there, the post was shared in r/COMPLETEANARCHY as well as r/copypasta (the latter of which also included the full entry), and eventually, it made its way to Twitter where it then became a meme.

But that was just the tip of the iceberg, and you can see from a handful of other random examples:

Above everything else, we can’t stop wondering what became of poor Dennis. Did he relinquish some control? Or did his subs find a new dom? We may never know.