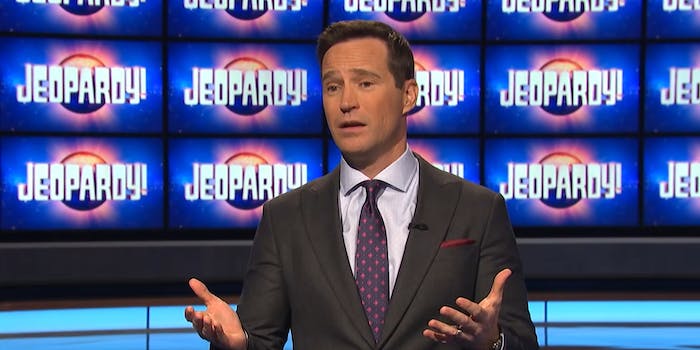 Mike Richards out as new ‘Jeopardy!’ host after comments about women, Asians, and Jewish people resurface

He'll still remain with the show as an executive producer.

Mike Richards, the Jeopardy! executive producer who was chosen to fill in Alex Trebek’s shoes as the show’s next host, is out after a Ringer report resurfaced years-old podcasts in which Richards made offensive comments about women, Asians, and Jewish people.

In a staff memo, Richards announced his intent to step down, noting that “these past incidents and comments have cast such a shadow on Jeopardy! as we look to start a new chapter.” Richards’ departure from the hosting comes just nine days after Sony Pictures Television, which produces Jeopardy!, announced that he would take over the syndicated program while actress Mayim Bialik would host spinoffs and primetime specials.

“As I mentioned last week, I was deeply honored to be asked to host the syndicated show and was thrilled by the opportunity to expand my role,” Richards wrote. “However, over the last several days it has become clear that moving forward as host would be too much of a distraction for our fans and not the right move for the show. As such, I will be stepping down as host effective immediately. As a result, we will be canceling production today.”

Richards also announced that Jeopardy! would return to using guest hosts until the show found someone for the permanent role.

Before stepping down, Richards had filmed five episodes of Jeopardy! on Thursday. According to USA Today’s Gary Levin, those episodes will air the week of Sept. 13. In a statement, Sony Pictures Television said that it supported Richards’ decision to step down, noting that it, too, was surprised by Richards’ comments.

“Mike has been with us for the last two years and has led the Jeopardy! team through the most challenging time the show has ever experienced,” the statement read. “It is our hope that as EP he will continue to do so with professionalism and respect.”

Although Sony Pictures Television cited a number of factors, including research and analysis, when it first announced Richards and Bialik as Jeopardy!’s newest hosts, the backlash was immediate. People criticized Jeopardy!’s dog and pony show of giving multiple guest hosts (including fan-favorite LeVar Burton) the chance to “audition” for the permanent hosting gig when it planned to appoint the internal hire instead. Many made references to Dick Cheney over the appearance that Richards had a hand in his own hiring, and even before Sony Pictures Television officially announced Richards, an old discrimination lawsuit involving Richards emerged.

In the days after Richards’ appointment, a report from the Ringer’s Claire McNear (who wrote a book on Jeopardy!) suggested that Richards throwing his hat into the ring might not have been as genuine as suggested: Richards said that he only hosted at the last minute, but sources told McNear that despite being able to work around a conflict, Richards insisted on stepping in to host it himself. An old video of Trebek endorsing CNN’s Laura Coates as his successor went viral, leaving people mad that Coates didn’t even get a chance to audition as guest host.

But on Wednesday, a report from McNear at the Ringer heavily quoted and referenced audio from a podcast Richards hosted from 2013 to 2014 while working at The Price Is Right in which he made disparaging comments about women, Asians, and Jewish people (leading the Anti-Discrimination League to call for an investigation) alongside his past record as a producer sealed Richards’ fate.

It didn’t take long for the memes to emerge as people poked fun at a controversy that was mostly of Jeopardy!’s own making.

Some people imagined the next host or threw themselves into the ring.

On Friday morning, Burton tweeted “Happy Friday, y’all!” to his followers, something he posts fairly frequently. But because his tweet posted roughly 15 minutes before news that Richards stepped down broke, Burton’s post now reads like a massive subtweet (regardless of whether that was its intention).

We might be a long way from learning who the next Jeopardy! host will be; it’s unclear how the process will work. But, with Richards still attached as an executive producer, the process is likely to be controversial: Even if Richards isn’t involved in designing or picking the new host, it’s very likely that he’ll be working closely with the very person hired to replace him.