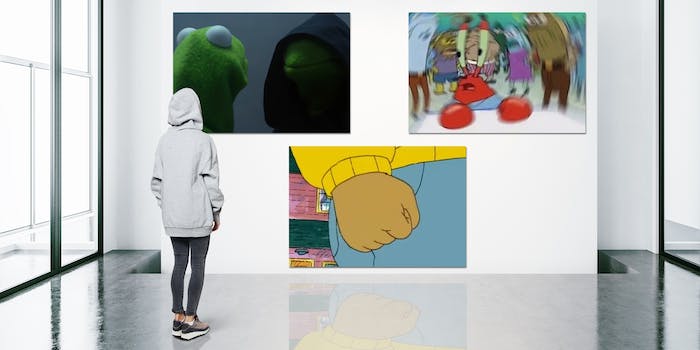 Hundreds of new memes were created this year. These 10 will stand the test of time.

The year 2016, a terrible year by many accounts, was a rich one for memes. Funny memes, dank memes, stupid memes. There were literally hundreds of them, created, in part, as a way of making sense of culture and what the internet has done to it. We’ve tried to narrow them down to 10. (You can check out our full list of the best memes of 2016 here.)

These are the best, most interesting, most representative memes of the past year. They come from everywhere: Black Twitter, celebrity fan culture, and the political hellscape that is 4chan.

Harambe, the ape who died, is not on this list. It’s time to let Harambe rest in peace.

Drake: The softest rapper in the game but also the hardest. A man’s man, but also a ladies’ man. He looks just as natural dressing up as dressing down. Drake is “a man who can do both,” and in early 2016, he touched off a meme about what masculinity should look like now.

Sometimes, people mocked the impossible standard—by showing corny white celebrities trying to “do both”—and sometimes they celebrated one of the few men who can pull it off. This was a meme that could do both, and its versatility helped it stay strong throughout the year. 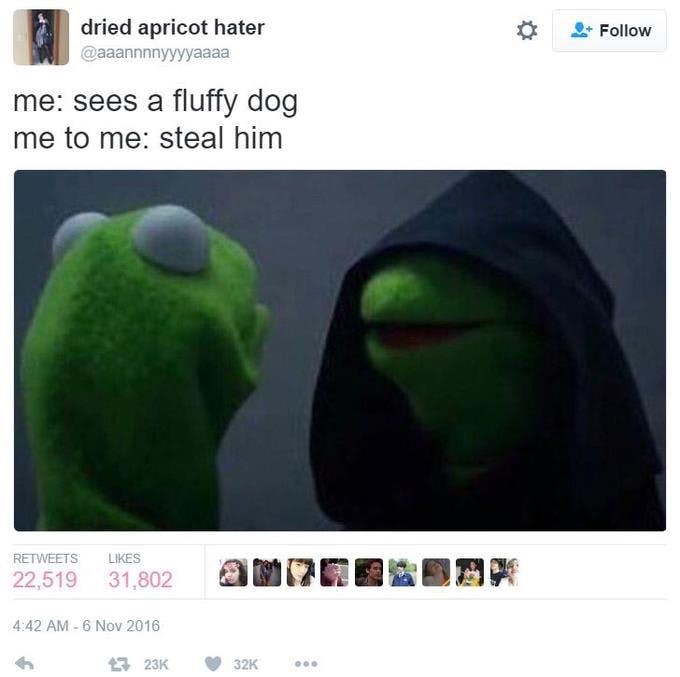 Kermit the frog has been a staple of meme culture for a couple of years now, thanks to his tea-sipping appearance in the “but that’s none of my business” meme. But in November, Evil Kermit reinvented him as the devil on your shoulder, the feeder of your worst impulses. You’re Kermit, with your bad ideas, and you’re also Evil Kermit, telling yourself to go through with them.

A late contender for most-important frog-related meme of the year. But as we’ll see shortly, it’s only a runner-up.

How the human body would have to be built to survive a catastrophic car crash https://t.co/MrUvbkShMm pic.twitter.com/gA98RLuL8i

“Graham” was a physical model of a human body designed entirely to weather a car crash. Apparently, it takes a very thick skull and a whole lot of nipples. He was meant as a public service announcement: our average human frames can’t hold up to that kind of force, no matter how we try to brace ourselves.

What he became, though, was something entirely different. Some saw him as a horror, others wanted to have sex with him and call him daddy. Maybe they were joking, but also maybe not?

Graham reached his meme apex when he intersected with another meme, “this is the ideal male body.” It wasn’t about him, but clearly he was made for it.

.@scrowder This is the ideal make body. You may not like it, but this is what peak performance looks like. pic.twitter.com/0fCSLug92v 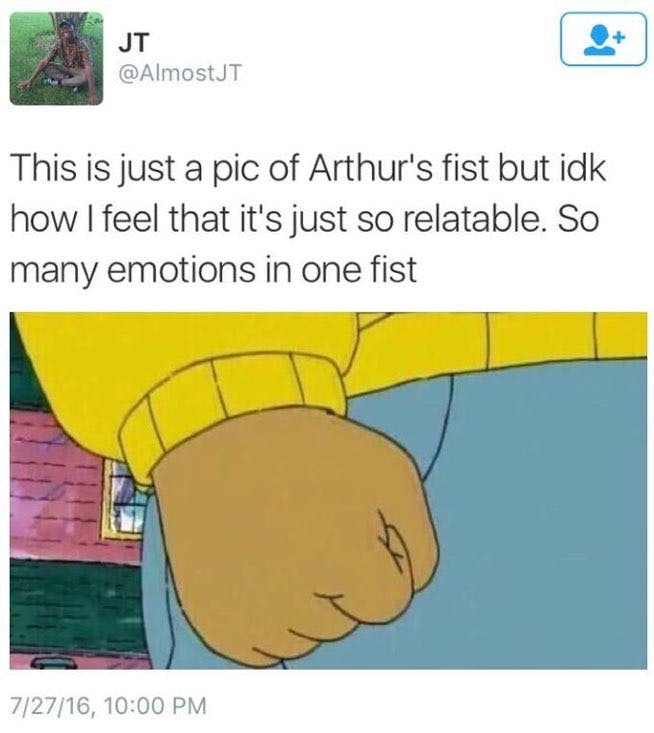 So many emotions in one fist. Arthur, the preteen cartoon aardvark you know from childhood, became the avatar of all our restrained anger this year, whether petty as hell or totally justified.

On Twitter, people used Arthur’s fist while relating situations where they wanted to snap, but didn’t, stopping with a balled-up fist and an angry tweet instead.

Time made Donald Trump the Person of the Year because of his outsized influence on global culture, toxic though it may have been. If they’d picked a meme of the year using the same criteria, it would have to be Donald Trump as Pepe the Frog.

The war for the soul of Pepe raged in the media this year as he became a mascot for “alt-right” white supremacists and the segment of Trump supporters who self-identify as “deplorables.” Even Hillary Clinton’s campaign had to acknowledge him in their guide to the alt-right.

On the opposite side was Pepe’s creator, Matt Furie, who never intended him to be such a character and tried (mostly without success) to take him back from the neo-Nazis.

Miles Klee argued on the Daily Dot and on WNYC that Pepe wasn’t inherently racist and that he could still be used the way he was before, as a kind of everyman character. But even though the election is over, that hasn’t happened. The new, Trumpian Pepe seems here to stay. 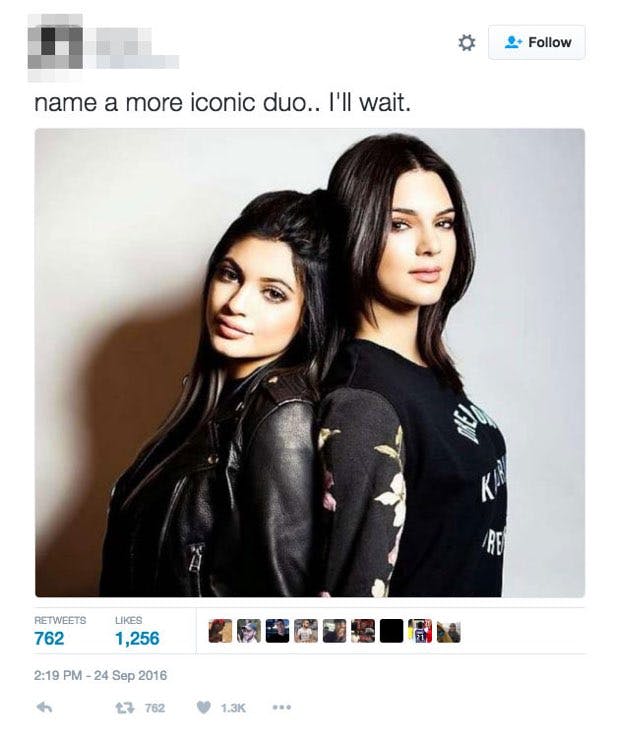 “Name a more iconic duo,” a woman challenged her followers back in September, with a picture of models/Kardashians Kylie and Kendall Jenner. “I’ll wait.”

She waited about 30 seconds before she was buried in a flood of more iconic duo. Because, if we’re being real here, there are many. And the “duo” format is wide open for both genuine and ironic responses. Any two things will do.

The original poster of the meme later said she wasn’t being sincere in her lionization of the Jenner sisters, but it was too late. Everyone had taken her seriously, and she had to lock her account due to all the negative attention. It was all worth it, though, for this fantastic contribution to internet culture.

When you just wake up from a nap and your parents already yelling at you pic.twitter.com/ksf0Sbop8P

Confused Mr. Krabs is perhaps the most relatable meme of the year. Taken out of context from a Spongebob Squarepants episode, this image of Krabs captures a range of feelings from confused to disoriented to “oh shit, the beat just dropped.”

You can use it to react to any sudden surprise— from your parents yelling at you when you’re barely awake to a reality television personality winning the  U.S. presidency.

If you’re asking yourself, “What the hell is going on?”, Confused Mr. Krabs is your dude.

Putting “Tea Lizard” on this list is a bit of cheat to get two memes in one. The original meme of Kermit the Frog sipping tea is years old, but still very popular. Frog tea is internet shorthand for “but that’s none of my business,” and it’s a snarky way of telling someone they’re dead wrong.

It was revived this summer by a Good Morning America tweet that referred to Kermit as “tea lizard,” seemingly out of ignorance. People couldn’t believe how dumb it was. The thing is, the social media at GMA were on another level with Tea Lizard, and it went over many people’s heads at the time.

If you followed Weird Twitter master @trillballins, you were in on the joke: he invented the #tealizard as a troll, along with referring to a picture someone in a bad The Mask costume as “Smockin'”. The GMA tweet was a shoutout that gave Trillballins the respect he deserves.

Back before her relationship with Kanye West, Kim Kardashian, subtle hint-dropper, dropped a hint that she was single. She said, on her popular TV show, “I’m single.”

A screengrab of the moment became a meme in 2016 because of its perfect irony and its utter usefulness as a template. You can use it to drop unsubtle “hints” about anything. That you’re single, that you’re desperately in need of attention, that there’s no ethical consumption under capitalism …

You can even drop hints that you’re dropping hints.

I’m like dropping hints that this is a good meme.

This is a good meme.

One of the best memes to come out of Black Twitter this year was a really good joke about rapper J. Cole and his army of online stans. Cole is an excellent rapper, but his fans are convinced his material is somehow too deep for the mainstream to grasp. They’re constantly raving about how Cole’s 2014 album, 2014 Forest Hills Drive, went platinum without a verse from any other artist.

“J. Cole went platinum with no features!” they’ll tell you, at the slightest provocation, or sometimes with no provocation at all. That makes the phrase a perfect punchline even in—or especially in?—non hip-hop contexts. Use it as the caption for literally any unwanted conversation, and you’ve got yourself a winning joke.