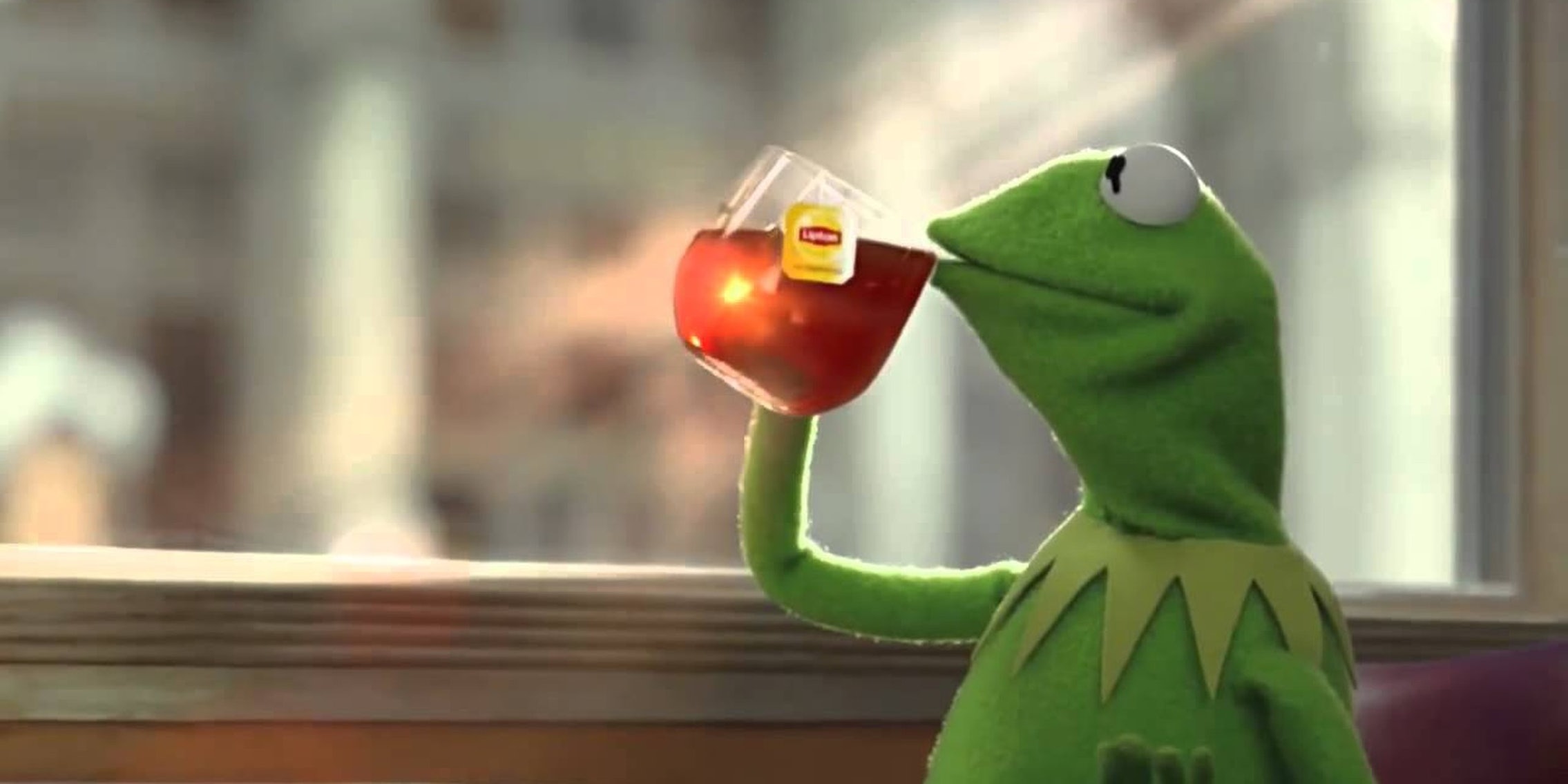 Good Morning America prides itself on being the best place to get the day’s top headlines, compelling interviews, and in-depth reporting, touting its ability to bring only the most accurate details. But on Tuesday morning, the ABC property lost all journalistic credibility.

In an attempt to appeal to the #millennial audience and their love of memes, GMA wanted to know how Crying LeBron stacked up against other internet favorites. One of those included Kermit sipping tea, also known as the But That’s None of My Business meme.

I can hardly stomach this egregious error. How dare the premiere morning programming (other than Today with Kathie Lee and Hoda, of course) make such a careless mistake? Kermit has been out there sipping tea, minding his own business, throwing some of the shadiest shade the internet has ever seen, and GMA couldn’t even figure out who he was. Kermit isn’t even a lizard—he’s a damn amphibian. Someone needs to renew their Zoobooks subscription.

Oh, and Kermit the Muppet is owned by Disney, which also owns ABC, the network that GMA airs on. So it’s like not knowing the name of a distant cousin. (Which I guess is somewhat more excusable.)

And, by the way, what the hell is “smockin”? You can find plenty of images from The Mask while cruising through online communities, but nobody has hardly labeled that pic of a budget green man “smockin.” Perhaps it’s the Woll Smoth-ing of Jim Carey’s “Smokin!“

Anyway, GMA fucked up, and when there are fuck-ups, we have the rest of the internet populace relentlessly poking fun.

I want to see what the other options were before @GMA chose #TeaLizard.

There’s obviously a movement to get #tealizard trending.

Realizing their mistake, GMA has taken action to fix their wrongdoing. Here’s their official statement:

Twitter has spoken: #CryingLeBron does not join other popular memes.

Letting someone know there’s no such thing as #tealizard is, indeed, our business.

Update 2:56pm CT, June 21: Kermit the Frog has released his comment on the fiasco.