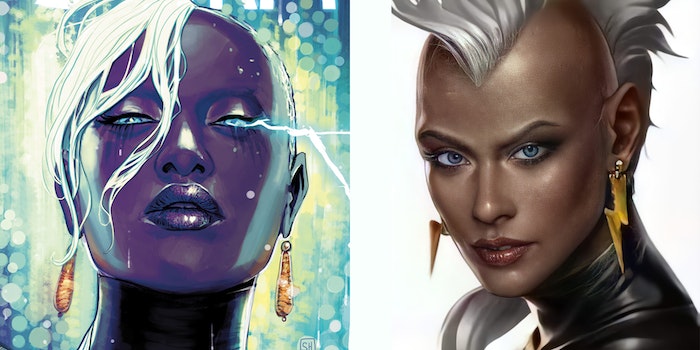 It's part of a troubling trend for Marvel artists lightening the skin of Black characters.

The mobile game Marvel Future Fight is attracting some criticism for its new art of the X-Men hero Storm, depicting her with light skin. One person quipped that she looked like Charlize Theron, which really isn’t an ideal comparison for one of Marvel’s most iconic Black characters.