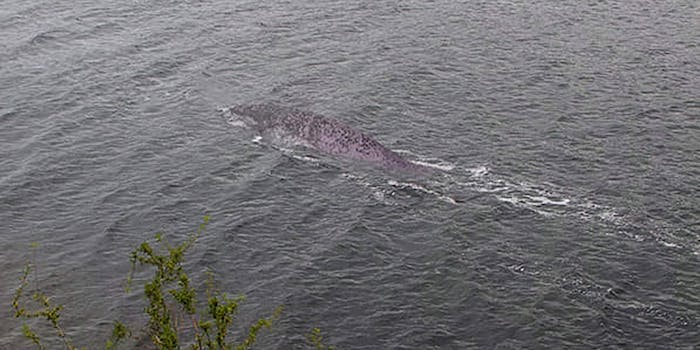 Is this a photo of the Loch Ness Monster?

A possible Nessie sighting is so 2020.

The Loch Ness Monster is trending on Twitter thanks to tourist Steve Challice sharing a photograph he took while visiting Loch Ness in Scotland last year. Showing part of a grey, speckled creature, reportedly about eight-feet-long and arcing above the water, the photograph has people excited about the cryptid all over again.

For many people, this seems like just more 2020. We’ve already had UFOs and Murder Hornets, so why not Nessie?

2020 Bingo Cards were pulled out, with some people celebrating having actually called the reappearance of the famous Scottish cryptid when they set things out earlier in the year.

People were wondering when Big Foot was going to make his appearance. After all, we’ve already checked off air (UFOs) and now water with Nessie, so when is land going to get in on the fun?

And the 5G conspiracy theory and robot birds got an honorable mention.

Challice maintains he does not believe this is the Loch Ness monster, claiming it’s probably just a seal or a giant cat fish. While his skepticism may seem at first to add a degree of plausibility to the image, that may actually have been a cunning ploy on his part—after all, surely if it’s a fake, he wouldn’t be claiming not to believe in it himself, right? However, quite a few people familiar with image editing programs have said the picture is likely photoshopped. Roland Watson, a ten-year veteran of the Nessie hunt and expert on the cryptid, has even written a break down of the image and the catfish photograph most likely used to create it.

It seems that Nessie remains elusive. But hey, it’s 2020, so that’s probably just for now.