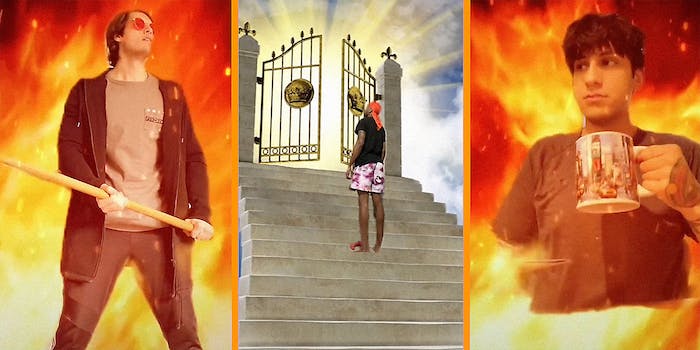 Lil Nas X has done a fine job riling up the usual suspects with his video for “Montero (Call Me By Your Name).” On TikTok, the platform that launched him into the national spotlight, one part of the song has become a meme.

In the video, which has more than 44 million views, Lil Nas X slides into hell on a stripper pole after briefly ascending into heaven. A snippet of that part was edited to sound like he’s actually whooshing by someone in hell (or heaven).

Lil Nas X has been spotlighting memes on his TikTok, as well as addressing the ongoing criticism from conservatives and Christians. He recently posted this clip in which megachurch pastor and former Trump adviser Jentezen Franklin calls him “Lil Nash X” and gets huffy about the “demonic imagery” of his new sneaker.