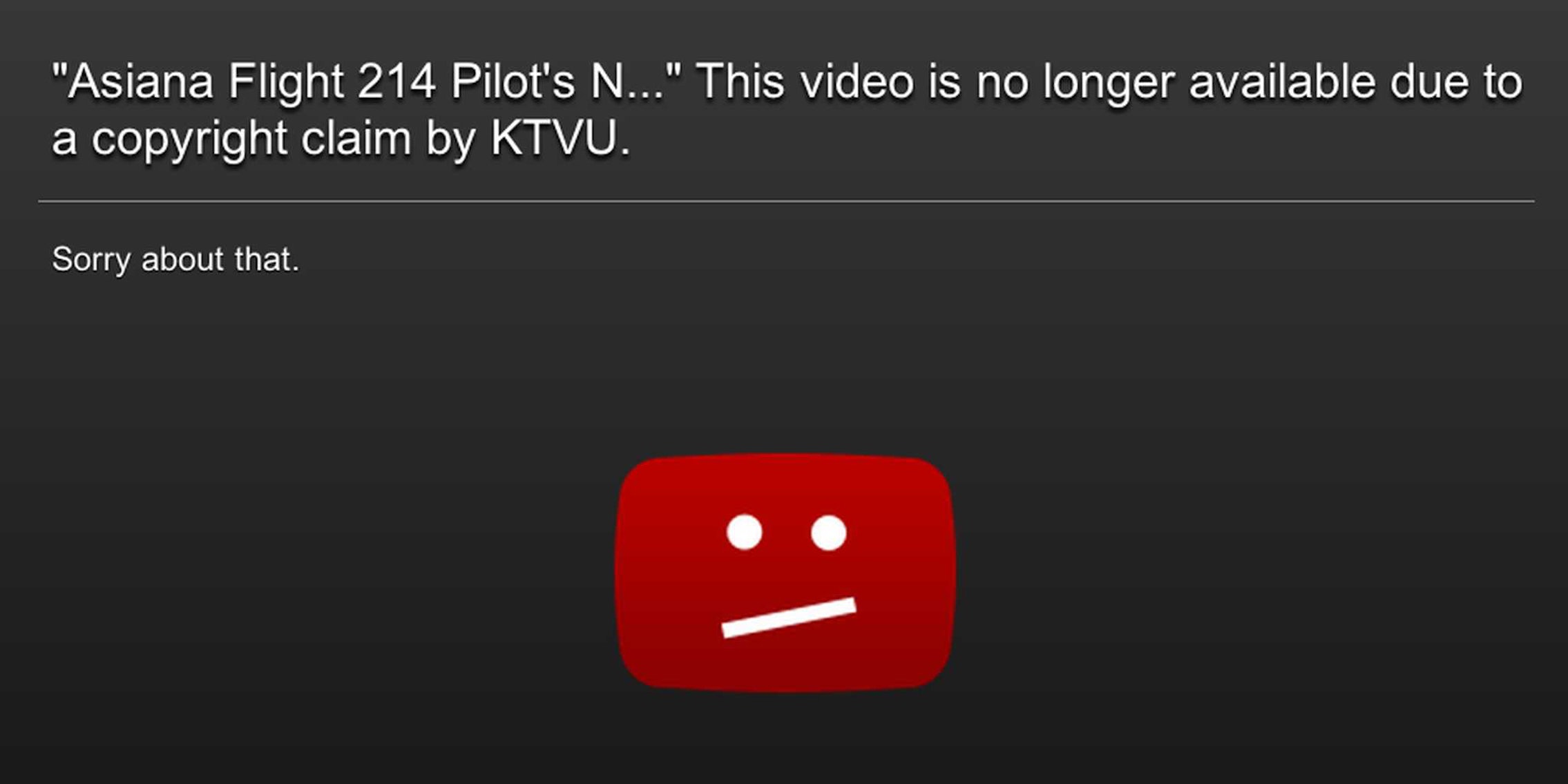 Streisand Effect strikes again: The station that misreported the pilots' names from Asiana flight 214 is trying to pretend nothing happened.

On July 12, during the noon news broadcast, anchor Tori Campbell reported that the pilots behind Asiana flight 214—the tragic crash that resulted in the injury of more than 180 passengers and three deaths—were Captain Sum Ting Wong (“something wrong”), Wi Tu Lo (“we too low”), Ho Lee Fuk (“holy fuck”), and Bang Ding Ow (“bang ding ow”).

The names were obviously a racist prank. Within hours after the noon broadcast, footage of the lapse of judgment found its way to YouTube. KTVU eventually issued an apology for the gaffe and blamed it on the National Transportation Safety Board for confirming the names in the first place, something the NTSB eventually owned up to (it was the fault of an intern).

The backlash was immediate. The Asian American Journalists Association issued a statement condemning KTVU. People were having a field day on Twitter, equally mocking and denouncing the news station. On July 15, Asiana Airlines announced that they were planning on suing because the report had damaged their credibility.

Now, more than a week later, as the Internet has moved on to other news stories—George Zimmerman being declared not guilty and the birth of the royal baby—KTVU is trying to scrub footage of Campbell reading the racist names on air from YouTube by issuing copyright claims. Various clips of the gaffe on the video sharing platform have instead been replaced with a notice that reads, “This video is no longer available due to a copyright claim by KTVU.”

It’s not that YouTube users are unjustly profiting from KTVU’s intellectual property; rather, the claims are rooted in foolishly trying to prevent others from learning of the news station’s lapse in journalistic integrity. KTVU general manager and Vice President Tom Raponi confirmed as much to TVSpy on Monday.

“The accidental mistake we made was insensitive and offensive,” Raponi admitted.

He also indirectly placed some of the blame on the viewership for making the video go viral.

“By now, most people have seen it. At this point, continuing to show the video is also insensitive and offensive, especially to the many in our Asian community who were offended. Consistent with our apology, we are carrying through our responsibility to minimise the thoughtless repetition of the video by others.”

It’s worth noting that KTVU published a news article on its website applauding itself for the team’s coverage of the Asiana 214 crash. That page has also been pulled, but Google still has a cached copy of the back patting.

As of this writing, and despite KTVU’s best efforts, not all of the videos have been pulled from YouTube.