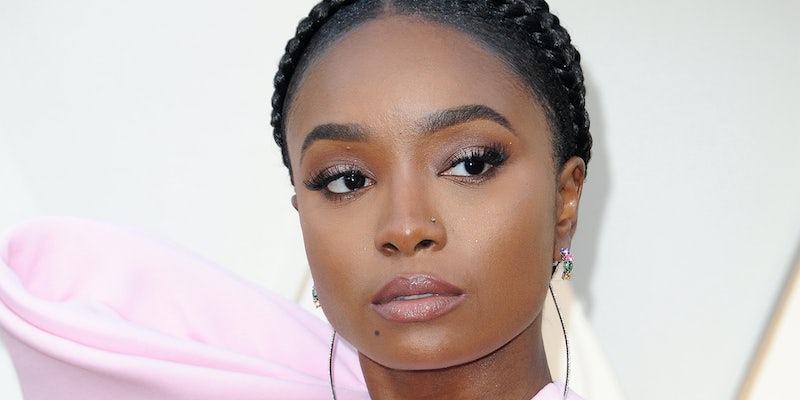 'They cut us from most of the movie, but we thriving in real life.'

The controversy around Don’t Worry Darling just keeps getting more complicated. In an Instagram post tying into the film’s release, actress KiKi Layne claimed that most of her role was cut from the movie. Layne was also notably absent from the film’s press tour, although this was attributed to her filming a sequel to the Netflix action movie The Old Guard.

“The best thing about #DontWorryDarling is that I was lucky enough to meet @arielstachel,” Layne wrote on Instagram. “They cut us from most of the movie, but we thriving in real life,” she added, along with the hashtags, “#GotMyCheck #GotMyMan #EverythingHappensforaReason.”

Layne plays a troubled housewife in the faux-1950s setting of Don’t Worry Darling, and Ari’el Stachel plays her husband. They’ve been dating since 2020, after meeting on the set of the movie.

Stachel replied in the comments, saying, “My love. You are a queen and your talent shines so bright. I was thirsty then and I’m thirsty now.” Their Don’t Worry Darling co-star Gemma Chan responded with a heart emoji, signaling her support without saying anything too controversial.

In the midst of rumors about a feud between actress Florence Pugh and director Olivia Wilde, several members of the crew came forward to defend the film’s creative process, denying the reports that a “screaming match” took place between Pugh and Wilde. However, according to a report in Vulture, Pugh was frustrated by Wilde’s alleged habit of disappearing from the film set with Styles, who she began dating while filming the movie. One of Vulture‘s insider sources claimed that a top Warner Bros. executive had to referee a “long negotiation process” to persuade Pugh to do a bare minimum of promotional appearances for the film.

This level of scrutiny and gossip likely opened the door for KiKi Layne to make her voice heard. Ordinarily it’s not a good look to make slyly disparaging comments about a movie that just came out, but in this case, people are primed to feel sympathetic. Layne’s fans already picked up on her absence from the film’s press tour and were commenting about it on social media.

In the final cut of Don’t Worry Darling, Layne’s role is surprisingly small for an actress who plays the lead in other movies. While her character Margaret is narratively important, she has very little screentime, and only a few lines of dialogue. Her husband is even less prominent. And since they’re the only Black characters in the cast, this reduced screentime makes their roles seem tokenistic. Margaret’s main task is to suffer in the background of the white protagonist’s story.

It’s unclear why Layne and Stachel’s roles were reduced. Sometimes this kind of thing just happens during the editing process—either due to studio pressures to shorten a film’s runtime, or because the filmmaker realizes that certain characters or scenes aren’t necessary.

In some cases, famous actors have seen their entire roles be cut during post-production, often for totally uncontroversial reasons. But in the context of Don’t Worry Darling‘s other issues, KiKi Layne’s Instagram post automatically invites more scrutiny about what went down behind the scenes.

The Daily Dot has reached out to Warner Bros. for comment.