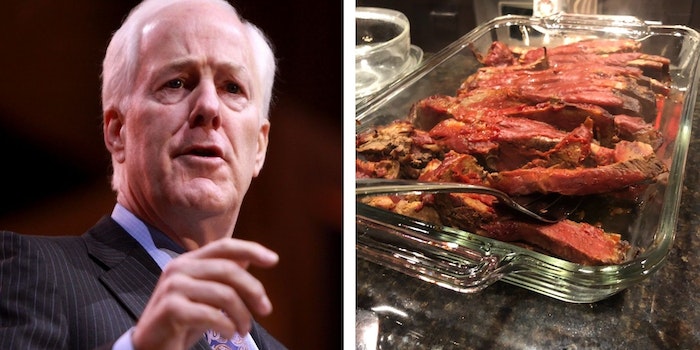 ‘Twas the night before Christmas/when all through his house/Texas Sen. John Cornyn was cooking a brisket in the oven/that was a straight-up disgrace to the cows.