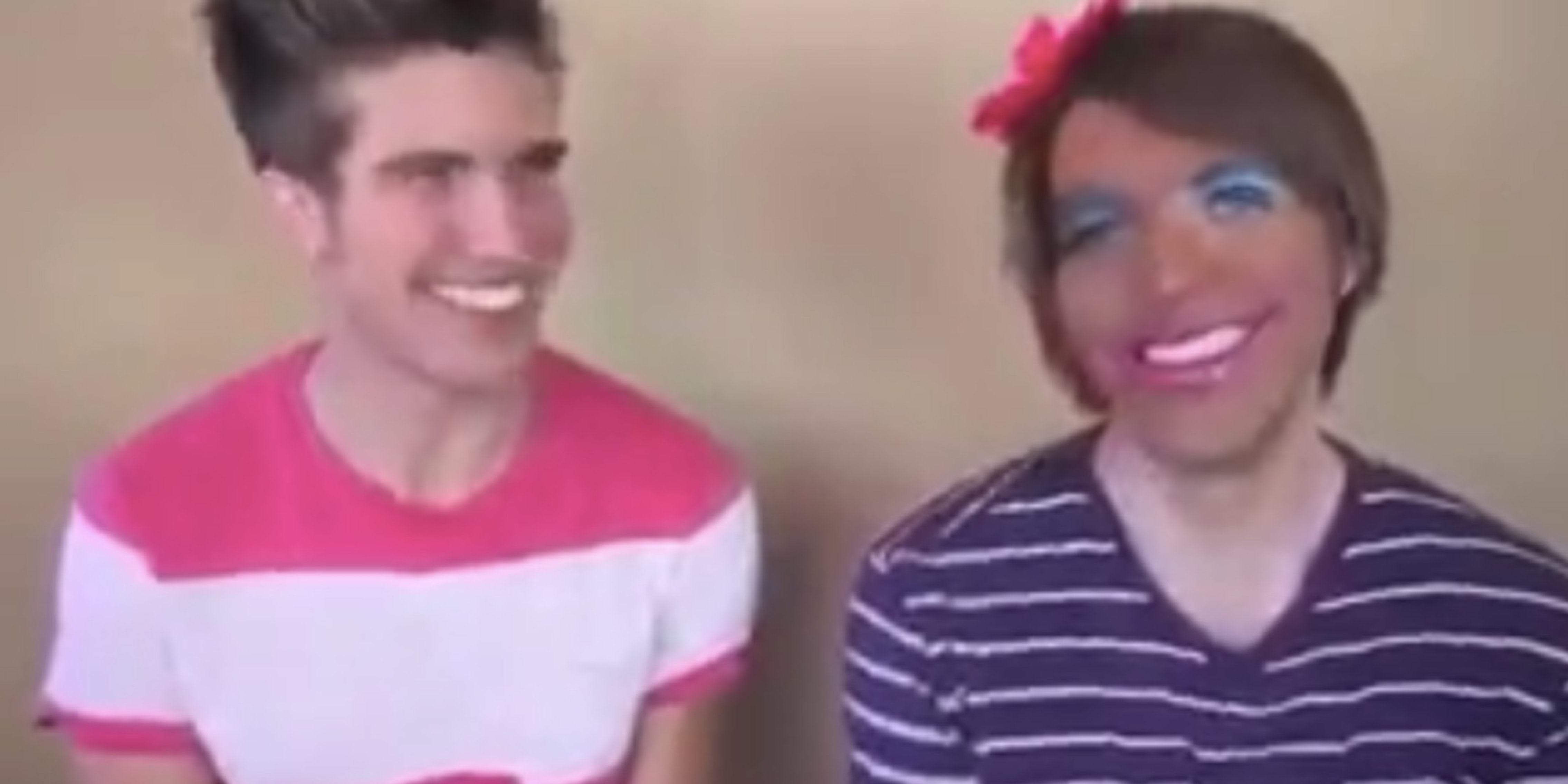 'I never expected you to make the most racist video of all time.'

YouTuber Joey Graceffa received a fresh wave of criticism after an old video of him putting blackface makeup on fellow YouTuber Shane Dawson and laughing at Dawson’s racist jokes resurfaced on social media.

The video, shared by the @wigsandtea Instagram account earlier this month, migrated onto Twitter this week, prompting Graceffa’s name to trend on Wednesday morning. The video shows Graceffa applying foundation to Dawson. He admits the foundation is “a little darker than your skin tone,” to which Dawson replies, “That’s natural and subtle? Natural and subtle for Queen Latifah.”

As Graceffa begins applying the foundation, it becomes immediately clear that it’s way too dark for Dawson. By the time Graceffa is finished, Dawson is wearing full blackface.

Both YouTubers seem to know the stunt is inappropriate, but they proceed anyway, laughing and cracking racist jokes.

“Which part of this color did you think was not gonna be racist?” Dawson asks a laughing Graceffa. “What else you got in there? A weave? A bucket of fried chicken? How racist is this gonna get?”

Then, they both directly acknowledge that the blackface was racist and offensive.

“My Black fans are so angry right now,” Dawson continues in a mocking voice. Graceffa shushes him, and he replies, “Don’t try and quiet down the Black girl!”

“I call this look ‘teeth and eyeballs,’ ‘cause that’s literally all you can fucking see,” Dawson says. “I never expected you to make the most racist video of all time.”

“I really didn’t mean to,” Graceffa responds, still laughing. “I did not mean to choose this dark of a color.”

“Which means you are racist without trying, which is even scarier,” Dawson fires back.

Graceffa issues a halfhearted apology as he continues to laugh. The @wigsandtea post ends with a photo of a bare-faced Dawson smiling next to Graceffa, who now has the foundation smeared all over his face.

The @wigsandtea Instagram post has received 16,000 likes since it was posted on July 9. Twitter user @foreverskiss—who goes only by Jules—reposted the first clip Tuesday night; it has since received more than 150,000 views.

“heyy king heard u were giving out notices wanna explain u putting blackface on sh*ne and laughing at his racist remarks while also laughing at the fact that what u were doing was super racist ? :)” Jules wrote, tagging Graceffa at the end of her tweet.

Graceffa—who operates three primary YouTube accounts that have earned a combined 2.6 billion views—has not publicly commented on the resurfaced video. Last month, Dawson addressed several indiscretions from his past videos, including wearing blackface, saying the N-word, and making pedophilia jokes.