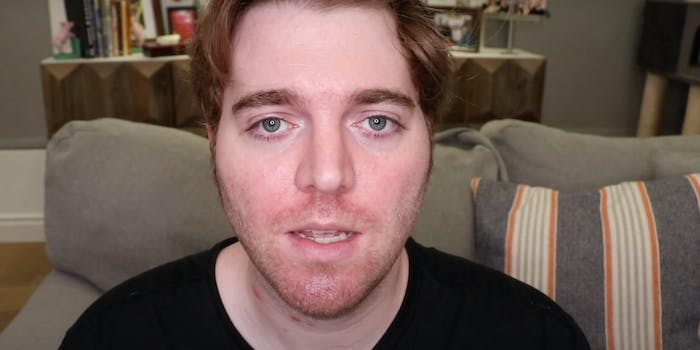 'I should have probably lost my career.'

YouTuber Shane Dawson has a message for his fans: He’s changed.

After joining the platform in 2008, Dawson quickly rose to fame. First, through comedy sketches and musical parodies. Then, by segueing into documentary-style profiles of equally controversial YouTubers, Jeffree Star and Jake Paul.

But in a 20-minute video, titled “Taking Accountability,” Dawson addresses, amongst other things, his use of blackface and other racist tropes in past videos.

“I’ve done a lot of things in my past that I hate, that I wish I could make go away. I don’t know who that person is anymore,” he says.

Addressing “all the racism [he] put onto the internet,” notably his portrayal of Black, Hispanic and Asian people, Dawson says, “I should lose everything for that.”

He also admits to normalizing the use of the N-word in his videos.

“I should have probably lost my career at the time,” he says. “There’s no amount of apologizing that can take it away.”

His apology—whether fans choose to buy it—comes as the Black Lives Matter movement has sought to hold celebrities accountable for their past actions. Dawson said now-former YouTuber Jenna Marbles, who essentially canceled herself and said she’d leave the platform, inspired his apology, too.

Toward the end of his video, Dawson vows to do better through his “actions” but isn’t looking for forgiveness.

“It’s OK to be upset at your past self for making mistakes,” he says. “Also it’s OK if people don’t want to accept your apology and don’t want to support you anymore. That’s OK, too, and I understand.”