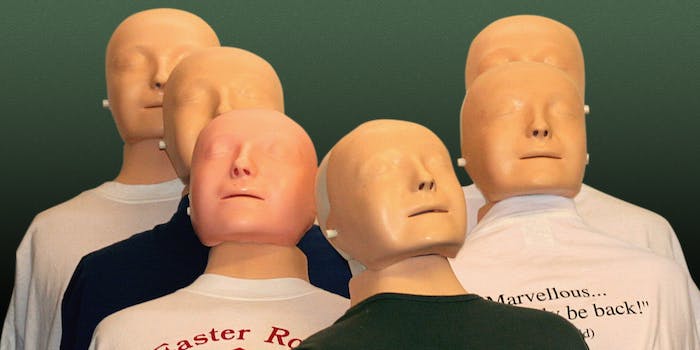 Privacy might be on its deathbed, but making yourself a bit less machine-readable goes a long way to preserving our right to anonymity.

In the first installment of a two-part series, we’ll teach you how to create a new identity in six easy steps.

1) Settle on an alias

When creating a new identity, don’t ever steal somebody else’s name and pretend you are them. Identity theft is a serious crime. Do invent a new identity, e.g. by using a site like Fake Name Generator, which can help you with a full ID in every language: name, age, height, weight, eye color.

You’ll want a disposable email for each of your fake identities. You can set up new accounts pretty easily from Google or Hotmail, but there are countless other services out there, most notably Guerrilla Mail. It should go without saying that you should avoid giving out email addresses when shopping in real life. Cash is always the safer bet.

Often without your knowledge, companies collect data on your Web activity, like the pages you visit and your recent searches. That information can then be repackaged and sold. There are a couple of sites that will help you block such tracking strips, including Disconnect.me or DoNotTrackMe from Abine.com.

A VPN can help anonymize your activity by allowing you to connect to a proxy server, enabling you to send and receive data from a public network as if it were private. We recommend IPREDATOR and that you choose a different IP address when you use your alias.

Short for the Onion Router, Tor is a powerful software browser that directs Internet traffic through thousands of relays to anonymize a user’s activity. It’s free to download and should be in conjunction with your alias.

6) One alias, one device

Finally, if you want to take even better precautions so nobody can link your alias ID to your real ID, you should—no joke—use one computer or one gadget only for your alias, preferably with another operating system than the one you typically use. For iPhones, you can use the Tor-powered Onion-browser. For Android, try Orweb.