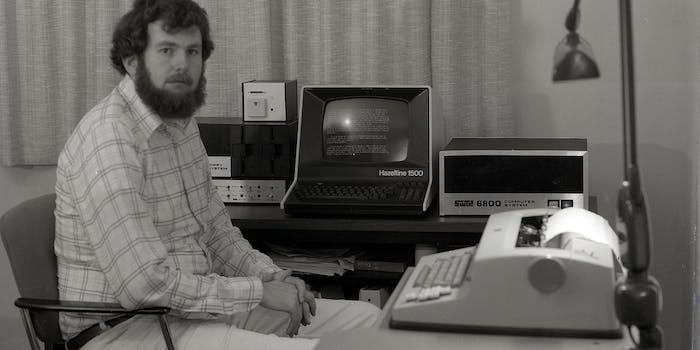 How not to be white on the Internet

Just like offline, race is a problem on the Internet.

The capacity of humans to express themselves through networked mediums is surely not infinite, and yet it is so large that we are only beginning to discover its bounds. But that doesn’t mean that we are suddenly much better at expressing ourselves—on the contrary, we’re the same old humans we always were, even when we’re routed together. And that means that just like offline, race is a problem on the Internet.

Races do not exist in the world—they exist in our minds, propagating from there out into the systems of the world. There are no inherited characteristics in our genetics that give any definitions to any race. There are groups of separate traits that are often inherited together, but these traits are found distributed across the world, across the boundaries of what ‘race’ is supposed to represent. In other words, races are falsely constructed categories based on limited visual information taken at face value, and always have been. From there, they are linked to biases and prejudices, and we build those biases into our social, physical, economic, and political structures.

The human mind is terribly effective at putting bad logic to use. This is why we keep those bad categories and ignore genetic evidence. Race is not about learning where we come from, having a cultural heritage, or having a shared human history. Race is a self-fulfilling category, which minimizes similarities and emphasizes differences in order to reify its boundary. The point of race is always boundary, always separation between superior and inferior. Exactly who is defined superior—currently on the “White” side of the racial line—has always changed, and is defined purely by the will of those making the definition. There is no way to be sure that one will always end up on the good side, or the bad side. The only assurance is that there will always be a difference between White, and not. The only guarantee is that there is always a wrong race, and you are constantly in danger of being part of it.

Race is a problem on the Internet in the same way that race is a problem off the Internet. Whether we are talking about buildings, welfare and health care systems, or Facebook, doesn’t matter. The beliefs with which a structure is constructed are reflected and replicated in the final product.

On the Internet, we don’t think we’re building country clubs, castles, prisons, or any other system designed to keep certain people out and certain people in. We think we are just trying to express ourselves. We have this generalized belief in democracy, and figure that anyone who shows up and signs in will be allowed to take part as an equal. To a certain extent, this hope is not implausible. It is more possible to escape certain division lines online. One can control, to a certain extent, how one is represented on the networks. In this limited freedom to choose a pseudonym, use an fictional avatar, and enter false data in the Age/Sex/Location boxes, one can present oneself as something other than what one is. But this small ability to masquerade does not change the nature of the masks.

Race is not only what you display. It is how you act, and how others perceive your actions. Having light-colored skin or the right hair is only the first step towards Whiteness. If race were simply about simple differences in skin color or hair texture, we would have quickly abandoned it as a category, given the wide range of melanin and keratin patterns that human beings actually express. Race is about having to make a choice: “passing” as a particular category, or one’s ‘natural” resemblance to another category. We acknowledge a person is always born a certain way, and they have limited ability to change that. But what race is expects is that you will do all you can to act in the right way.

You may have dark skin, but why are you in the wrong neighborhood? You may have straight hair, but why are you wearing a hoodie? If you listen to the wrong music, live in the wrong area, date the wrong people, speak the wrong language, wear the wrong item of clothing, or eat the wrong food, you can easily be raced by those who will benefit by doing so. The only point to an exclusive country club is the ability to deny membership. Having light-colored skin might get you in certain doors, but there is always someone just waiting for the opportunity to kick you out. Because for every “race traitor” that is discovered and punished, one more race cop has a chance to show everyone what side it is on.

Those same means of constructing race off the Internet are replicated online, even if one’s profile photo is only a cat. The Internet is every bit as much about one’s actions “passing”, as it is about the ability to hide behind pseudonyms and avatars. Our society has already raced us into the system of categories, and has taught us the penalty for refusing to abide by these definitions. Just because there is no text box into which we are self-identifying our race on our profiles, does not mean that there are not other ways of discovering it. Within every person on the Internet, a race cop resides, waiting to interpret the messages, the profiles, the streams, and the platforms as of one race or another. Is MySpace no longer White? How do we know where Black Tumblr begins and ends? How are we allowed to talk about race on the Internet, and who decides? The race cop inside of us has the answer to those questions. The race cop in our minds has already told us how we are supposed to act—and we know the punishment if you break those rules.

To follow those rules—to respect the race cop and to do what it says—is to be White on the Internet. White is not a culture, it has never been. To be Irish, Spanish, Nordic, or Russian—these are potentially cultures, if a person from those places or backgrounds acts and thinks with culture. But ‘White’ is not a place, there are no people from there. There is no music, food, fashion, or language that was developed in a White place and white time. To ‘be White’ means to have the power to tell people they are not White, and to decide what they are not allowed to do. To ‘be White’ means to benefit—either implicitly or explicitly—from those White rules that you have made, and are continuing to enforce. Everything about the Internet allows this hegemonic Whiteness to continue to exist.

White is a sub-system of the Internet. A giant, universal database made from rule sets and IF-THEN algorithms was just waiting for Whiteness to be ported into it. Whiteness acts as if there is nothing wrong with the rules it makes. White judges, White shames, White wraps itself in its own supposed impartial authority, while taking that honorific all the way to the bank. White has no idea how high its pedestal is, because White has never tried to step off of it. And the minute someone attempts to threaten Whiteness, White paints itself as the victim, attacked by all these traitors to White equality and White fairness.

The opposite of White is not black. It is part of White’s logic to only consider races as opposites, to present them as even sides that oppose each other. But “black” was only created because White was the rule. White is the weapon. The opposite of “knife” is not “victim.” To be white is not to be a person holding the weapon at another—it is to be the weapon itself.

So how ought one be not-White on the Internet?

It is simple—stop being the knife. Destroy the platforms that masquerade as level playing fields, when in fact they are cutting boards. There is no freedom from race on the Internet, and stop pretending that any network can be non-racial. Stop listening to the race cop inside, and instead listen to other people. If someone who has historically been on the non-White end of the definition is trying to tell you something about how race works, you should probably listen. Stop benefiting by the definitions of race, by demanding things for Whiteness.

There is no way to be racist against a racist system. That “racism against whites” you think you feel is your pedestal being kicked. No one is bigoted against your “White culture,” because you have no White culture. Make and enjoy culture that is true to where it comes from, not to what color it is supposed to be.

This essay was originally featured on The State and republished with permission. Adam Rothstein is an insurgent archivist and writes about politics, media, and technology wherever he can get a signal. He is most interested in the canons of history and prediction, the so-called “Future-Weird”, and the unstable ramifications of today’s cultural technology. He tweets as @interdome.