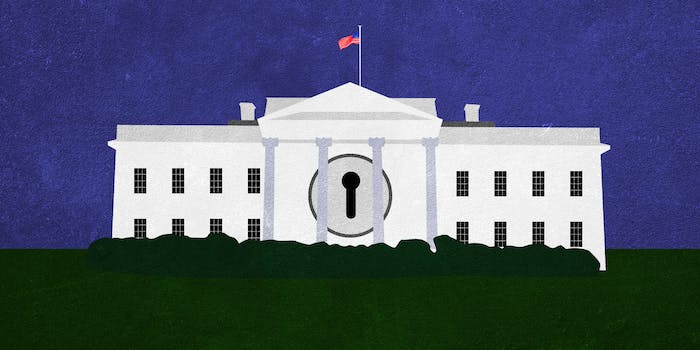 How the next president could transform Internet freedom

Do you know where do the candidiates stand on cyber issues?

When it comes to Internet freedom, it is entirely possible that the 2016 presidential election will be remembered as one of the most consequential events in the history of cyberspace.

This may seem like a bold conclusion, but when you consider the competing attitudes on Internet issues not only between Democrats and Republicans but within the major parties themselves, it’s almost impossible to see how this election could not transform how states and political actors alike use the Internet. To understand the magnitude of the stakes involved, though, it’s necessary to dispense with traditional partisan labels and instead categorize the remaining candidates into three often-overlapping categories: The Internet know-nothings, the Internet autocrats, and the Internet freedom-fighters.

We can start with the Internet know-nothings, of which the leading star is the Republican candidate who is second-most-likely to win the nomination, Ted Cruz. When recently asked about his stance on net neutrality, Cruz replied with so much nonsense that one has to wonder if he was being deliberately deceptive instead of simply revealing that he was uninformed.

To understand the magnitude of the stakes involved, though, it’s necessary to dispense with traditional partisan labels and instead categorize the remaining candidates into three often-overlapping categories: The Internet know-nothings, the Internet autocrats, and the Internet freedom-fighters.

Cruz pined for the bygone days when the Internet was “tax free” and “regulation free,” even though advocates of net neutrality are talking about regulating the companies which provide Internet access and not the Internet itself; claimed that net neutrality would require “anyone who wants to innovate to go to government regulators to get permission to launch some new website,” even though nothing in the Federal Communications Commission’s policy has anything whatsoever to do with who gets a website and who doesn’t; and he referred to net neutrality as “Obamacare for the Internet,” even though this issue preceded Barack Obama’s presidency and (regardless of how one feels about the Affordable Care Act) is far less complicated than Obama’s health care reform policies.

And then there is the Republican frontrunner himself, Donald Trump. During a debate last December, Trump infamously called for “closing off parts of the Internet”  to stop terrorist groups like ISIS from using it as a recruitment tool. While the ideology behind this statement also aligns Trump with the Internet autocrats (more on them in a moment), it stands out for its breathtakingly poor understanding of how the Internet actually works. Despite implicitly characterizing the Internet as a single entity which can be manipulated or controlled by one person or agency, it is in reality a complex system of digital devices throughout the world that constantly communicate with each other.

“The Internet is designed to be decentralized,” explained Andy Sellars, a fellow at the Harvard Law School Cyberlaw Clinic, in a piece for Time magazine. “It’s designed to be that no single power could deny its use. That’s served the Internet quite well because it’s allowed it to grow in unexpected ways.”

Although he shares Cruz’s poor comprehension of how the Internet works and the political issues surrounding it, though, Trump’s casual willingness to advocate a major state intrusion into how the Internet operates places him in the same camp as Internet autocrats many of his fellow Republicans John Kasich, Rubio, and Cruz—as well as Democrat Hillary Clinton.

Kasich, despite being renowned as a so-called moderate, has actually been guilty of some pretty blatant fear-mongering when it comes to cybersecurity issues, most notably when he blamed the San Bernardino terrorist attacks on the fact that American intelligence agencies couldn’t see through the terrorist’s encrypted phones (there is no evidence encryption had anything to do with it). In his defense, however, Kasich has admitted to his own limited tech knowledge rather than attempting to fake it, which puts him in a category above know-nothings like Cruz and Trump; at one point during a Republican debate, he acknowledged that he wasn’t as well-informed as  “the technology folks” advising the White House.

By contrast, Rubio got into a heated sparring match with Cruz during a December debate after claiming the latter’s willingness to let the NSA’s domestic spying program expire had weakened America and made terrorist attacks more likely. Throughout this election cycle, Rubio has consistently advocated strengthening the intelligence community by curbing the civil liberties of Internet users, parroting the traditional neoconservative argument that these sacrifices in personal freedom are necessary in the name of security.

Whether they realize it or not, voters choosing from within this wide spectrum of options are going to select drastically opposing visions for how the Internet fits into the modern world.

Lest one mistake Cruz’s position on NSA spying as a sign that he supports Internet freedom, though, Cruz himself insisted that he wanted the NSA program to expire so that its substitute, the USA Freedom Act, would actually make the security state even stronger than it had been under the USA Patriot Act. In addition, the Texas senator held up a bipartisan bill last year that would have transferred control of the Internet domain system away from the Commerce Department by declaring through his spokesman that “Congress should at least have a vote on whether to give away the Internet.”

Clinton’s Internet ideology, despite also falling into the Internet autocrat camp, is a little more complicated than those of her opponents. On the one hand, she created a controversial private email server, oversaw unprecedented government surveillance of the Internet, and—despite criticizing the NSA surveillance program for going too far in recent speeches—has spent much of her legislative and executive choosing to empower the NSA in precisely the ways that advocates for Internet freedom are now attacking. At the same time, she is also a supporter of net neutrality (which Republicans by and large oppose), even arguing that the FCC should do more to incentivize competition and calling for improvements to America’s broadband infrastructure.

What’s more, she used her power as Secretary of State to push for an “Internet Freedom Agenda” on behalf of foreign political dissidents. For instance, during the Arab Spring protests in 2011, she pressured tech companies into adding security protections for protesters whose online accounts had been hacked (such as in Tunisia), and throughout her tenure she invested millions into small technology ventures that allowed revolutionaries to communicate anonymously and avoid censorship in repressive countries like China, Myanmar, and Iran.

While these achievements haven’t stopped her Republican opponents from claiming that she hasn’t done enough to promote Internet freedom throughout the world, her pro-Internet freedom legacy as Secretary of State is more substantive than the records of all her opponents combined.

This includes the record of the one candidate who can squarely identified as an Internet freedom-fighter, Sen. Bernie Sanders. In 2005, he introduced the Stamp Out Censorship Act which, if successful, would have prohibited the FCC from imposing ‘indecency fines’ on non-public broadcasters, including those on the Internet. Along with voting against the Patriot Act every time it appeared before Congress, Sanders has also been a consistent and vocal supporter of net neutrality, arguing that allowing service providers to offer faster access for certain companies “is grotesquely unfair and will be a disaster for our economy and small businesses all around the country,” adding that “we cannot allow our democracy to once again be sold to the highest bidder.”

He has also vowed to end NSA spying and voted against the USA Freedom Act on the grounds that “we can’t go around telling people we’re a free country when either the government or the corporate world knows every damn thing about you—that’s not really freedom.”

It’s time for voters to start paying attention to exactly what the candidates stand for and why.

In a sense, Sanders’ comment touches on the core reason why this election will be such an important one for Internet freedom. Aside from their varying ideologies, the candidates running for president this year have fundamentally opposing views on how the Internet works and whether it can be a force for good or ill in our world.

In Trump, Americans are offered candidates whose insufficient understanding of how the Internet works on a basic level is incredibly troubling; With Trump, Rubio, Cruz, and Kasich, they are offered Internet autocrats who would back a status quo that gives corporations and our security state disproportionate power over how we use the Internet; Clinton has a mixed record that can inspire equal parts of hope and skepticism among advocates for Internet freedom; and Sanders, characteristically, has embraced the cause of Internet freedom with characteristic fervor.

Whether they realize it or not, voters choosing from within this wide spectrum of options are going to select drastically opposing visions for how the Internet fits into the modern world. Because those visions will be entrusted with the powers of the presidency in less than a year, it’s time for voters to start paying attention to exactly what they stand for and why.