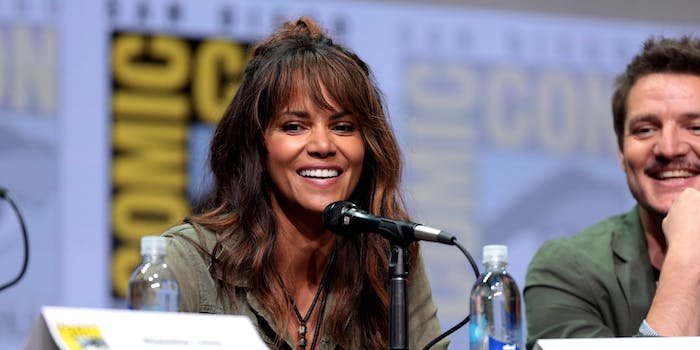 She faced backlash for misgendering the character.

Halle Berry has publicly apologized and withdrawn from a role playing a transgender man after she made some offensive remarks on Instagram Live.

She described this potential upcoming role as “a character where the woman is a trans character, so she’s a woman that transitioned into a man,” continuing to refer to the character as a woman with “a female story.”

When filmmakers hire cisgender actors to play trans people, this casting choice simultaneously misrepresents that character to the audience and takes away a career opportunity that could have gone to a trans actor. Halle Berry’s comments made the problem very obvious, as she repeatedly described this character as a woman with she/her pronouns.

These quotes quickly went viral via Pink News, leading to widespread demands for Berry to quit the movie. Much like Scarlett Johansson, who withdrew from a trans male role last year, Berry listened to the criticism and posted an apology on Twitter, saying that she was no longer considering the role.

“As a cisgender woman, I now understand that I should not have considered this role, and that the transgender community should undeniably have the opportunity to tell their own stories,” she wrote. Berry had been preparing for the movie but hadn’t officially signed on to play the character.

The apology doesn’t mention her use of she/her pronouns or the implication that Berry didn’t understand the basic concept of transgender men being men. However, it will still be a relief to many that she’s not taking the role, and this backlash will hopefully encourage the filmmakers to make a more appropriate casting choice in the future.

In response, the LGBTQ+ organization GLAAD thanked Berry for accepting the criticism, and recommended that people watch the new Netflix documentary Disclosure, which explores the depiction of trans people in Hollywood media, featuring interviews with trans actors and filmmakers including Laverne Cox, Jamie Clayton, and Lilly Wachowski.

Several cis actors have won or been nominated for Oscars for playing trans characters, including Hilary Swank (Boys Don’t Cry), Felicity Huffman (Transamerica), Jared Leto (Dallas Buyers Club), and Eddie Redmayne (The Danish Girl). The same is not true for trans actors, who are rarely cast in high-profile roles, including these movies that focus on trans experiences. Even in the five years since Redmayne’s Oscar nomination for playing Lili Elbe, public opinion has shifted drastically, with more people recognizing that these casting choices are discriminatory and often exploitative.