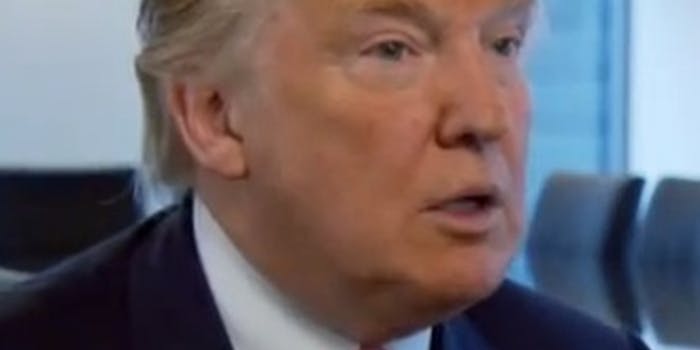 Were they the same hackers who took over Burger King and Jeep's Twitter accounts earlier this week?

Donald Trump has joined the vaunted company of Burger King and Jeep by falling victim to a Twitter hack.

The businessman tweeted Thursday lunchtime that his account had been  “seriously hacked,” and the announcement garnered hundreds of retweets within just a few minutes.

It seems whoever gained access to Trump’s account didn’t have much time to cause chaos. Trump (or whoever helps him run his feed) appeared to quickly delete a tweet posted by the perpetrators. Not quickly enough, however, to keep social media search engine Topsy from indexing the offending message:

We named Trump one of the 10 most influential people on Twitter for 2012, largely because of his frequent angry outbursts and attempts at trolling.