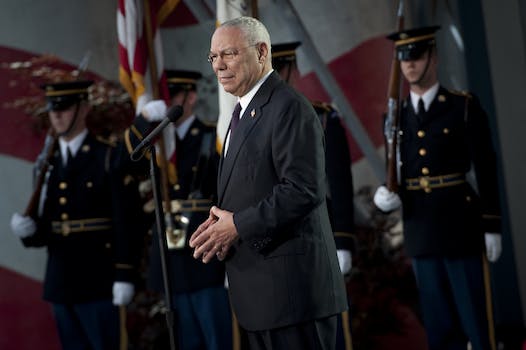 Colin Powell needs better security. A hacker who broke into the former secretary of state’s Facebook account earlier this week has revealed to the Smoking Gun that he also gained access to Powell’s AOL email account. The hacker, who calls himself “Guccifer,” rifled through years of correspondences with once-powerful members of the U.S. government, including former CIA head George Tenet and former U.N. ambassador John Negroponte.

Powell is hardly Guccifer’s first big name victim. Last month, he broke into several accounts belonging to family members of George W. Bush, including one owned by the former president himself. Buried in Bush’s emails Guccifer discovered a series of bizarre amateur paintings by the president, featuring mostly dogs but also half-nude self-portraits.

Guccifer’s past exploits also include compromising the email accounts of a U.S. Senator and U.N. official.

Powell only learned of the hack after a reporter contacted him. He’s since regained control of his account, and Guccifer has moved on. Earlier today he contacted The Smoking Gun from Negroponte’s email account. “it seems that mr powell regained his aol accounts back so we are goin to talk from john “hondurasbabykiller” ponte account,” he wrote.

There’s no word yet on what potentially salacious material Guccifer has dug up from his latest exploits. But let’s hope Powell and Negraponte aren’t as fond of the half-nude selfie as President Bush apparently is.