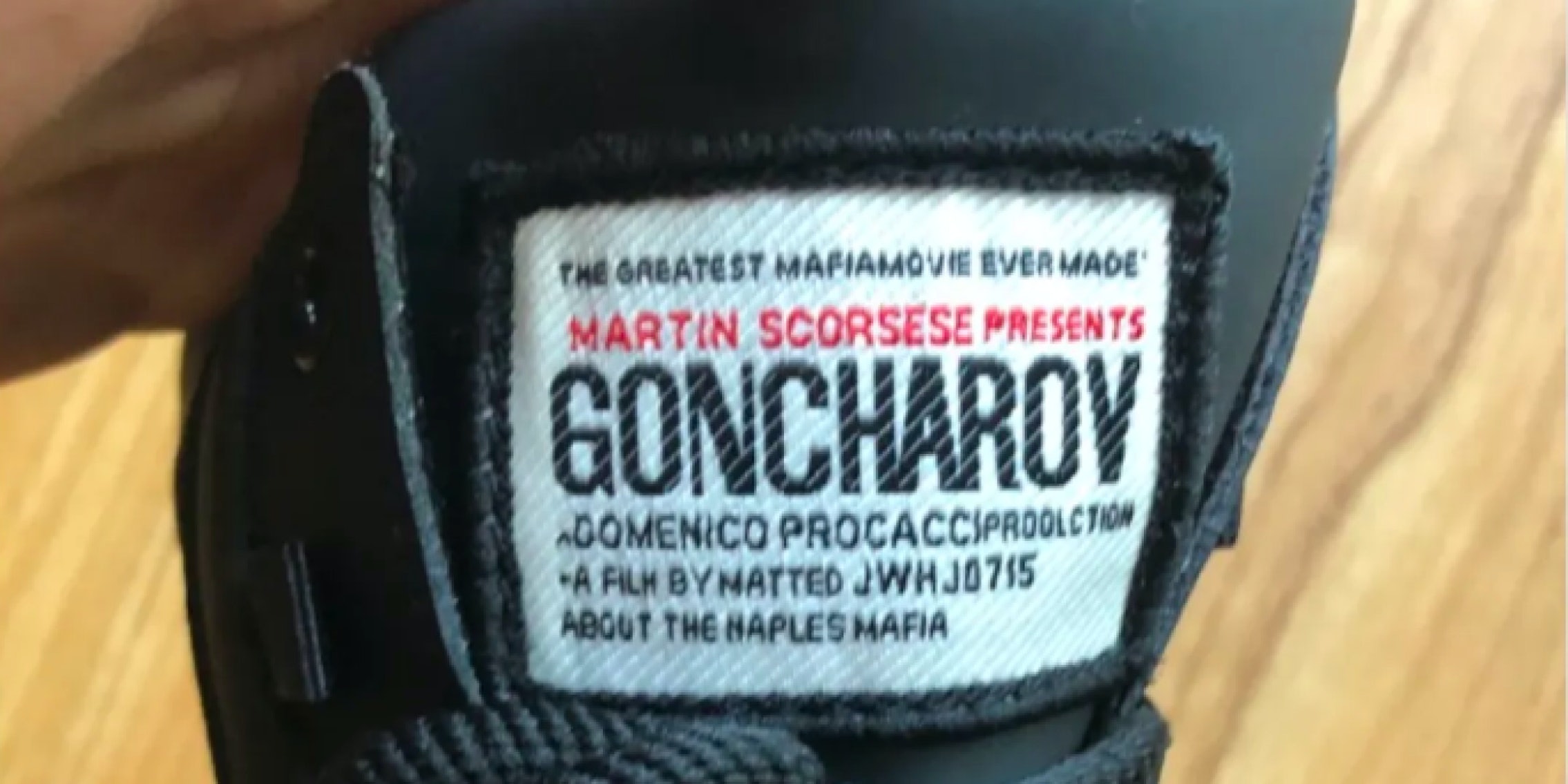 Martin Scorsese’s ‘Goncharov’ is the hottest film on Tumblr. It doesn’t actually exist.

From academic analysis to fanfic, Tumblr users have invented an elaborate lore for the imaginary 1970s mafia thriller 'Goncharov.'

We can always trust Tumblr culture to be as ungovernable and unmarketable as possible. As forlorn Twitter migrants try to acclimatize to the other blue hellsite, experienced Tumblr users have smoothly homed in on their latest niche obsession: the 1973 crime thriller Goncharov, a movie that does not exist.

Goncharov originated with a two-year-old photo posted by Tumblr user zootycoon, showing a pair of boots emblazoned with a puzzling block of text. “The greatest mafia movie ever made,” it reads. “Martin Scorsese presents GONCHAROV.” Printed below is the name of an Italian production company, crediting the film to “Matteo JWHJ0715,” adding as an afterthought that Goncharov is “about the Naples mafia.”

Between the garbled language and the surreal concept of merchandise for a fake Scorsese movie, this post naturally went viral. Several people have since pointed out that “Goncharov” is probably a wild misspelling of the 2008 film Gomorrah, directed by Matteo Garrone with marketing assistance from Scorsese. The boots didn’t inspire much deeper thought until this weekend, when Tumblr collectively decided it was time to invent Goncharov from whole cloth.

Tumblr has since been overtaken by screeds of fake Goncharov media analysis, gifsets, memes, fanart, Letterboxd reviews, behind-the-scenes featurettes, and even original theme music. In the same way that Dracula Daily and absurdist memes like Blorbo became ubiquitous site-wide memes, Goncharov is now the #1 trending topic on Tumblr, ahead of Taylor Swift and the new Pokémon game.

According to the rapidly-accumulating Tumblr lore, Goncharov is an obscure 1973 thriller starring Robert de Niro as the title character, a Russian mafia hitman in (probably) Naples. He’s embroiled in a love triangle with Andrey (Al Pacino) and Katya (Cybill Shepherd), and the film is full of symbolism about clocks and time. (“a seriously underrated detail in goncharov is the fact that goncharov never wears the watch,” reads one post. “all the other clocks in the movie are mounted so its like theyre watching him, following him, keeping an eye. but this one, this one he carries by choice.”)

There’s also a lot of discussion about the homoerotic undertones between Andrey and Goncharov, and while Katya is seemingly Goncharov’s wife or love interest, fans often ship her with a side character named Sofia. Over the past 48 hours, Goncharov has inspired 160 fanfics on AO3.

This style of collective metafiction is Tumblr’s speciality, drawing from the traditions of multimedia fanfic (where fans tell epistolary stories through social media posts and visual art), the “yes, and” attitude of roleplaying games, and a self-aware satire of Tumblr culture itself. The best Goncharov posts are indistinguishable from normal Tumblr content, whether it’s straightforward fakes (ie. a scanned Gene Siskel newspaper review) or snide arguments about how to correctly interpret and/or appreciate the source text.

Tumblr fandoms thrive on the overlap between deep academic scrutiny and stupid flamewares, which is why the Goncharov tag is full of posts complaining about fanfic tropes (“We do not need goncharov high school aus“) standing cheek-by-jowl with excerpts from film studies textbooks. Does Goncharov play into film bro stereotypes for male-dominated gangster movies, or are its homoerotic undertones truly subversive? What is the film’s relationship to real Soviet history and cinema? Is it problematic for people to attribute Goncharov to Scorsese, when its true director is the curiously-named Matteo JWHJ0715?

Goncharov’s mythos is visibly shaped by things that fascinate Tumblr fandom: queer subtext, detailed media analysis, and aggressively committing to the bit. And of course, everyone loves to be part of an in-joke, echoing the phenomenon around the fake TV show Ships of the Northern Fleet, or the fictional Czech polymath Jára Cimrman. Interestingly, it took very little time for people to iron out the specifics of Goncharov’s worldbuilding.

In the same way that Goncharov fans understand the rhythms of Tumblr discourse, they know instinctively which tropes “should” appear in this kind of movie, quickly arriving at a consensus. Katya is an archetypal neo-noir femme fatale while Goncharov is a very recognizable kind of Scorsese protagonist; a doomed mafioso, trapped by his job and his own self-destructive desires.

Through a combination of genuine cinematic expertise and familiarity with how people like to argue about movies online, Tumblr invented a film that fits neatly into the late-60s/early-’70s trend for gritty crime thrillers like Le Samouraï, The French Connection and The Godfather. And the resulting conversation is sneakily relevant to real-life concerns about film preservation in the streaming era—a topic close to Scorsese’s heart. If you haven’t heard of Goncharov, it’s not because it doesn’t exist. It’s because the movie was suppressed during its original release, and is now virtually impossible to stream online. Obviously.