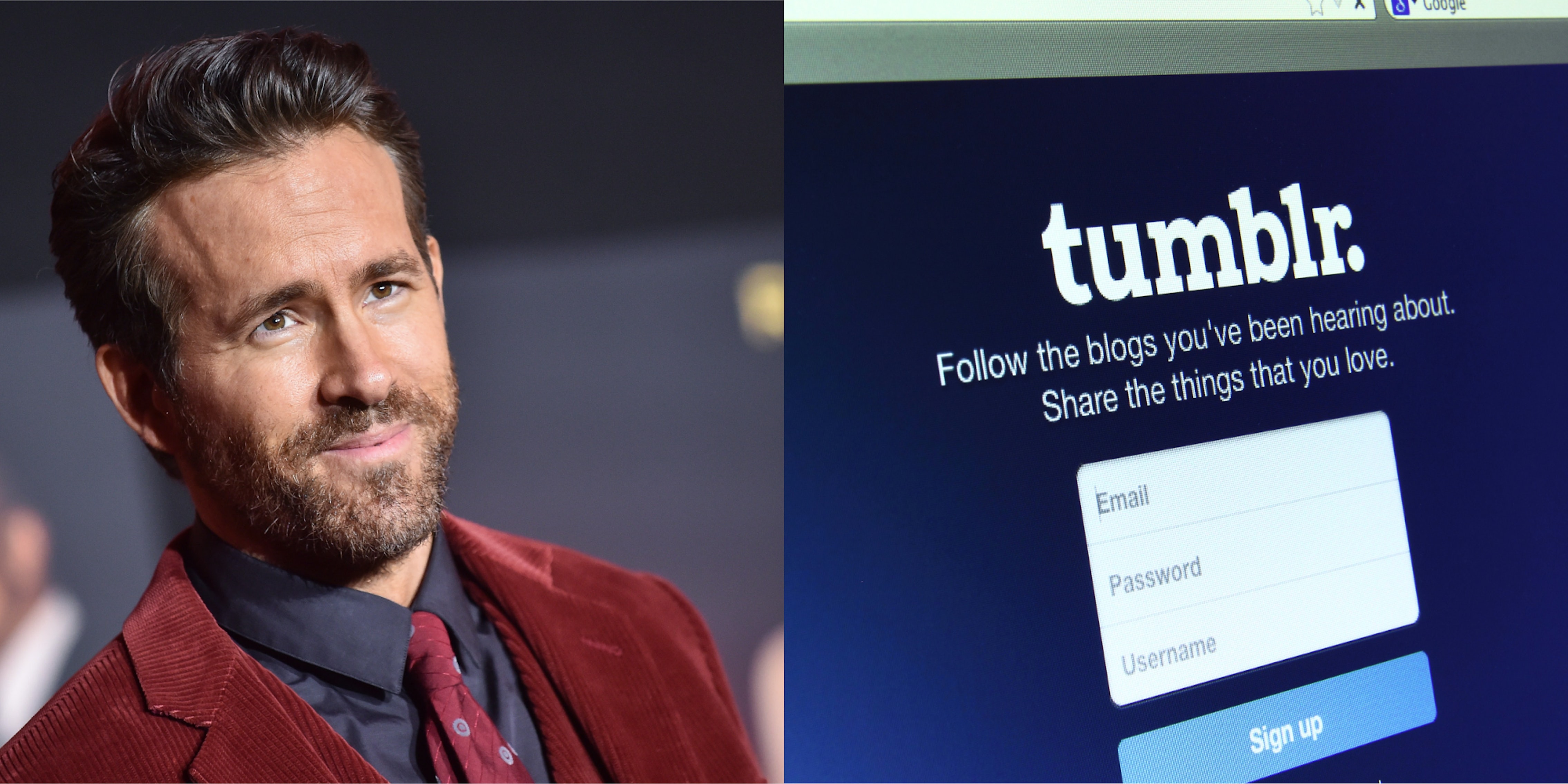 Will brands and celebrities migrate from Twitter to Tumblr? If so, Tumblrites are ready to bully them away again.

As Elon Musk‘s Twitter takeover goes from bad to worse, the idea of a mass exodus seems more and more likely. But where will Twitter users go?

A few are already testing the waters at Mastodon and Cohost, while others are migrating to mainstream platforms like Instagram and Tumblr. However, some sites are more welcoming than others. While Mastodon die-hards seem thrilled to explain the platform to newbies, Tumblr users are currently battening down the hatches, preparing to expel and discourage any Twitter ex-pats who fail to fit in—especially if those newcomers are trying to promote a brand. One such target is Ryan Reynolds, whose new Tumblr account was met with a mixed response this weekend.

Ryan Reynolds is admittedly one of the few A-list stars who could plausibly make it work on Tumblr. He’s known for shitposting and self-aware dad jokes, and although his Twitter content invariably leads back to self-promotion, his fans still find him amusing. After publishing three gifsets (all featuring himself) and a video (ditto), his welcome on Tumblr has ranged from cautious tolerance to “i’m going to give you a colonoscopy.”

As a mainstream, easily-accessible platform where users can amass a large following, Tumblr holds obvious appeal for popular Twitter users. The problem is, Tumblr culture is staunchly opposed to celebrities, brands, and influencers of any kind. Its userbase actively takes pride in losing billions of dollars for the site’s former parent company.

While brands like Wendy’s used to have a foothold on Tumblr, that era is long gone. Now only a few genuinely famous people have any sort of presence there, and they do so by posting like normal bloggers. In the words of one Tumblrite this week, “We’re here building a fort out of scraps of stuff we found in a dumpster and if Ryan Reynolds would like to sit down in the mud and contribute, he is welcome to. But the fort comes first.”

There’s no better illustration of this than Ryan Reynolds’ own arrival on the site, which was quickly overshadowed by the two-year anniversary of Castiel’s “I love you” scene in Supernatural. Like most great things on Tumblr, this platform-wide in-joke is fundamentally absurd and impossible to monetize, tying into an irrelevant fandom that is mostly siloed within Tumblr itself.

Right now, there are numerous Tumblr posts advising people to block any brand accounts as soon as they appear, along with jokes about hazing newcomers who just arrived from Twitter. Meanwhile, one viral thread is “welcoming” former Twitter users by making Tumblr look as cringeworthy and unappealing as possible, spreading with the caption, “this post is the tumblr version of firing off a few shots to keep the rent down.” Tumblr has its own history with messy corporate buyouts, and it doesn’t want to borrow trouble from Twitter’s new landlord.