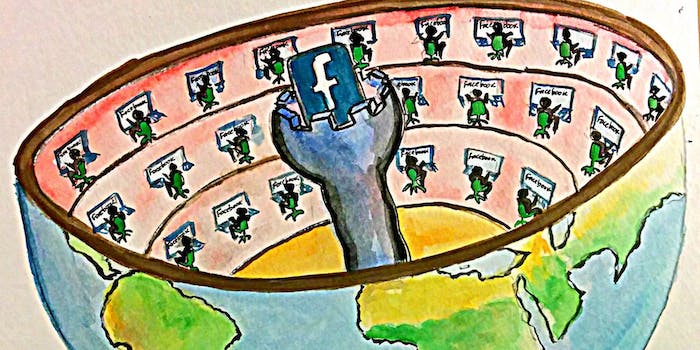 Is technology good for humanitarianism?

Technology makes a lot of things easier, like ordering food, finding directions, or donating money. The humanitarian sector has been quick to take advantage of technology, especially to make fundraising more efficient.

In 2010, after a massive earthquake struck Haiti, we were introduced to an important innovation in humanitarian aid: text donations. As part of the massive mobilization of aid to Haiti, phone companies and aid organizations teamed up for a campaign that made donating as easy as texting the word “HAITI” to a certain number.

Since the $10 donation was added onto your cell phone bill, you never even had to fill out your credit card information. It was an immensely simple, easy process (and one that was possibly inspired by American Idol, but don’t believe everything you hear). The American Red Cross raised $32 million thanks to this campaign, and mobile giving supplied 8 percent of its total donations for Haiti.

At the height of the Ebola crisis in 2014, Facebook rolled out its own version of expedited donations—a “Donate” button to raise funds to fight Ebola in West Africa. The button appeared at the top of your News Feed until you either donated or clicked “x” to never see it again. The donation process was actually four steps: 1) click “Donate,” 2) select one of three organizations to direct your donation, 3) enter your chosen amount of money, and 4) select your payment method. You’re done! Congratulations and thank you for helping to fight Ebola.

1) The “Donate” button let you pick one of three NGOs to direct your money to, but we have no idea how Facebook selected these three organizations out of the hundreds that are working to stem the tide of the Ebola outbreak. I’m certain there was a finely tuned process behind Facebook’s list, but as the donor, you don’t know what that process was, just that you should trust Facebook’s choices. I was also a little surprised to see that Facebook’s short list left off highly regarded organizations whose Ebola efforts are already well-publicized, like Doctors Without Borders, Oxfam, and U.N. agencies like UNICEF and the World Food Programme.

2) The way these “innovative” campaigns are designed, even though 100 percent of your money goes to the nonprofit, you never actually have to connect with the organization itself. Both text donations and Facebook’s “Donate” button spare you from having to learn anything about the organization before you fork over your money, and not even a visit to their website is required. Facebook’s system is so perfect that you never even have to leave Facebook. This is not surprising, but a little weird considering most of us won’t even give $5 to a homeless person because we “don’t know what he’ll use it for.” Either we trust these organizations (which might be pretty foolish—the Red Cross is hardly the only nonprofit that spends millions on its “public image”), or we’re just lazy. Or both.

3) This is only the second time Facebook used a “Donate” button to encourage users to give to a humanitarian cause (the first was to bring money to the Red Cross’ efforts after Typhoon Haiyan hit the Philippines). While it makes sense that they picked Ebola, which has killed about 4,950 people since February, compare that number to the death toll from malaria, which killed 300,000 people in the same time period; tuberculosis, which has caused 600,000 deaths; and Lassa fever, which is arguably a bigger problem in Africa than Ebola.

Good for Facebook for mobilizing and “innovating” to help a humanitarian cause—but keep in mind that there was a process behind Facebook choosing Ebola as a “deserving” cause, and it had more to do with the media frenzy and mass panic than with a sense of proportion about humanitarian disasters.

Technology like cell phones, social media, and other marvels of the modern age are helping to “innovate” the humanitarian industry, largely by making fundraising more efficient for both the donor and the recipient. Facebook has immense reach—it has over 757 million daily users—and the button will show up at the top of your News Feed for a full week (assuming you live in one of the 30 countries where Facebook has selected to show the button on its site).

For the donor, the process is easy and streamlined. For the recipient organization, the campaign boosts their social media presence enormously and thus—it’s safe to assume—their fundraising footprint as well.

Humanitarianism was an “industry” well before people were texting “HAITI,” but the digitizing of our public sphere accelerates this process of commodification. Soon, the field of humanitarian aid organizations will resemble any other modern marketplace, where products are offered for purchase and all other elements of the economic cycle are concealed from the consumer. Commodification streamlines the process of donation, making it easier and more efficient, but it also makes our relationships with humanitarian aid organizations more impersonal and prevents us from knowing exactly what aid is being given and under what conditions.

In other words, technology and commodification are expanding the scope and reach of humanitarian organizations, but they also amplify a disconnect between the donor and the actual messy, on-the-ground humanitarian work, with its endless complications, nuances, and contradictions.

I’m curious about what the future holds for the “technologization” (please forgive the use of this awkward word) of humanitarian aid campaigns. Is it a sign that tech companies like Facebook are becoming true “global citizens?” Who will benefit from technological innovations—small, grassroots NGOs, or industry giants like the Red Cross and Save the Children? My guess is that initially the giants will benefit, but soon enough, the technology will be made available even to the little guys, so it won’t winnow the enormously crowded, competitive field of humanitarian organizations.

Which brings up an interesting dilemma for the potential donor wanting to “make a difference” in the fight against Ebola: With hundreds of NGOs on the ground in West Africa, how do you choose which to support? Many people will donate to an organization they’ve donated to previously or one that they are already familiar with, but very few people will actually do serious research on the organization’s reputation and activities before they click “Donate.” I don’t even know what organization my donation went to when I texted “HAITI.” I just wanted to feel like I did something.