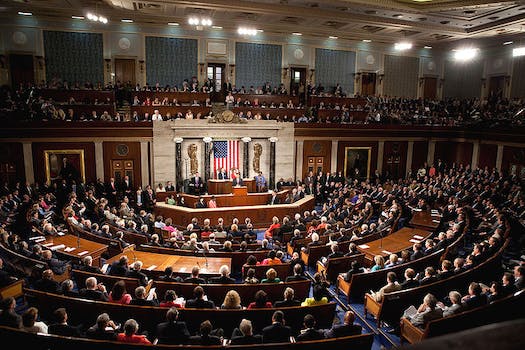 Developers get access to every bill from the 113th congress

As part of a bipartisan push for open data, every bill proposed during the most recent congressional session is now available in machine-readable XML. But what will developers do with it?

The U.S. Government Printing Office (GPO) announced last week that it has made all the bills from the 113th Congress available for download in the machine-readable XML format at the GPO’s Federal Digital System (FDsys) Bulk Data  repository.

This provision was made “in support of the task force on bulk data established by House report 112-511” and takes a further step in the Obama administration’s drive toward open data and open government.

In a joint statement, Speaker of the House John Boehner and Majority Leader Eric Cantor praised the move.

“This is a win for every American who believes in open government. Making legislative data easier to use for third parties, developers, and anyone interested in how Congress is tackling current challenges is a priority for House leaders. We’re going to keep working to make the legislative process more transparent and to better connect lawmakers with the people we serve.”

This project is part of a series of moves under the Legislative Bulk Data Task Force. the first project was announced several days before the release of the House’s legislation when the Clerk of the House released what are called House floor summaries in XML format.

This task force, according to the speaker’s office, “was created to expedite the process of providing bulk access to legislative information and to increase transparency for the American people. It includes the House Clerk, legislative branch agencies such as the Government Printing Office and Library of Congress, representatives from House leadership and key committees, and the House Chief Administrative Officer.”

Although the Obama administration has spearheaded a new openness in governmental data sharing, it was the GOP’s embrace of transparency that has, in large part, led to these new steps in the House.

As Alex Howard notes, “Open government in the House… enjoys a rare status in Washington these days: bipartisan comity.”

Easy access to machine-readable data from the House of Representatives is valuable for individual interested citizens, for the press and for activist organizations.

What may be the most interesting aspect of these continued releases will be what developers do with that data. Raw data requires time and persistence to sift. Developers now have the ability — perhaps even the duty — to create tools that make that data genuinely useful in the hands of voters.