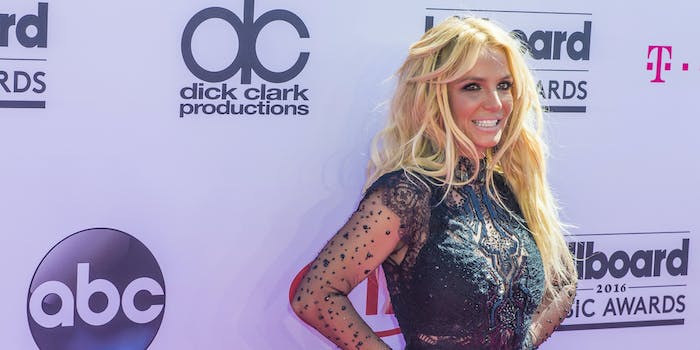 'Why highlight the most negative and traumatizing times in my life from forever ago?'

In the wake of a new BBC documentary about Britney Spears and her conservatorship that debuted over the weekend, Spears is once again criticizing documentaries made about her life.

Spears posted a video to Instagram featuring her performing several dance moves around her house. But her message arrives in the caption of the video. While she was “flattered” by the documentaries, she also took issue with them.

“So many documentaries about me this year with other people’s takes on my life … what can I say …” Spears said. “I’m deeply flattered !!!! These documentaries are so hypocritical … they criticize the media and then do the same thing 🤔🤔🤔????? Damn …”

It isn’t the first time that Spears has been vocal about her thoughts on a documentary about her. While she didn’t participate in Framing Britney Spears—FX and the New York Times’ documentary about the media scrutiny over Spears, the double-standards of how a female pop star was covered in the early-to-mid 2000s, and the events that led to her conservatorship—she noted in late March that “from what I did see of it I was embarrassed by the light they put me in.”

Spears acknowledges that people tend to be more interested in the negative and highlighting “the most negative and traumatizing times in my life,” but she’d rather look to the future.

“I don’t know y’all but I’m thrilled to remind you all that although I’ve had some pretty tough times in my life …” she continued. “I’ve had waaaayyyy more amazing times in my life and unfortunately my friends … I think the world is more interested in the negative 🤷🏼‍♀️🤷🏼‍♀️🤷🏼‍♀️ !!!! I mean … isn’t this supposed to be a business and society about THE FUTURE 🤧🤧🤧 ???? Why highlight the most negative and traumatizing times in my life from forever ago ????”

She also pushes back at assertions from Billy Brasfield (referred to as “Billy B” on her post) that she doesn’t control her own social media.

Framing Britney Spears‘ debut in early February led to a renewed interest in Spears and a reckoning of the powerful people who helped to perpetuate and fuel the environment that attacked and shamed her. It led to new attention to the Free Britney movement, the public shaming of her ex-boyfriend Justin Timberlake, whose older (and often derogatory) comments about Spears resurfaced, and Timberlake’s eventual half-hearted apology.

Yet another documentary about Spears from Erin Lee Carr is in the works at Netflix with no release date attached.