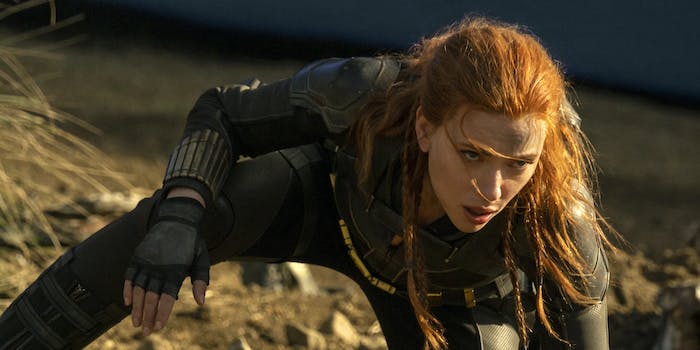 The Marvel film earned $60 million from Disney+ on its opening weekend.

Despite the long delays and declining hype for an MCU movie, Marvel‘s Black Widow is proving to be a massive success—particularly on Disney+.

With in-person screenings still not up to their pre-pandemic state, there was no guarantee that Black Widow would be a box office hit. But the Marvel brand is apparently as strong as ever, with Black Widow scoring $80 million in domestic ticket sales over its opening weekend—the best result since Star Wars: The Rise of Skywalker in December 2019. Worldwide, Black Widow brought in $158.8 million over the weekend.

If anything, the film’s Disney+ earnings are even more impressive. Like other big Disney films that received a simultaneous release online, Black Widow costs an additional $30 on top of the Disney+ subscription fee. And Marvel fans were apparently happy to pay extra. Black Widow brought in more than $60 million via Disney+ Premiere Access, an impressively high number. As the Hollywood Reporter points out, it’s unusual for streaming services to even reveal a film’s streaming stats on opening weekend. Netflix only gives vague reports about a film being “viewed” by millions of households (an unreliable metric because a “view” can sometimes mean just a couple of minutes), and HBO Max quietly avoided releasing specific ratings for Zack Snyder’s Justice League, suggesting that it wasn’t much of a hit.

Black Widow‘s Disney+ numbers are great news for the studio, but they may be an anomaly. After a year of drought, Black Widow benefits from a widespread enthusiasm for any kind of blockbuster release. And with the pandemic still ongoing, many people opted to stay home when they might otherwise have seen the film in theaters. Disney+ is clearly here to stay, but we may see more people return to traditional viewing methods when Marvel’s Eternals and Shang-Chi come out later in 2021.