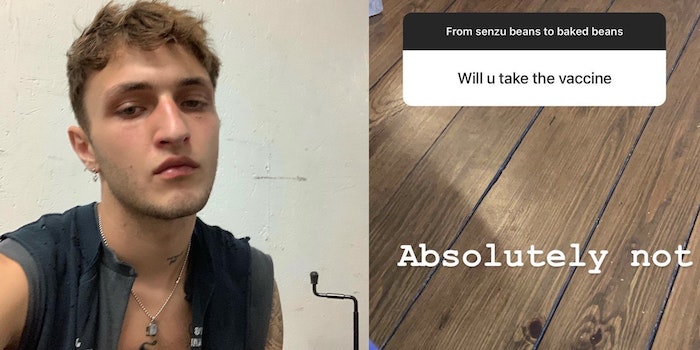 'Not Anwar being an anti vaxxer. I know Gigi and Bella are embarrassed.'

There’s never a good time for anyone vaguely in the public eye to come out as an anti-vaxxer, but when the entire world is trying to figure out how to put an end to a pandemic likely ranks among the worst times.