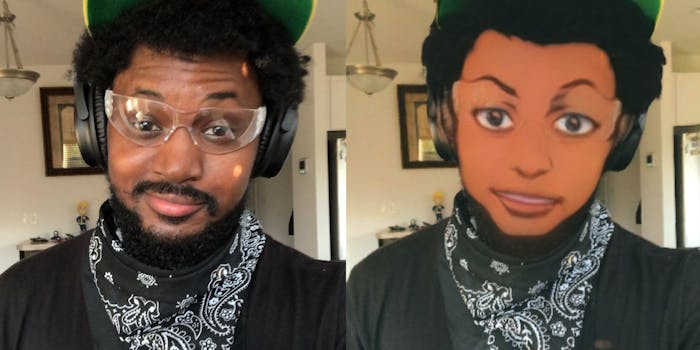 Everyone is turning into anime characters with this viral face filter

Now you too can be an anime character.

Face filters are the new norm on photo and video-sharing apps like Snapchat, TikTok, and Instagram. But, a new anime filter is all the rage—so much so that Snapchat users are manually porting their filtered photos and videos to other apps for widespread use.

The filter, which is called Anime Style, but users have coined #animefilter, is exactly what it sounds to be. Results vary depending on a person’s bone structure, skin tone, and hair color, but the overall look is very spot-on for a Japanese anime cartoon. Additionally, different effects appear if the user chooses to widen or squint their eyes.

Some users have even placed the filters on their pets, favorite celebrities, and iconic pop culture moments. With over 62 million collective views on TikTok, #animefilter proves to be a social media culture success.

Anime filter: How to try it

If you also want to try out the filter in places other than Snapchat, follow these five simple steps and get your cosplay on.