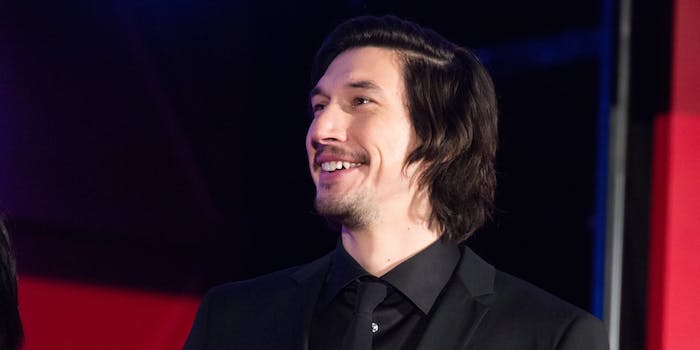 Driver was accused of being Islamophobic over past statements about joining the Marines shortly after 9/11.

Adam Driver was accused of being Islamophobic, and fans quickly flocked to his defense.

The #AdamDriverIsOverParty hashtag was kicked off by Twitter user @fairyAmidala, who used it to tweet that Driver is “ugly inside and out.”

People began referencing an NPR interview from 2015 and a New Yorker story from 2019. In both, Driver said he joined the Marines shortly after 9/11 out of a sense of patriotism and desire for “retribution.” In a Tumblr blog “summarizing the issue,” which was also linked to in the Twitter debate, commenters expressed feeling that Driver’s comments in the NPR interview were Islamophobic.

Some people ran with it, but most tweets under the hashtag are in defense of Driver.

“ABAHAHAA. # AdamDriverIsOverParty Y’all are really some bored 16 year olds!” Twitter user @Maddieoos wrote. “Please do your research because this is getting old. #AdamDriverIsNOTOverParty!”

Driver was honorably discharged after being injured and never saw battle, according to the New Yorker.