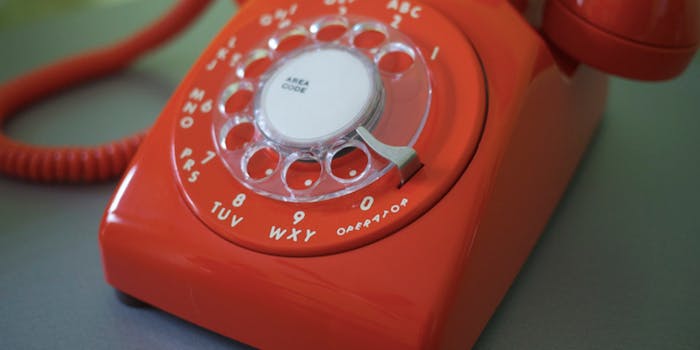 The 44 greatest prank phone calls of all time

I consider myself a fairly well-adjusted person. I have taste, relevant opinions, nuance. I read the New Yorker, all that good stuff.

But man, I sure do love prank calls.

The controlled chaos of a particularly well-executed prank elicits a delicate, hilarious terror you can’t find anywhere else. You confront everyday people with unimaginable, unforetold pressure and see how they react. It’s a pure, straightforward interplay between human beings. We listen as our fellow man sinks into anger, confusion, bewilderment, and anxiety—and we laugh.

So here are the 45 best prank calls on the Internet. Some of them are compilations, some are here for historical purposes, some are painful, some are mean, some are delightful, and some are very, very dumb. Let us celebrate this juvenile tradition with guffaws and gritted teeth.

As with Chickity China, you can’t write a list of notable prank calls without including this. Both are classics of the early Web, even if this one has aged only slightly better than the Jerky Boys themselves.

Sometimes it pays to just be annoying. How annoying? Like making up vaguely Italian-sounding meats and asking to get them on a pizza. Unfortunately, Domino’s doesn’t carry “Strombolio.”

Sometimes prank calls can make people feel uncomfortable because they’re based on the premise of sowing confusion or anger, or agitating as much as possible. But in this prank, our boy Guido Hatzis makes some random, everyman plumber laugh so hard it feels genuinely warmhearted.

Proof that all you really need is one funny-sounding word to make an essential prank call.

YouTube icon VideoGameDunkey is an idiot savant and can find humor in bottom-of-the-barrel gimmicks. Here he calls up a bunch of pizza restaurants and asks if they’re going to see the new Star Wars movie, and somehow it’s one of the funniest things you’ll ever hear.

I tend to stay away from OwnagePranks because “white guy doing ‘wacky’ accents” is a dangerous path for any blogger to go down. But man does this guy profoundly lose his shit. Seriously, the culmination of this thing might be the best moment of the entire genre.

I’m not even sure if this prank is intended to be… funny, per se. You call up a dude while posing as a florist and offer to send a dozen red roses to anyone of his choosing. Does he send them to his actual girlfriend? Oops.

One more roses crank—this time featuring a man who happily discloses the fact that he’s married while his, erm, girlfriend is on the line.

My favorite part of The Simpsons school of “make someone say something dumb” prank calling is when the realization dawns on our victim. As it turns out, “Anita Goforadump” sounds exactly like it’s spelled.

One of the lesser Mr. Burgess pranks because of how straightforward it is, but solid in its own right. It only takes five minutes to go from zero to 100.

“The only music is country music.”

Embedding on this one is disabled, so click through if you dare: It’s some real OG shit, totally mean-spirited, and filmed in a classroom surrounded by a bunch of shitheel friends. We should feel very lucky that YouTube allows us to revel in teen hatred.

I have to include one of these. There are just a few great traditions in America: apple pie, baseball, and crank calling government television.

It’s not high art, but I really do love how quickly this devolves into pure nonsense.

Occasionally the magic of a great prank call comes from stumbling into someone who’s more than prepared to go insane. All dude had to do was say “We’ve gotten some complaints about your engine brakes,” and, yup.

Somehow the legendary Longmont Potion Castle tracked down Alex Trebek’s phone number. He is the hero we deserve.

Call up an exterminator, say a bunch of increasingly weird things about pigeons—to the point where both the prank caller and the prank victim are dying of laughter. It’s an easy formula, kids.

One of the more cringeworthy subgenres in crank calling is the “let’s just keep making their phone ring until they completely lose it” strategy. It’s either lazy and sophomoric or legitimately brilliant.

I don’t want to spoil anything, but this is like, the ideal prank call. One very simple premise, executed to perfection, with absolutely no meandering or bullshit.

Probably more historically relevant than hilarious, this prank goes down as the most famous Baba Booey ever. Of course we remember the surreal, slow-motion car chase, but this is also the day Robert Higgins ascended to mythical status.

In which our hero, Dave Chappelle, lends his perspective to perhaps the greatest program in Comedy Central history. He calls up a bed and breakfast as the Wu-Tang Clan and enjoys a good three minutes with the sweetest lady in the universe. At one point she says she likes “Christian rap.” Bless.

The other, superior prank call compilation from Dunkey. The Little Caesar’s crank is patheon-level all by itself.

Literally the worst nightmares of my youth realized in the most devastating, visceral way possible. I love it so much.

There is no band called Turtle Pleasure, though there really, really should be.

I’m generally not a fan of using celebrity soundboards for prank calling purposes. It was all the rage when I was middle school, but it’s a tad artless. However, in the hands of the professionals over at the Howard Stern Show, calling up a house full of drunks as an incensed Mel Gibson can be a transcendent idea.

Fair warning: If you listen to this you will spend the rest of your life saying “me, my weights, and just a whole bunch of working out.”

A decent crank that goes completely super saiyan once our victim finds himself absolutely losing his mind at expertly excised Willy Wonka samples.

14) Dude Flips Out Over Christmas Prank

Discover a particularly ridiculous Barbra Streisand song and you can control the universe.

Just 11 jaw-dropping minutes with a few disastrously nice people who stay on the phone way, way too long for a guy who’s seriously asking people how to “cry more of my own natural tears.”

Longmont Potion Castle is probably the most postmodern voice in prank calling, and his super abstract requests from this random outdoorsy outfitter store might be his finest work.

As soon as you realize where this is headed, it becomes the funniest thing in the world.

Another fantastic entry in the Longmont canon. My favorite thing about this one might be the increasingly silly fake names (we end with “Fifi Nono”).

I still don’t know if these are real or not. The Mr. Burgess pranks were a staple back in eBaumsworld and other prehistoric meme factories; I imagine they originally came from a local radio station. If this isn’t staged, Mr. Burgess is the foulest human being in America, and listening to him erupt in backwoods rage is consistently hilarious.

Possibly my favorite from the Longmont canon. Our anonymous auteur has always had hypnagogic tastes, but here he takes it a step further with overdubs, delays, and pitch shifts.

This reveals deep-seated racism through a passionate love for NASCAR, which is probably the closest prank calling has ever gotten to necessary social commentary.

Richard Christy might be the only person on planet earth who can legitimately call himself a full-time prank caller. This crank, where he overdubs his voice and drives an old woman to the brink of her sanity, is perhaps his crowning achievement.

In which the Corporate Office convinces some poor soul to drop the restaurant’s cordless phone in a deep fat frier. I’m not even joking. You have to hear it to believe it.

The recipient of a call from a telemarketer pretends that they’ve accidentally reached a live crime scene. It’s super high-concept, and one of the precious few instances where a crank feels like genuine performance art.

The best of the Mr. Burgess prank calls, in my opinion. Not for the weak, but oh my god, when the third voice chimes in, just, oh my god.

The prank that launched WWE’s biggest star into unprecedented international meme status. Who knew “BRRRAPPADOOOO” was such an effective way to troll? Fantastic all around, but elevated to the top spot by how goddamn mad this lady gets about wrestling.

Not particularly funny, or inventive, and also it’s kinda racist, but it does stand as one of the very first examples of prank calling in the Internet era. I copped this off of LimeWire; you probably did too. Certainly a template for years to come.