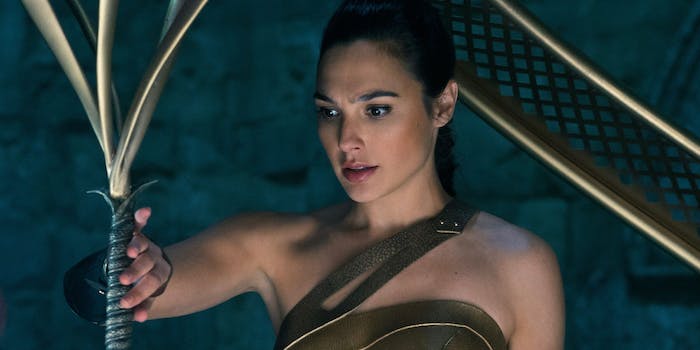 Wonder Woman 1984, Patty Jenkins’ followup to the 2017 smash hit Wonder Woman, is already going to be one of the most anticipated films of 2020. And although there will be a couple of familiar faces between Gal Gadot’s Diana and Chris Pine’s Steve Trevor, don’t call it a sequel.

In a new interview with Vulture, Wonder Woman 1984 producer Charles Roven noted that avoiding the word sequel to describe the next Wonder Woman film came from Jenkins herself. And to frame the reasoning, he gives us a bit of a tease on what Wonder Woman 1984, which is currently in post-production, has in store when it debuts in theaters next year.

“She was just determined that this movie should be the next iteration of Wonder Woman but not a sequel,” Roven explained. “And she’s definitely delivering on that. It’s a completely different time frame and you’ll get a sense of what Diana-slash-Wonder Woman had been doing in the intervening years. But it’s a completely different story that we’re telling. Even though it’ll have a lot of the same emotional things, a lot of humor, a lot of brave action. Tugs at the heartstrings as well.”

According to a source close to Jenkins who spoke to Vulture, Jenkins doesn’t believe that Wonder Woman 1984 is a sequel either. They compared it to other largely standalone series like Indiana Jones and James Bond, two franchises that don’t spend much time contemplating past films in the next one and don’t have much of a link beyond the main characters. Even though technically, what Roven is describing is a sequel.

While Wonder Woman 1984 is not a direct continuation of Wonder Woman’s story and we’re unlikely to see what Diana has been up to in-between World War I and 1984, those two stories are still linked. Diana will be in it and she will presumably have those ties, even if there aren’t explicit links to the first film. Warner Bros. and DC Comics had already been de-emphasizing the interconnective universe, so making and selling a film that doesn’t require you to have seen half a dozen films before it to understand what’s going on (like some Marvel films can) may be a move to avoid alienating audiences. And so far, its biggest box office successes to date have been standalone films like Wonder Woman and Aquaman.

But then there’s the matter of Trevor. Although the character died at the end of Wonder Woman, Jenkins confirmed that Pine was returning to Wonder Woman 1984 and even released a photo of him in-character wearing a fanny pack. (She has remained mum on any context surrounding Pine’s return.) Will there be some sort of explanation as to why the character has seemingly risen from the dead? Or will he just pop up in Diana’s life again like it’s nothing?