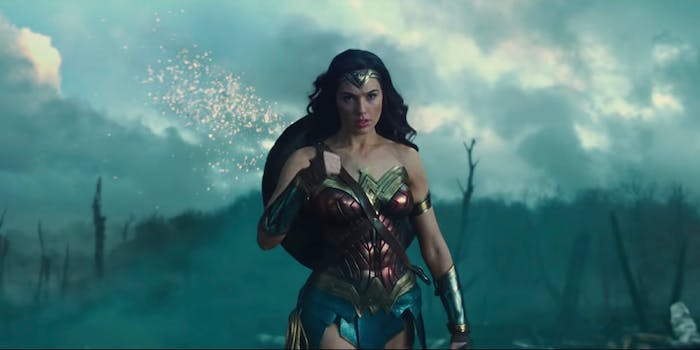 She's already done two films that take place in the past.

Apart from the first and final scene that bookended it, the first Wonder Woman movie was set during the final days of World War I. The sequel, Wonder Woman 1984, looks like it’ll largely be an ’80s movie. But according to director Patty Jenkins, a potential third Wonder Woman film would likely go forward.

The future of DC Comics films is open. Wonder Woman and Aquaman were box office successes (and largely garnered positive reviews) while Justice League, Batman v Superman, and Suicide Squad were skewered. A standalone Joker movie is being released this year, a Birds of Prey film is moving forward, a Flash movie will be released eventually, and an Aquaman sequel is all but inevitable, but DC’s movie slate is largely still in development.

And officially, Warner Bros. has yet to greenlight a Wonder Woman 3 and we’re more than a year away from seeing Wonder Woman 1984 arrive in theaters. But that doesn’t mean that Jenkins has at least considered where the story would go.

“I’m not set, but I’m not doing another period piece,” Jenkins told the Hollywood Reporter Saturday at the Sundance Film Festival, where she’s promoting the TNT miniseries I Am The Night.

“I’m not planning to put it in the past again, because where are you going to go?” she added. “You have to go forward. It’s definitely a contemporary story. That’s all I can say. Where we put it and how that gets figured out, I haven’t totally nailed down.”

Right now, the possibilities of what that could entail are endless. We’ve already seen a contemporary Diana far removed from a fish-out-of-water story, but several films of backstory built onto her character and potential new conflicts could offer a much larger scope of a story that wouldn’t work in another period film.

However, we do know one thing about Wonder Woman 3. Even though Steve Trevor, the character Chris Pine played, died in the first film, he’s returning for the sequel. But he probably won’t show up for the third movie.

While Jenkins, who’s largely credited for the success of Wonder Woman, isn’t talking specifics, she has given some thought as to how to end Diana Prince’s story.

“Whether I [direct] it or not, I see how her arc should end in my incarnation of Wonder Woman,” Jenkins told Vanity Fair. “I have great passion for that.”

Correction 10:28am CT, Jan. 29: An earlier version of this article misstated the network on which I Am the Night airs. It is a TNT show, not an AMC one.