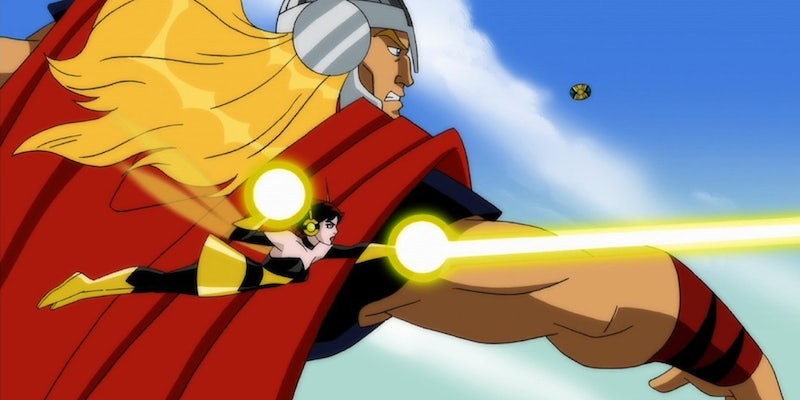 What ‘Ant-Man’ missed by failing to include the Wasp

Janet Van Dyne was a founding member of the Avengers team. Here's why she should be in the MCU.

As Marvel Studios embarks on its third phase of movies, filmmakers are beginning to mine Marvel’s back-catalog for more obscure characters. Yet there’s one Avenger who has virtually been erased from the franchise: Janet Van Dyne.

After being written out of Joss Whedon’s Avengers, Janet Van Dyne—AKA the Wasp—was reduced to a faceless cameo in Ant-Man. For a character who has been around for 50 years and actually named the original Avengers team, this seems like something of an oversight.

So, what are we missing in Marvel’s new, Wasp-free universe?

Like Tony Stark, Janet Van Dyne is a celebrity superhero. In the comics she juggles dual careers as a fashion designer and Avenger, a role that would flesh out the Marvel Cinematic Universe’s ongoing examination of superheroes as public figures. She’s a perfect character to bridge the gap between the civilian world and the increasingly militarized Avengers team.

Plus, Janet would finally give us a plausible explanation for who designs everyone’s costumes. You can’t go wrong with a scene where someone pauses an Avengers meeting to showcase some new costume options. 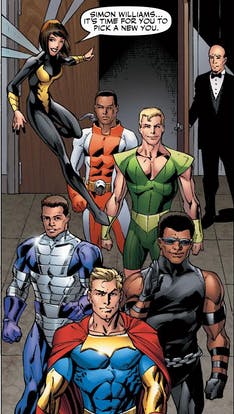 But despite the Wasp’s long-running and influential role in the comics, Marvel may have had an understandable (if not exactly pleasant) reason for excluding her from the MCU. For decades, her character arc was inextricably linked with her rocky relationship with the original Ant-Man, Hank Pym.

The Wasp is a superhero in her own right, using Hank Pym’s Ant-Man technology to change size and sprout insectoid wings. However, her 1960s introduction now feels very dated. Most of her earlier storylines involve trying to get Pym to commit to their relationship while he either focuses on his research or simply acts like a dick. 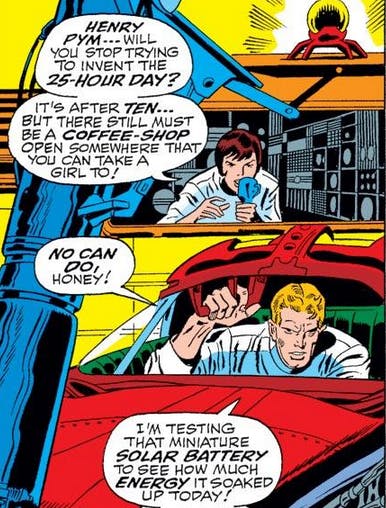 It was never exactly a romance for the ages. While Janet remains loyal and affectionate throughout, Hank Pym is characterized as tempestuous, inconsiderate, and often downright insulting.

When they do finally get married, it’s under some pretty bizarre circumstances. Temporarily disguised as a new alter-ego named Yellowjacket, Hank Pym tells the Avengers that he killed Ant-Man. He then kidnaps the distraught Janet and kisses her against her will. 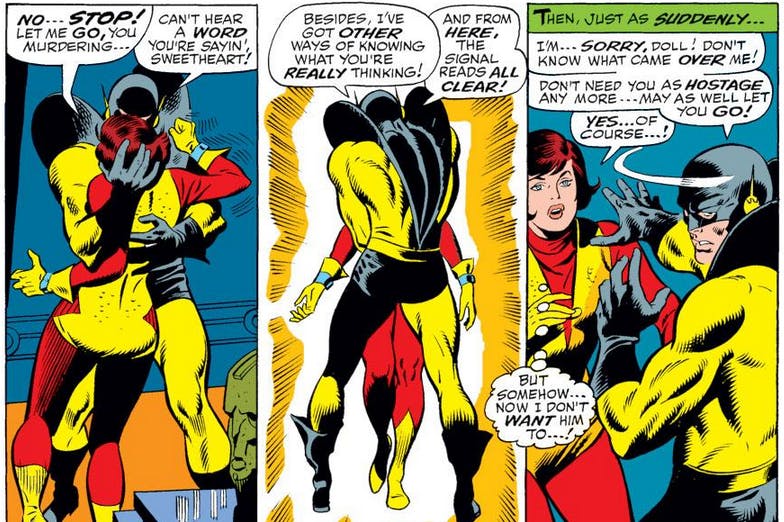 Janet and Yellowjacket wind up getting married (which doesn’t make any more sense in context, by the way), and Yellowjacket’s true identity is revealed at the wedding. Hank’s new alter-ego was a result of “accident-induced schizophrenia,” but Janet explains that she knew who he was as soon as he kissed her. So while she wasn’t just randomly marrying her kidnapper, she did trick her boyfriend into getting married while he literally couldn’t remember his own name.

As we mentioned our guide to Ant-Man, this marriage doesn’t last. Over the next few years Hank Pym grows more and more volatile, behaving cruelly toward Janet and losing the confidence of his fellow Avengers. 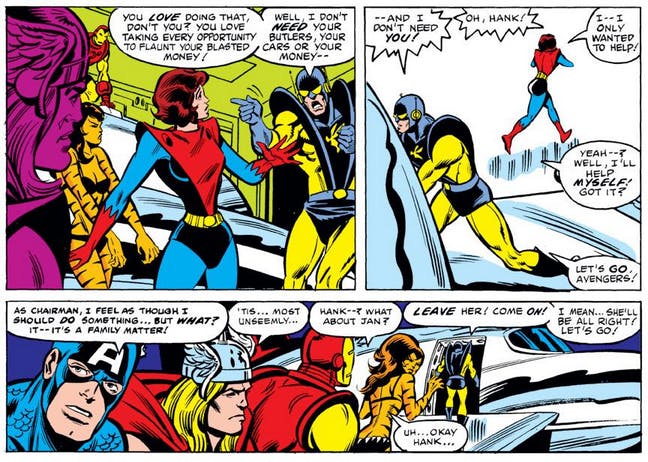 In a surprisingly sensitively written arc in Avengers #212-214 (1982), the Avengers suspend Pym from the team after he hits Janet and gives her a black eye. She decides to divorce him, and within a few issues she has been elected leader of the Avengers. One of her first decisions is to recruit more women to the team, calling a summit of female superheroes at her country house.

Wasp remains a regular member of the Avengers lineup to this day, best known in recent years for her role in the Earth’s Mightiest Heroes cartoon. But in the context of an Ant-Man movie, Marvel had a choice between acknowledging Hank and Janet’s unpleasant backstory or rewriting their relationship entirely. In the end the studio just removed Janet from the equation by retroactively trapping her in another dimension.

Perhaps Marvel decided that Hank and Janet had too much baggage for a lighthearted origin story, or perhaps the Wasp just wasn’t a good fit for the movie at hand. Either way, it feels like we missed out on a far more interesting addition to the franchise.

It would be mistake to see Janet Van Dyne as interchangeable with her daughter Hope, the tough Pym Tech executive who takes up the Wasp mantle at the end of Ant-Man. Regardless of their shared superhero name, their roles and personalities are completely different.

As a contemporary of Michael Douglas’s Hank Pym, the movie version of Janet would have been in a near-unique position in the MCU: an older female hero in a franchise overflowing with aging patriarchs. If Ant-Man had included Janet Van Dyne as an accomplished 60-something fashion designer with a secret superhero past, it would have something to address this imbalance—and livened up an otherwise sadly formulaic movie.