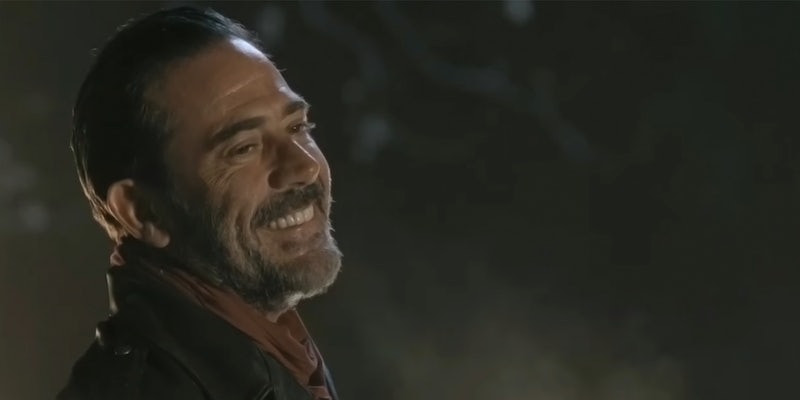 Breaking Rick Grimes wasn't the only thing it did.

Warning: This article contains major spoilers for the season 7 premiere of The Walking Dead.

The Walking Dead fans watched in horror as Negan finally executed his twisted form of justice nearly seven months after a polarizing season finale. It was an episode that started with a smash and didn’t relent, to the point where it felt like the show was punishing its audience as much as its characters.

Last season the show heavily teased Negan’s arrival—an appearance that in comics issue #100 results in Glenn’s death. The show made every hint that someone would meet the business end of Negan’s barbed baseball bat Lucille, but fans questioned whether it would follow the comics and kill off Glenn, one of the show’s original main characters, as Robert Kirkman had written it. Would it kill off someone else less popular instead?

The season 6 finale didn’t provide the answer. It let the cliffhanger—Who did Negan kill?—hang in the air, fueling its own version of the “Is Jon Snow dead” conversation for nearly seven months. No matter how the show resolved the question, it was doomed to fail in the eyes of some fans.

No matter who died, it would leave fans reeling, and despite repeated insistence from creator Robert Kirkman, it was hard to believe the show would actually kill fan-favorite Daryl Dixon, main character Rick Grimes, or Carl Grimes, who was ruled out right away—already lowering the stakes. After crossing off more minor characters who wouldn’t make the emotional impact that The Walking Dead clearly wanted, there were maybe three or four characters who could feasibly have their heads smashed by Lucille.

The sneak peek at New York Comic Con, which ended up being the first three-and-a-half minutes of the premiere “The Day Will Come When You Won’t Be,” promised even more brutality to come.

The start of this Walking Dead premiere is so enervating I'm almost impressed at the sheer gumption and audience hatred.

The unrelieved sadism of TWD is tiresome. Negan is a henchman unworthy of the word "villain." Checking back in on this show was a mistake.

Death is, of course, a major part of The Walking Dead. It’s in the name of the show after all, and the premise is literally a zombie apocalypse. In this scenario life should seem more finite. There’s no escaping becoming a zombie: that’s what awaits, no matter how or when your life ends. Soon into The Walking Dead’s TV run, it became apparent that the zombies should be the least of everyone’s worries: the kind of humans who make it this far are often more fearsome than the Walkers.

We’ve lost so many characters we love, characters we hate, and once-human zombies that we’ve lost count. They were tragic deaths, ship-sinking deaths, gruesome and disgusting deaths, and many of them senseless. Some have been justified. Pretty much all of them have been mourned on The Talking Dead’s weekly In Memoriam section.

To see how much death has impacted the show, just look at how much of the original The Walking Dead cast are still alive after more than 80 episodes.

Death is The Walking Dead’s trump card—and the only one it seems to have left. Seven seasons in it’s still playing it, and rather lazily at that.

By the time Negan threatened to kill Carl if Rick didn’t chop off his son’s arm, it was a wonder why people kept watching. It felt like the show was saying the “fuck you” to the audience that Negan, ironically enough, wasn’t allowed to say on basic cable. The Walking Dead already demonstrated that it doesn’t mind toying with its audience just for shock value—just look at Glenn’s near-death scene last season on top of the season-ending cliffhanger.

Showrunner Scott M. Gimple even said that part of writing the episode was finding out what would break us. That’s right, us, the audience.

“I think the hardest thing about it was thinking while starting the script, ‘Well, what would break Rick?’” he said on The Talking Dead, according to Entertainment Weekly. “It was all in the book, in issue 100. But looking for a way to break the audience too. Not in a way that is in any way to hurt them, but for them to believe that Rick Grimes would be under the thumb of Negan. That he would go through an experience that would do that to him. That the audience would go through the experience too, so that they would believe that Rick could do what this guy says.”

So then why would we want to continue watching when, in its aftermath, some fans’ relationship to The Walking Dead (the ones who keep watching despite complaints of how bad it is) has been compared to Stockholm Syndrome and a “Bad Relationship” TV show?

In response to the fans who vow to quit, director Greg Nicotero called it a “knee-jerk reaction” and saw those threats as a sign that they’ve successfully gotten to fans.

“I would say that [their threat] means we have done something to affect these people in a way that they don’t necessarily know how to process,” Nicotero said in a conference call with reporters Monday. “Listen… I’ve been shocked at the turns of events on [Game of Thrones]. But you know what? I still love it. And I’m still committed to seeing where that story goes. So I think it’s a knee-jerk reaction that people have, because they care about these characters. That’s a tribute to every single actor on our show that has perished. It’s unfortunate that people want to take a negative spin on it… [and especially] if that’s really what’s going to happen [and they’ll stop watching], because the show still has a lot to offer!”

The Walking Dead is far from the only show with character deaths that have devastated and angered fans—many of them with good reason. It’s a quick and dirty plot device, and in a particularly violent TV year fans are starting to push back.

No doubt fans will tune in week after week, whether it’s because they love the show, they’re hate-watching it, or they’re watching out of a sense of duty and perseverance. Soon they might see where Nicotero and everyone else behind The Walking Dead are going with those deaths and the breaking down of Rick Grimes.

But whether it was for a greater purpose or not, in the end they might’ve also broken any semblance of a relationship with The Walking Dead the audience had left.