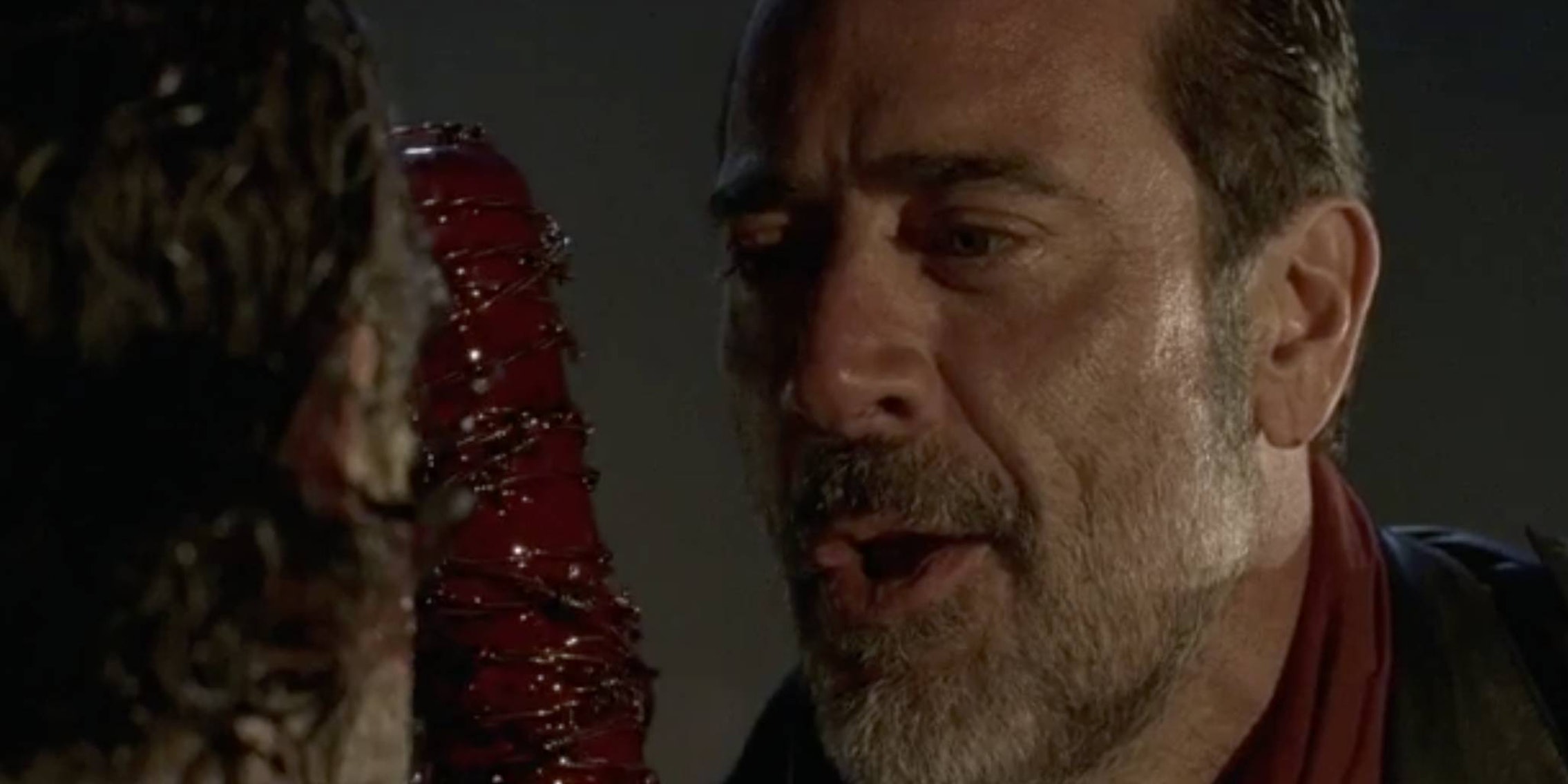 Screengrab via The Walking Dead/Twitter

We’re no closer to solving the cliffhanger of who Negan killed on The Walking Dead season 6 finale, but we know at least one person who makes it out alive—although maybe not in one piece.

The cast and producers of The Walking Dead debuted a clip from the season 7 premiere to a full house during its New York Comic Con panel Saturday night, which was quickly uploaded to The Walking Dead’s social media channels for everyone else.

Starting at what appears to be the immediate aftermath of the bludgeoning, Rick Grimes has once again survived the chopping block. Everyone else is stunned into silence, but he’s pissed. He also has some of the victim’s blood on his face, so chances are we’ll soon have expert analysis on the angle of blood splatter to narrow down who just died.

"Not today. Not tomorrow. But I'm going to kill you."
Watch this #TWD sneak peek before the Season 7 Premiere. https://t.co/PNhLVsLBnE

Except this time he’s face to face with Negan and Lucille, who won’t tolerate blatant death threats. And in that aftermath, we might finally get a scene fans have waited years to see. It just wasn’t the one we were expecting, which makes us worried for what Negan has in store for everyone else.