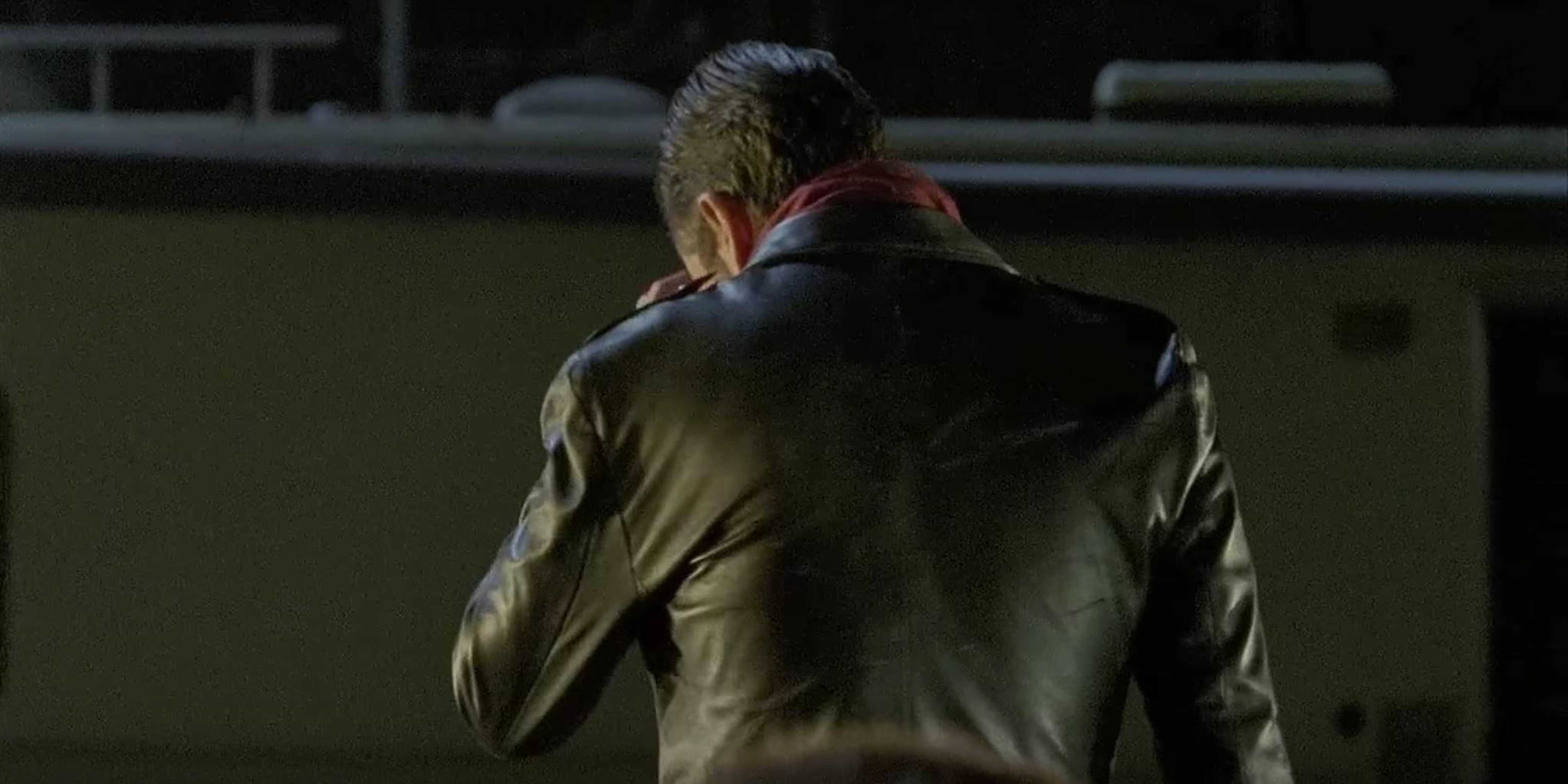 Why ‘The Walking Dead’ season 6 finale was doomed to fail

The bat has been swung, and people aren't happy with the outcome.

Negan came out swinging on The Walking Dead, but will the show’s fans stick around long enough to see who met the business end of a barbed-wire bat?

The sixth season of the incredibly popular AMC drama ended on a cliffhanger in “Last Day on Earth,” much like earlier reports of leaked details indicated. Most of the show’s main characters—Glenn, Rosita, Daryl, Michonne, Abraham, Maggie, Rick, Sasha, Aaron, Carl, and Eugene—are forced on their knees to deal with Negan (Jeffrey Dean Morgan), the leader of the Saviors. He forces them to work for him, but he decides to kill one of them to make the point stick. The only problem is, he doesn’t take a leaf out of his comic counterpart’s book (at least not yet) and has no idea who to kill. He leaves it to a round of “eenie, meenie, miney, moe” and bludgeons a character to death.

But after months of hyping up Negan’s entrance and teasing the possibility of a character’s death, the show didn’t reveal which character Negan killed. The scene was shot from the character’s point of view, and we only saw Negan swinging before the screen went black. Dialogue from Negan appears to indicate that it’s not Rick or Carl, but otherwise it’s anyone’s guess.

We won’t find out who died until approximately October—unless that reveal leaks online. And for many fans who just had to sit through a 90-minute season finale riddled with commercials, frustrating plots, and a promise of Negan that wasn’t fulfilled until minutes before the end of the episode—only to be met with a cliffhanger—it may have been the final straw.

Goodbye, #TheWalkingDead. That ending was unforgivable.

#TWDFinale in 6 words? No longer care about this show. Entire season of stupid. So disappointing – I am done. Sunday nights open next fall.

Thank you, thank you I am the first person on all of twitter dot com to make that joke I'm sure. #TWDFinale

Apparently, I'm the only person happy with #TWDFinale.

I haven't seen a trashy cliffhanger like that since Dynasty.

Can't wait to relive this #TWDFinale outrage all over again tomorrow at work around the [insert where people congregate in your office].

“When we reveal who’s on the receiving end, that’s going to be the start of another story,” showrunner Scott M. Gimple told Chris Hardwick on The Talking Dead. “The kickback effects from that, what it makes everyone into, how they react, how the world changes for everyone—that’s the next part of the story.”

“As upset as people probably are at Negan’s introduction and how he’s coming in and killing somebody who is very beloved to everyone, from his perspective, he’s the hero of his story, like most villains,” The Walking Dead creator Robert Kirkman explained. “And if we’d been following him this whole time, we’d be 100 percent on board with that.”

Basically, we’re not in another Glenn situation. Somebody did die. Once it settles in, fans will have theories about whether Negan killed Glenn as he did in the comics; whether he decided to put Daryl and Maggie (both looking a bit worse for wear) out of their misery; or whether Lucille bludgeoned somebody else to death. (One fan appears to have isolated audio that might narrow down the possibilities.)

In just over 10 minutes of screen-time, Morgan proved he was the perfect choice for Negan, along with a hint of monologuing—and his introduction was the best part of a thinly stretched episode. But the finale didn’t live up to everybody’s expectations. If you think about it, it probably never would have.

Morgan was cast as Negan back in November, and reports indicated that he’d arrive in the season 6 finale. Since then, fans have pondered and theorized who would die at Lucille’s hands in nearly every article that namechecked Negan, ours included. Would the show kill Glenn, as the comics foretold, or would it pull a curveball and kill another fan favorite like Daryl, Maggie, or Michonne?

For those keeping score at home, that’s nearly five months of Negan hype from Kirkman and the cast, including Andrew Lincoln, Steven Yeun, and Norman Reedus.

It’s not the first time that a huge book moment like Negan coming up to bat with Lucille has played out on TV. Game of Thrones, the only other genre show that comes close to matching The Walking Dead’s audience size, violence and gore levels, hype factor, and ability—or inability, depending who you’re asking—to pull off the fake-out death of a fan favorite, has at least one of those moments every season. The difference between the two shows may be how the reveals were received by those in the know. But Glenn’s comic-book death was mentioned by fans and in articles to the point where more casual fans knew about it, too.

Fans sat through a tense and uneven season waiting for that moment, and some, like HitFix’s Alan Sepinwall, were ready to quit the show even before “Last Day on Earth” aired. Add in an episode bloated with commercials and implausible moments, and, while cliffhangers are a staple on other shows, this particular one was enough for some fans to call it yet another Walking Dead stunt.

No matter who died in that moment—or if we saw it, for that matter—we’d still be angry about it. If Glenn died after escaping death on multiple occasions, fans might have felt manipulated as the show fake-killed him only to do it for real a handful of episodes later, comic canon be damned. If it wasn’t Glenn, comic-book fans might be mad that it didn’t go the way it did in the comics.

The cliffhanger wasn’t earned. It was as if the writers yanked everyone’s chains because they could, and by the time it happened, many fans had already stopped caring—or worse, they were bored.

But given the stakes and everything that led up to it, the writers couldn’t win—and they probably won’t win everybody over come season 7.

“We have to do an episode that justifies [the cliffhanger] to you,” Gimple said in response to criticism on The Talking Dead. “We have to do something so great and so intense that you’re like, ‘OK, all right, fair play.’ That’s the challenge we have, and we’re going to do it. We’re going to deliver you something fantastic.”

The Walking Dead has an apocalyptic task on its hands, but will its solution be enough? We’ll have to wait until next season for that answer.