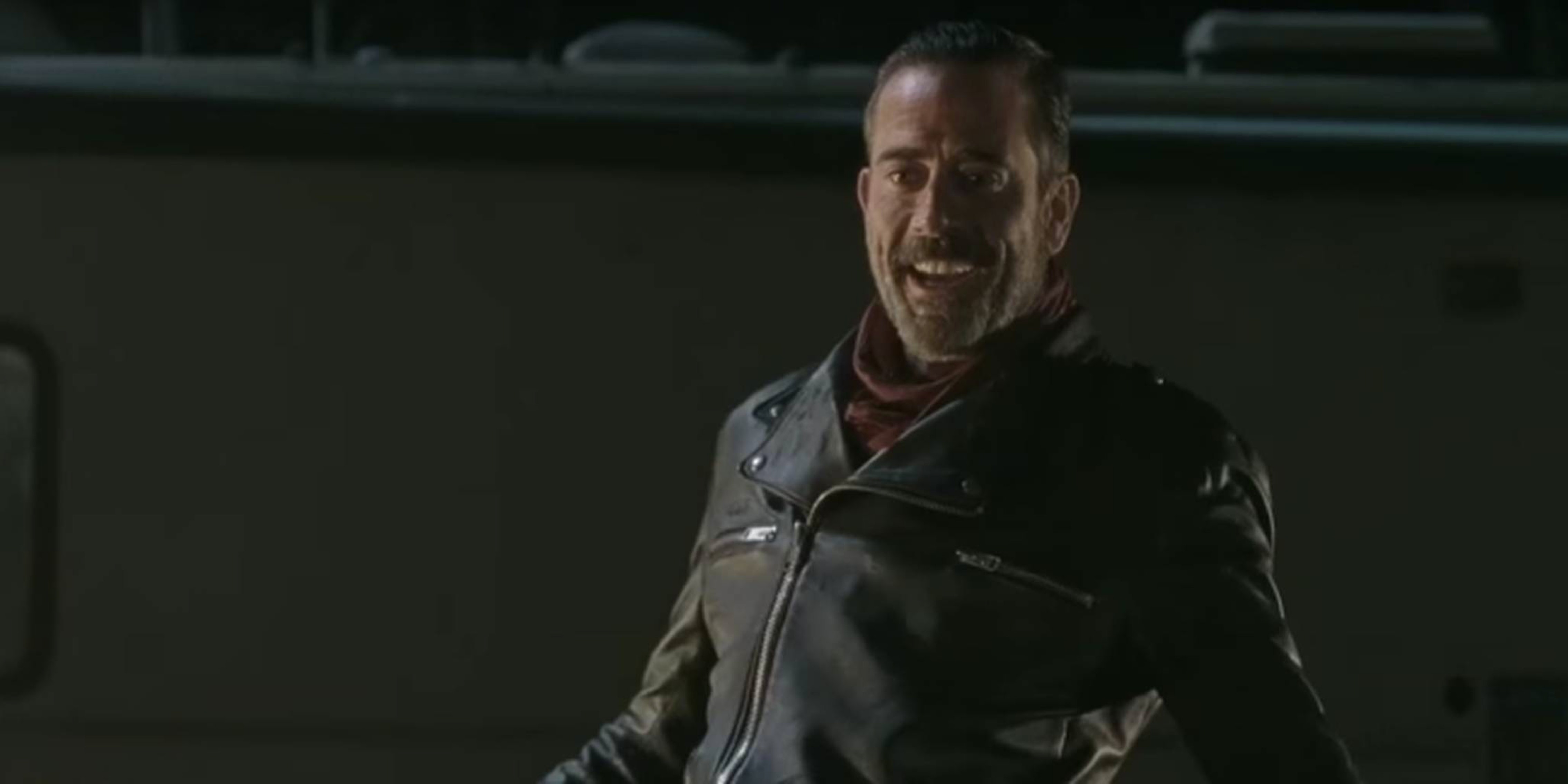 Who did Negan kill on ‘The Walking Dead’?

The show's creators are staying mum, but fans are following the trail anyway.

The big question looming over The Walking Dead’s season finale—which character would meet his or her end at the hands of Negan’s bat—ultimately went unanswered, but don’t expect fans to wait until season 7 to solve the mystery.

The controversial cliffhanger that ended the show’s sixth season left many fans feeling manipulated, even jerked around, by the writers. Some fans might stick to their word and stop watching, but the rest of them have a big question hanging over the next few months: just who did Negan kill?

If you ask showrunner Scott Gimple, no amount of breaking down audio or overanalyzing seconds of footage can reveal the character who ended up being beaten to death by Negan in “Last Day on Earth.”

“I believe there’s no way,” he told reporters in a conference call Monday. “There are a couple of things in there that might help people possibly limit the amount of people who are vulnerable, [but] I truly don’t think there’s a way to puzzle it out definitively.”

Of course, fans will try their damnedest to figure it out anyway. After all, this is a TV landscape where showrunners have had to insist that a certain character is dead on multiple occasions (and even so, nobody believes them).

The actors in the scene claim that they have no idea who died, but as Uproxx pointed out, their statements don’t exactly add up. Time will tell if they’re being honest, and, if so, whether the secret will stay under wraps once they film that scene.

In the meantime, fans will do what they do best: dive into the evidence and try to get to the bottom of who Negan killed.

Who it almost certainly isn’t

Once Negan plays the world’s worst game of “Eenie, Meenie, Miney, Moe” with the Group, he finally decides on his faceless victim. He then gives everyone a warning—one that he probably didn’t need to give, because they saw what happened when Glenn tried to go after him for suggesting that he put Maggie out of her misery before.

“Anybody moves, anybody says anything, cut the boy’s other eye out and feed it to his father, and then we’ll start,” Negan said before delivering the first swing with Lucille. “You can breathe. You can blink. You can cry—hell, you’re all going to be doing that.”

This is a pretty good indication that, for the moment, Rick and Carl are safe.

And as twisted as Negan is in the comics, he does have a moral code: He doesn’t harm women or children; he even murders one of his own men for attempting to rape a woman. If that’s also the case in the show—granted, something we don’t know yet—that would rule out Maggie, Michonne, Rosita, and Sasha.

As the recipient of Negan’s beatdown in the comics, Glenn has a big target on his back. He’s also had many close calls in the past, and his fake-out death was another controversial Walking Dead plot that frustrated fans this season. Has he become untouchable?

The clues are in the audio that plays after Negan’s first hit, which is cut off in the official AMC video. Blood runs down the screen, a la James Bond, and the screen soon goes dark. You can hear Negan say, “Taking it like a champ!” as he goes in for the kill—the same thing he says to Glenn in the comics.

Someone slowed down the audio, revealing some other possible nuggets in those last few seconds, although fans have questioned whether the audio might be misleading.

The video identifies Glenn, who calls out to Maggie as she screams while she, Rick, and Abraham all scream his name.

As some pointed out, the show alludes to the identity of the character with some clever foreshadowing, as well as a breakdown of the character from whose point of view we see the scene. And somebody slowed down Negan’s game of “eenie, meenie, miney, moe” to figure out who he picked.

One redditor used the position of the lights coming from the Saviors’ cars to illustrate what might have happened. In this account, Negan is standing near either Aaron or Sasha when he swings. One fan pointed to the audio to suggest that it may have been Aaron, not Sasha, who died.

Others have pointed to Negan’s threat about taking out Carl’s remaining eye to further suggest that it’s Aaron. When Negan says it, he points his bat to the right, leading fans to believe that the person who died is to Carl’s right. Sasha and Aaron are the only two characters between Rick and Carl.

But Aaron is a newer character, one fans might not care as much about as Glenn, Daryl, Maggie, or Michonne.

Even if everything was about to go to shit for the group, Abraham was looking to the future. He talked with Sasha about starting a new life, a trope that usually signals an impending ruthless death for a character. Plus, Michael Cudlitz tweeted at co-star Josh McDermitt (Eugene) in a way that suggested he was done working on the show. (He later deleted this tweet.) Of course, to play devil’s advocate, that tweet could have simply referred to Cudlitz being done working on the show this season.

Abraham might have escaped his comic-book death—Denise died in his place—but he might now be on borrowed time. So does this foreshadowing spell death, or is it one giant red herring?

Daryl is already suffering from a gunshot wound from the previous episode, so Negan killing Daryl might do him a favor. Fans are so protective of Daryl that many have said they’ll riot if he dies, so for some viewers, this outcome might be the one thing worse than going the comic-book route.

Whether fans stick around or follow through on their threats next season, however, remains to be seen.