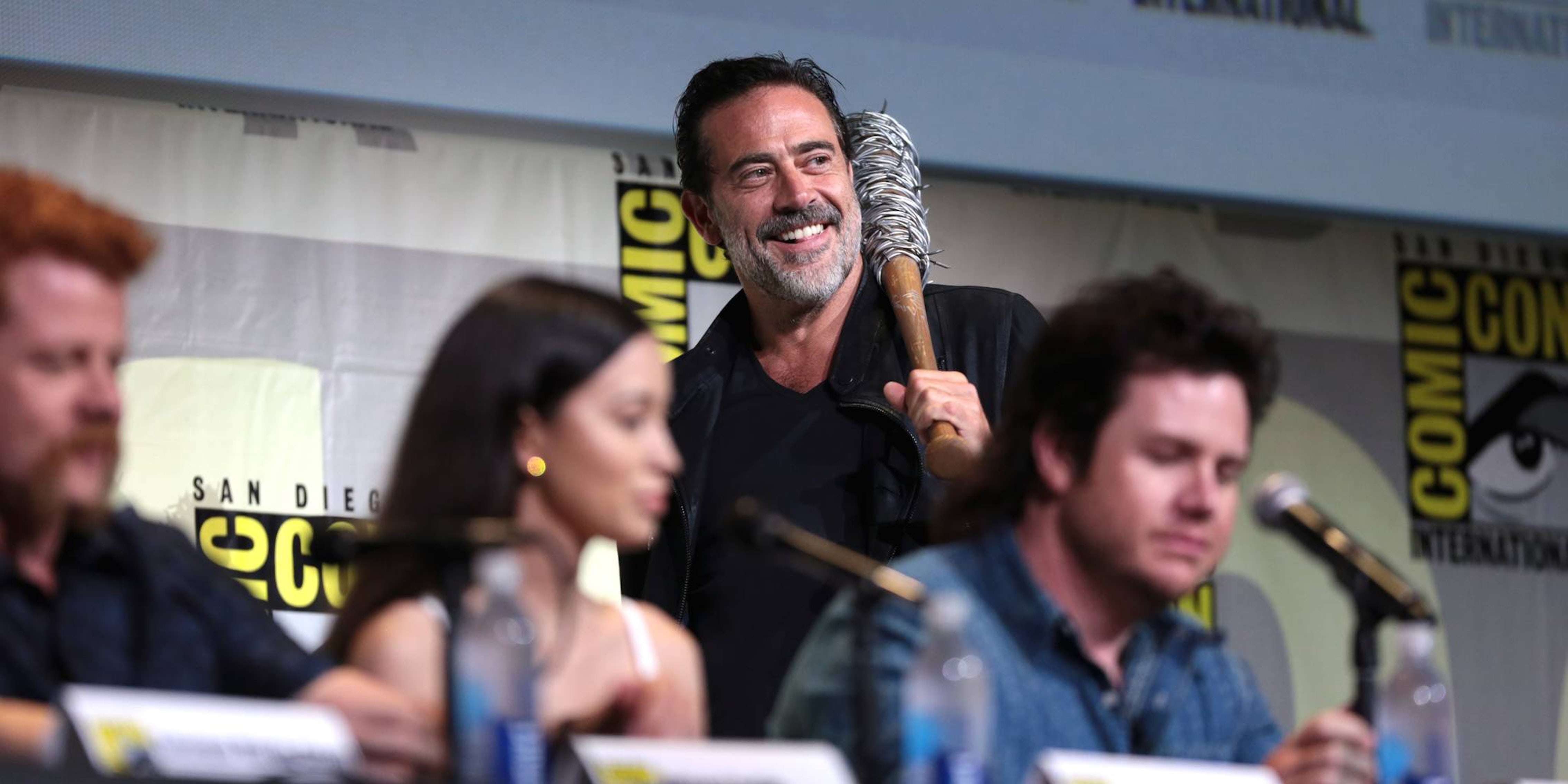 Why the identity of Negan’s victim doesn’t matter

That's one less fate to speculate about.

It’s been nearly five months since The Walking Dead left us with one of the more frustrating, season-ending cliffhangers in years: Who did Negan kill?

Negan’s entrance—easily the best part of an otherwise disappointing finale—was endlessly teased for months and at the end, it chose to withhold the identity of the person who met his or her end at the hands of Negan’s barbed-wire baseball bat that he affectionately calls Lucille. And while initial detailed analysis led fans to believe that Negan’s victim might be Glenn, Daryl, Aaron, or Abraham, one actor’s recent remarks appears to have ruled himself out of the running.

In an interview with Popsugar, Michael Cudlitz, who plays Abraham Ford on the show, discussed the season 6 finale and the repercussions of sparing Abraham from his comic book death; the show gave that death—a sudden arrow shot in the eye from Dwight—to Denise instead. And in elaborating that, Cudlitz appeared to reveal that he would be on The Walking Dead for awhile.

“[Denise’s] death spurs on a whole bunch of other stuff, and then the audience knows that Abraham will continue for a while now,” Cudlitz explained. “Now we get to see what a world with Negan and Abraham both in it will be like. That’s something we don’t see in the graphic novels. So a lot of cool stuff happens. For me, knowing that his potential death had come and gone, it was a moment to go, ‘Oh cool, they really aren’t going to stick with what the graphic novel does.’ As a fan of both the novel and the show, it was cool.”

Because Abraham died in the comics before Negan made an impression in Glenn’s head—Abraham died in Issue 98 while Negan’s first appearance was in Issue 100—we never did see the two characters interact, which now opens up a wealth of possibilities. Of course, this would mean that Abraham would have to be spared by Negan.

Uproxx, which has returned to the question of who Negan killed multiple times over the past few months, has narrowed the list of potential victims to Michonne and Maggie now that Cudlitz has essentially ruled Abraham out and other actors have been spotted on set in recent weeks.

But with a show shot with as much secrecy as The Walking Dead, there’s always the chance that the photos that occasionally get posted online are all red herrings. If The Walking Dead shot 11 different death scenes to throw off spoiler-philes, then chances are some cast members who are no longer on the show might hang around set (or be paid to do so in lieu of having to turn down work to keep up the appearance) to make it look like they’re still part of it. From other accounts, the season premiere is downright disturbing.

The fan disdain could change once The Walking Dead premieres in October as we sit down to watch the season premiere in its devastating glory and we finally learn who died at the hands of Negan. Social media fervor will pick up, it’ll trend on Facebook and Twitter, and ratings may even be at their highest. The reveal may even be worth it if it’s executed correctly—even if The Walking Dead sticks to its comic book roots and kills Glenn as Negan did on the page.

But does it really matter who Negan kills?

The Hollywood Reporter argues that the end result will be the same; it’ll be devastating and gruesome in a show full of violence and show just the beginning of what Negan is capable of. However, the anger over the cliffhanger was also the final straw for a show that, while more popular than ever, has frustrated fans for some time now. And outside The Walking Dead communities online, enthusiasm for trying to solve The Walking Dead’s cliffhanger pales in comparison to last year’s cliffhanger.

It’s been dragged out for so long that no matter who dies it’ll give fans a headache. Some characters aren’t seen as being big or important enough to the story to pull the emotional blow that The Walking Dead needs to hit and may be seen as a letdown. Others, despite claims from showrunners and writers, are seen as untouchable and this latest death might prove that once more. (Rick and Carl have been considered safe from the beginning, and Daryl fans have long said that they’ll riot if he dies.) Glenn will be a faithful adaptation, but will it worth the cliffhanger?

If Maggie dies, how big will the potential outrage over senseless violence against women and pregnancy as a death sentence on The Walking Dead spark? (And how much anger over abandoning Negan’s moral code will there be?)

We have less than two months until we get some resolution, but do people care? Some, certainly, but maybe not as many as The Walking Dead would like. In the end, possible outrage over the cliffhanger’s resolution is better for the show than indifference.